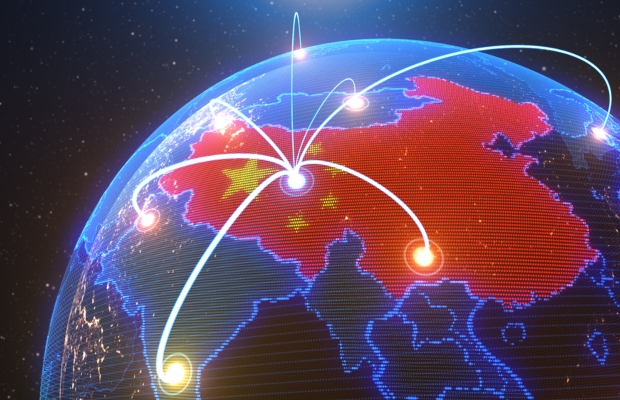 This article examines the scope of the information network dissemination right, where disputes have arisen and some of the challenges in protecting it.

The subject matters of this right include copyrighted works, performance and sound or video recordings. “Copyrighted works” here refers to the “work” as is defined by article 3 of China’s Copyright Law 2021.

According to the China Civil Code enacted in 2021 and the Provisions of the Supreme People’s Court on Several Issues Concerning the Application of Law in the Trial of Civil Dispute Cases Involving Infringement of the Right of Dissemination of Information Networks (the “Provisions of the Supreme Court”), network users and network service providers would be liable if infringement is established.

The number of cases in relation to information network dissemination right has increased sharply in recent years. Take the Beijing Internet Court as an example. Since its setup in September 2018 through to November 2021, 125,985 cases involving copyright infringement were accepted, about 99% of which concern information network dissemination right.

”Online platform operators may be both content and service providers, which sometimes imposes great barriers to courts in deciding whether there is infringement and who is liable.” - Yang Shi, CCPIT

Data shows that most disputes regarding right of information network dissemination occur in well-developed areas such as Beijing, Shanghai, Guangdong, Zhejiang and Jiangsu. This is because the rapid development of economy and technologies prompts more intellectual achievements and more online platforms or network operators—for example, Baidu, Tencent, Alibaba, ByteDance and China Telecom.

Special internet courts have been set up in Beijing, Guangzhou and Hangzhou and are responsible for deciding internet-related disputes, where copyright protection mechanisms are better enforced with sufficient judicial resources and experienced judges. According to figures disclosed by Guangzhou Internet Court, the number of internet-related copyright infringement disputes concluded in 2020 reached 28,852. Last year, 27,399 cases of the same nature were concluded.

Information network dissemination right may be protected through criminal, administrative and civil proceedings, among which resorting to civil litigation is the main choice for the right owners to obtain protection. From the reports disclosed by the Chinese local courts, more cases are concluded in settlement through the intermediary of courts than judgments.

Characteristics of acts of infringing right of information network dissemination

The internet has broken down international boundaries meaning works can now be disseminated all over the world. This means that spreading infringed works has a greater influence—and causes a greater loss.

Infringing techniques have also become more diversified. Infringement may be committed in traditional ways such as uploading works for browsing, downloading or playback; online set-time broadcasting; creating links to infringing materials, peer-to-peer services, through search engines and storage space services, and deactivating or circumventing technical protection measures. It can also take the form of non-traditional methods such as deep linking and iframe embedding.

In recent influential cases, infringement has often been conducted against online games, TV shows, films, literary and musical works when these works have wider popularity in the market. Even computer software has become a frequently infringed work.

Creation of copyrighted works often needs abundant investment of human and economic resources, and therefore license fees can be very high. However, thanks to the internet, infringement may be conducted easily through diverse devices and means, sometimes within seconds.

The anonymity and extensiveness of the internet mean it is more difficult than ever for courts to identity internet users and to find out who the real liability bearers are. Online platform operators may be both content and service providers, which sometimes imposes great barriers to courts in deciding whether there is infringement and who is liable.

The development of linking technologies and the frequent use of them have brought new issues to be considered by courts. For instance, it remains arguable whether deep linking may constitute infringement and if it does, what conditions should be fulfilled to establish infringement?

To solve these problems, different tests have been proposed in specific cases such as a server test, viewer-oriented test, and the new public test that infringement occurs where a communication is addressed to a “new public” that copyright owners had not taken into consideration when authorising the initial communication of the work.

In judicial cases, damages granted to the right owners are always far lower than the expected amounts. The right owners’ expense on enforcing their rights in and out of court is rather high compared with the low amounts of damages. In most cases, damages are decided by the discretion of judges as it is hard for claimants to prove the actual loss caused by the infringement or actual profits obtained by infringers.

Damages by discretion are decided by evaluating the severity of the internet-related infringing acts, and it is too ambiguous for the judges to come to a fair and persuasive amount of damages in these cases.

Important amendments to China’s Copyright Law have been made in 2021 to satisfy the demands of stronger copyright protection in the digital environment, yet controversies on legal issues such as how to decide between infringement and fair use have been caused by widespread use of advanced disseminating techniques. We expect more judicial interpretations and guiding cases to be made by the Supreme Court to get a better strike between the interests of right owners and the public.

Yang Shi is an attorney at CCPIT Patent and Trademark Law Office – China. She can be contacted at: shiy@ccpit-patent.com.cn