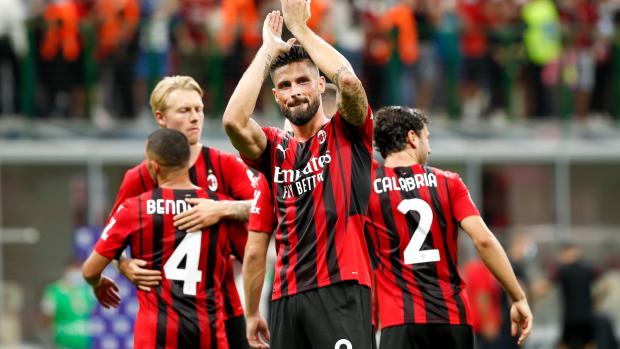 In some rare cases, a trademark’s social message must be considered when assessing if there’s a conflict, argues Claudio Balboni of Bugnion.

Most of the IP world knows what happened in case T-353/20. Many IP newsletters, blog posts, and articles spoke about the fact that the Sixth Chamber of the General Court of the European Union had rejected the registration of the figurative European Union trademark application in the name of the world-famous football club AC Milan, in connection with stationery items.

This was due to the presence of the earlier German word mark “Milan” registered by InterES Handels- und Dienstleistungs Gesellschaft.

The sentence, which was passed down on 10 November 2021, clearly and indisputably applies all the well-known principles used to assess whether two trademarks are in conflict or not.

Nevertheless, from my point of view, it would have been important to go further and to consider real-life situations.

The applied-for trademark is the device logo of AC Milan, which is surely recognisable for the majority of EU consumers.

Everybody knows the AC Milan Football Club. Moreover, most people will recognise the AC Milan logo, even non-soccer fans, like me.

Soccer is probably the most popular sport in Europe, in fact this sport has become more than just a game. Its reach can be seen in societies at large, in politics and in economies.

The error in the above reasoning lies in the fact that in the present case it would not even be necessary to invoke the “reputation” of the applied for mark, as the issue can and must be resolved merely based on the global assessment of the risk of confusion.

This global assessment must also be made by taking into account the “conceptual” similarity of the signs.

“The instant conceptual and visual message conveyed by the AC Milan sign, as a ‘social fact’ and not as a well-known trademark, is surely sufficient to exclude any risk of confusion.”

In this case the General Court surely considered the conceptual aspect, yet carried out an ordinary conceptual comparison which, in my opinion, is not fit for the case at issue.

The Court affirmed that the word Milan “may be associated […] with the Italian city of Milan and […] with the male first name Milan” (paragraph 103).

While carrying out a comparison each Court judge must refer to the available facts and its own social knowledge and experience. The fact that the term “Milan” may be a male first name is likely to be within the personal knowledge of the relevant judge.  Furthermore, it is according to the geographical knowledge of this same judge that the name “Milan” may also refer to a city in the north of Italy. Both facts are well known and therefore do not require further evidence to be corroborated.

To affirm that Milan could be a first name or the name of a city, the judges did not have to examine evidence, but simply relied on their own knowledge.

However, it may also be considered common knowledge that a certain logo, in particular the emblem of a world-famous soccer team, has a clear and specific meaning which can be grasped directly by the public.

Following the above reasoning, it would not even be necessary to invoke the reputation of a trademark to reach such a result.

A judge would simply have to apply his/her own knowledge, to understand the meaning and uniqueness that may be assigned to a certain logo by the average consumer.

I hold that the message conveyed by the AC Milan logo is clear in the mind of each judge of the Court: he would simply have to accept that, in this extraordinary case, a trademark is a social concept and conveys a clear and specific message that must be considered while carrying out the global assessment.

This message may be easily perceived from a visual point of view as well. The trademark applied for is a symbolic representation, that without any doubt is a public identification of AC Milan.

The instant conceptual and visual message conveyed by the AC Milan sign, as a “social fact” and not as a well-known trademark, is surely sufficient to exclude any risk of confusion. The well-known principle that provides that when a trademark is composed of both verbal and figurative elements, the former usually has a stronger impact on the consumer, can not be applied in this special and singular case, since the device plays a decisive role in differentiating the signs.

In my opinion, there is no doubt that when person encounters a shop and sees a notebook, pen or pencil case bearing the AC Milan logo, he/she will surely link this logo to the world-famous football club. As a consequence, any possibility of confusion may be avoided.

I admit that the identification of trademarks that must be considered “social facts”, is not straightforward. Yet this is what happens with interpreting social facts: there are no black and white answers, but only grey ones.

Claudio Balboni is a trademark attorney at Bugnion. He can be contacted at: claudio.balboni@bugnion.eu

Lewis Roca adds to its IP group in LA