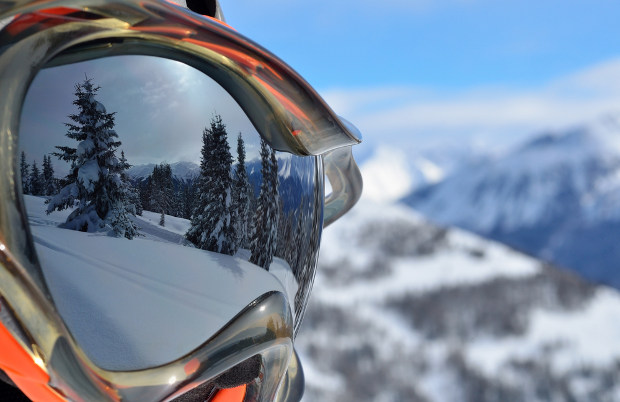 Winter sportswear company Demon International has won an appeal ordering the partial cancellation of a trademark after the General Court of the European Union ruled it was likely to cause confusion.

The decision is the result of a six-year battle between US-based Demon and Italian company Big Line Sas di Lorenzo Graziani (Big Line).

Both are providers of sportswear equipment, and Demon had complained that Big Line’s figurative community trademark (CTM), which featured the word Demon, would make customers assume the products were related to its own.

In a judgment released on February 13, the General Court (GC) upheld a previous decision by the Office for Harmonisation in the Internal Market (OHIM) to cancel the CTM in relation to certain classes.

The dispute began in 2008 when Big Line successfully obtained the CTM which featured the word alongside an image.

The CTM (6375398) was registered under class 9, covering items including ski and snowboarding masks, sports glasses and other protective masks.

However, a cancellation action was brought by Demon International at the cancellation division (CD) at OHIM based on an earlier CTM it had acquired.

Demon’s CTM (850334), for the word ‘Demon’, was granted in 2005 and registered under class 28, including snowboarding gear and snowboard protection bags.

The CD partly upheld the action and partially cancelled the Big Line CTM, ordering its revocation in relation to ski and snowboard masks.

However, following an appeal against the decision, OHIM’S Board of Appeal (BoA) annulled the decision, ruling that, even though the signs were similar, the products were only slightly similar and would not cause confusion.

However, after Demon appealed, the GC agreed with the initial CD decision, and said the Big Line goods had a medium degree of similarity with Demon’s, adding that they were also aimed at the same consumers.

“The final outcome is correct and I think the ruling is in line with previous decisions of the GC and OHIM’s guidelines,” said Paolo Lazzarino, partner at law firm NCTM Studio Legale Associato in Milan,

“The core of the decision relates to the interpretation given to the concept of complementarity to assess similarity between products.

“The court has considered complementary those products that, being traded within the same distribution channel, are expected by the average customer to be usually marketed under the same trademark.

“In a sense this is a good decision for trademark owners because it limits the boundaries of similarity between products. In the relevant case, the GC recognised that 'snowboard gear' is similar to 'ski glasses' and 'snowboard masks’, but not to eyewear and sports glasses. That is quite reassuring."

The GC added that, when assessing the likelihood of confusion, the similarity of the CTM itself must be taken into account as well as the products offered.

“According to settled case-law, the global assessment of the likelihood of confusion must, as regards the visual, aural or conceptual similarity of the signs, be based on the overall impression created by them … ” Judge Irena Vishnevskaya-Bialecka wrote.

“It is appropriate to conclude that the word 'Demon' dominates the visual impression,” Vishnevskaya-Bialecka wrote, adding that Demon’s CTM consisted of only wording.

Vishnevskaya-Bialecka added: “The perception of the marks by the average consumer of the goods or services in question plays a decisive role in the global assessment of risk. In this regard, the average consumer normally perceives a mark as a whole and does not proceed to analyse its various details.”

Lazzarino added: “An appeal [to the Court of Justice to the European Union] would largely depend on Big Line’s business. If it is mainly focused on ski and snowboard equipment then perhaps an appeal would be expected.”

Both parties were ordered to meet their own costs.