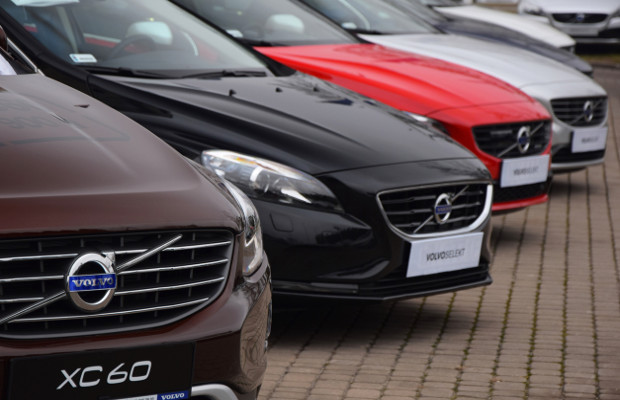 Petter Rindforth of Fenix Legal reports on a case involving car company Volvo which clarifies the rules on using geographical indications in Sweden.

According to chapter 1, article 5 of the Swedish Trade Marks Act, a mark can be devoid of distinctive character if it consists exclusively of signs or indications which may serve, in trade, to designate the kind, quality, quantity, intended purpose, value, geographical origin or other characteristics, or the time of production of the goods or rendering of the services.

The question is what exactly is seen as a non-registrable “geographical origin”. Obviously not ‘Made By Sweden’, according to a notable case.

In January 2014, the well-known car manufacturer Volvo initiated an advertising campaign called “Made By Sweden”. It was promoted through television and cinema advertising, advertising in newspapers and magazines, promotional activities on the internet and through outdoor advertising.

The campaign and trademark become well known in a short time, no less because of the fact that it involved the world-famous Swedish football player Zlatan Ibrahimović and the popular artist Robyn. After only 26 hours it had reached one million views and had 100,000 shares on YouTube.

In May 2016, the television channel TV3 launched a series named “Made By Sweden”, in cooperation with Volvo, the Swedish Olympic Committee (SOK) and the Modern Times Group (MTG), referring to the upcoming Summer Olympics of that year in Rio de Janeiro, Brazil.

However, in the time between, Green Stapler, a small Stockholm-based company applied for registration of ‘Made By Sweden’ in November 2014 as Swedish national trademarks, followed by an international application in a number of classes, including goods and services related to transport and vehicles.

Further, Volvo applied for Swedish national, EU and international trademark registrations for ‘Made By Sweden’, and initiated invalidity proceedings against Green Stapler’s registrations. In November 2017, Green Stapler submitted an application of summons to the Patent and Market Court (PMD), filing for an injunction forbidding Volvo’s use of the trademark, for a penalty of 0.5 million SEK ($55,000).

Volvo’s invalidity claim was based on likelihood of confusion with its unregistered trademark rights to ‘Made By Sweden’, and bad faith on the part of Green Stapler. Volvo argued that already in 2014, prior to Green Stapler’s trademark registrations, 95% of the adult Swedish population had knowledge of Volvo’s campaign.

The court made its decision on February 26, 2018 (PMT 4791-17). The PMD concluded that Volvo’s campaign was not strong enough to claim unregistered trademark rights to ‘Made By Sweden’ at the time of filing of Green Stapler’s trademarks.

Here, the PMD took into consideration Volvo’s evidence of the extensive marketing campaign, that Green Stapler had applied for goods and services relating to transport and vehicles without being in that industry, and that the trademarks were not in use. The PMD ordered Green Stapler’s three trademarks to be cancelled and the company to pay 1.8 million Swedish SEK for Volvo’s legal costs.

‘Made By Sweden’ is now well-known and related to Volvo. Companies that want to indicate Sweden as the base for their goods and services will have to find something else. Perhaps ‘Made For Sweden’ is an alternative, at least in combination with some other words.

As of today, ‘Made For Sweden’ is included in only one Swedish national registration, namely No 359535, ‘Fjällsländan lx Hand made for Sweden in High Modulus LX graphite’ (figurative), covering goods in class 28.

‘Made In Sweden’ on the other hand is part of 43 existing Swedish national trademarks—although none of them is a pure word mark, which is perfectly in line with chapter 1, article 5 of the Swedish Trade Marks Act.