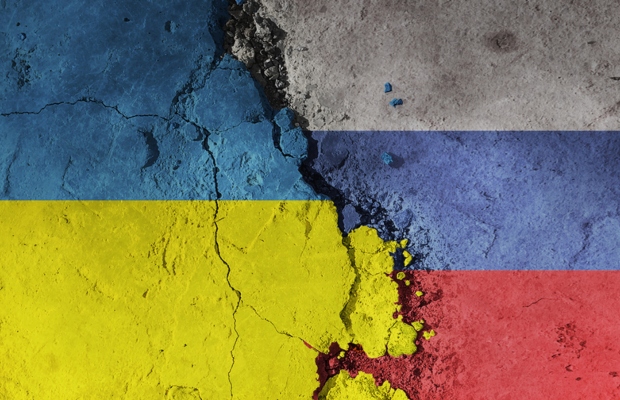 The impact of Russia’s invasion has led to some surprising effects on trademarks both in and out of Ukraine, say Diogo Antunes and Anna Shcherbyna of Inventa.

In 1991 due to the disintegration of the Union of Soviet Socialist Republics (USSR), Ukraine regained its independence and a new era for the Ukrainian economy began. Numerous business opportunities arose for entrepreneurs who were then beginning to emerge.

New products and services multiplied in the market and so did the need to create legal mechanisms that would guarantee the protection of the rights of the trademarks’ owners. For this purpose, the Ukrainian Institute of Industrial Property (UKRPatent) was created in 2000.

However, this trend was interrupted by the Russian invasion of Ukraine in 2014, which resulted in the occupation of some Donbas territories and the annexation of Crimea. That year, real GDP fell to UAH 1.37 trillion, but the following year it resumed growth, amounting to UAH 1.43 trillion.

In 2022, once again Ukraine is experiencing a military attack from its biggest neighbour to such an extent that the economy of this European state is suffering a severe blow.

The economic tremors are directly reflected in the number of trademark applications to UKRPatent. This article investigates the status of the trademarks related to Ukraine in the periods covering the beginning of these armed conflicts between Russia and Ukraine.

The invasion carried out by Russian troops on February 24, 2022, presents a different scenario. In the same month, the number of applications (2,809) was still at the average level registered over the last few years. In March, however, there was an extreme decrease, which translated into 1,241 trademark applications.

The IP bulletins, however, are still being published regularly and registrations are being requested across a wide variety of classes, both by domestic and foreign owners.

Since February 24, we have noted an increase in applications for registrations of trademarks from Ukraine-based applicants in other countries compared to the same period in 2021. The most sought-after jurisdiction is the US, to which 17 of the 38 trademarks applied for abroad are directed. About 22% of these marks cover beverages in class 32.

The beverage sector, and in particular beer, proved to be particularly vulnerable in this conflict. The most striking example is that of a popular local beer brand, Chernigivske, whose owner, the world's largest beer producer Anheuser-Busch InBev, has applied for several trademarks not only in the US but also in Mexico and Argentina. The first two countries are some of the largest per capita beer consumers in the world.

The brand's production facilities are based in the city of Chernihiv. This city north of Kyiv was severely devastated in the early days of the war. Access to water, electricity and gas, crucial to the production of the product, as well as access to logistics, were cut off.

Additionally, the imposition of a temporary ban on the sale of alcoholic beverages by the Ukrainian authorities halted the sale of beer that was still in stock in various parts of the country.

There is another trademark that caught our attention. It is ‘Starlink' by SpaceX, filed in Ukraine by Elon Mask’s Space Exploration Technologies and published on April 16, 2022.

We find this publication loaded with symbolism, since the entry of Ukraine into the state-of-the-art technology, covered by the trademark mentioned above, is an unprecedented turning point in this battle.

Currently, the lack of human resources is pointed out by experts as the main obstacle to economic activity in the country. Many working-age men and women have been mobilised or have left the country for safety, not to mention the large migratory flow within Ukraine itself.

Businesses which cannot keep up with the displacement of the population suffer from a lack of labour. According to a study by Advanter Group, about 48% of small and medium-sized businesses in Ukraine are in this situation.

However, the IT sector has revealed itself to be particularly immune to war missiles. As of January 2021, the share of IT was 37% of exports of all services in Ukraine. Last year, exports of Ukrainian IT services increased by 36% to $6.8 billion. At present Ukraine relies on the digital industry to respond to the immense economic challenges that are piling up as the conflict persists.

Taking advantage of the inevitable reduction in the presence of Russian IT engineers on market, Ukrainian specialists have a chance for even faster development in the industry. Exporting digital products is fast, practical, and presents far fewer risks associated with war when compared to exporting physical goods or raw materials.

In addition, labour mobility is incomparably greater. The proprietors of the largest Ukrainian IT brands such as SoftServe, Intellias, and Sigma Software, among others, evacuated numerous employees and their families to safer locations abroad.

On the one hand, this is a forced expansion, but on the other hand, this measure will surely have positive effects on production stability and consequent further development.

It is worth noting that new technologies have paved the way for other industries as well, such as the fashion industry.

During this war, Vogue Italia has shown its support to Ukrainian fashion designers by featuring their brands and dedicating articles to the Ukrainian cause. Naturally, we received this information from digital sources.

Many Ukrainian fashion bloggers and fashion influencers, who own trademarks in Ukraine and/or abroad, have transformed their social media into a battlefield. Their smartphones are their loudspeakers for spreading information about Ukrainian brands and making appeals for help and support to their colleagues and followers worldwide. And these appeals are being heard and answered. 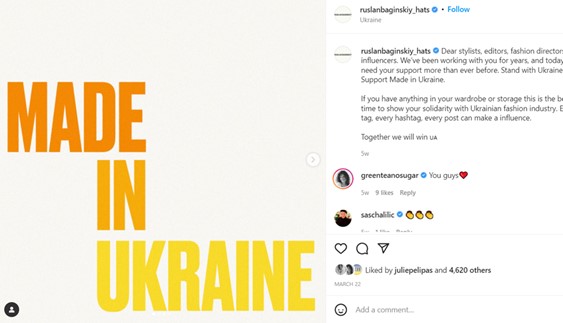 A wave of solidarity has painted the world in blue and yellow, the colours of the Ukrainian flag. A country whose existence is disputed on the battlefield has gained enormous visibility and has become a major trend around the world.

The demand for products alluding to Ukraine and its culture, especially elements of clothing and accessories, is increasing. Famous fashion houses have taken inspiration from Ukraine for their latest creations. 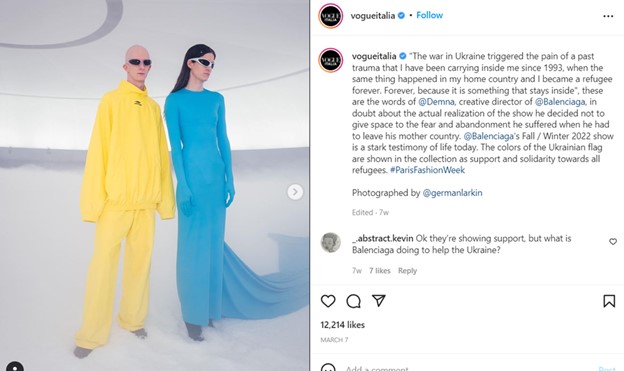 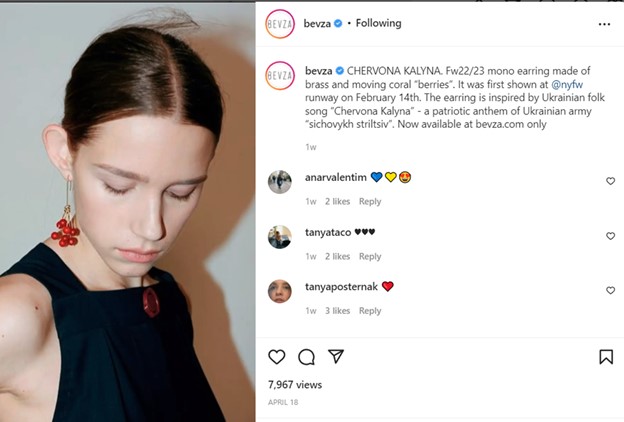 Will this be a lasting trend? Time will tell. Meanwhile, we are watching the doors of the Western world opening to Ukrainian brands.

The measures which, at first glance are being taken for the sole purpose of ensuring the survival of Ukrainian business, may bring great dividends in future. The desperation that forces national products and services to cross borders has apparently worked as a catalyst for the extension of Ukrainian brands into new markets.

It may be an opportunity for brands to win over new consumers and establish themselves in these markets for decades to come. If that happens, rebuilding the economy will be a much easier task when peace reigns in Ukraine again.

As can be seen, war stifles a country's economic activity, while a big war stops it entirely. However, the IP in general, and trademarks in particular, have shown extraordinary flexibility and a capacity for adaptation even during the worst of times.

These days, Ukrainians are not only defending their national dignity, but also the inclusion of their quality brands. All that remains for us is to support them in this tough struggle, hoping that "Life will win over death, and light will win over darkness” (Volodymyr Zelenskiy).

Diogo Antunes is a trademark and patent attorney at Inventa. He can be contacted at: dantunes@inventa.com

Anna Shcherbyna is an IP paralegal at Inventa. She can be contacted at: ashcherbyna@inventa.com