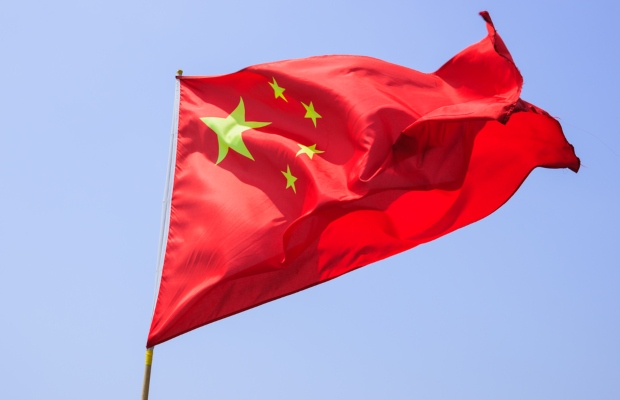 China has adopted a fourth amendment to its Trademark Law, intensifying restrictions on bad-faith trademark filings.

China’s legislature approved amendments to its Trademark Law on April 23, 2019, signifying that the Chinese trademark authority is taking a more serious view on the pernicious problem of bad-faith registration and stockpiling.

In all, the Standing Committee of the National People’s Congress (PRC) approved amendments to eight laws, including the Trademark Law and the Anti-Unfair Competition Law (AUFC). While these amendments became effective immediately following the announcement, the Trademark Law itself will take effect on November 1, 2019.

The amended Trademark Law targets counterfeiting by allowing civil courts to award increased levels of punitive damages. The changes also tighten restrictions on trademark misconduct in several key ways, including allowing authorities to impose fines and penalties not only on bad-faith filers, but also on trademark agents.

The new policy of holding trademark agents responsible is in line with INTA’s recommendation that the Chinese trademark authority introduce “a clear duty for trademark agents to confirm that, to the best of their knowledge, applications filed through the agency have not been filed in bad faith.”

Under the new amendment, “bad faith” now constitutes practical grounds for use in examination, opposition, and invalidation proceedings. And for the first time, bad-faith actors— whether applying for trademarks or bringing up malicious lawsuits— will now be subject to administrative and judicial punishment.

The amended law also adds disincentives against trademark infringement by expanding the scope of destruction of infringing goods to include the tools and materials used to make such articles.

The approved changes will help to ensure a more consistent application of the law by formalizing what was already common practice in the courts in cases relating to bad-faith issues. This codification will equip brand owners with legal recourse, rather than providing mere guidance.

Previously, the Trademark Law required that “the principle of good faith” be upheld, and that administrative departments “put an end to any practice that deceives consumers.” But these constraints were not effectively applied in practice.

Background to the Current Amendment

The last time the Chinese government approved an amendment to its Trademark Law was in 2013 (with the law becoming effective in 2014).

By 2018, the number of applications filed in China had increased four-fold, from 1.8 million in 2013 to nearly 7.4 million, according to data published by the China National Intellectual Property Administration (CNIPA). This is nearly twice the number of trademark applications filed in all other intellectual property offices combined that same year.

Contributing to this rapid growth, the China Trademark Office (CTMO) halved its official filing fees in 2017. In addition, the introduction of electronic filing made it significantly easier to file applications, particularly for local entities.

The CTMO on April 2, 2018, announced plans for the fourth revision of the Trademark Law, and invited public comments.

INTA submitted a written response on July 31, 2018, and also participated in discussions with other organizations and Chinese government agencies. On March 14, 2019, INTA submitted comments on the Draft Certain Provisions for Regulating Applications for Trademark Registration.

In its comments on the proposed revision, INTA highlighted that “a growing concern for brand owners in China is the issue of bad-faith trademark registration.”

One Chinese practitioner estimates that bad-faith applications may account for as many as one in three trademark applications filed in China.

"We have seen trademark applications filed literally a day after a [social media] influencer has posted." Mirjam de Werd

“We have seen squatters with 500 trademarks registered under one name. Often they are filed as soon as new brands are launched at London Fashion Week or Paris Fashion Week,” says Gloria Wu, Partner at Kangxin Partners, P.C. (Beijing). “The squatters are getting smarter and more sophisticated now, for example by filing applications for promising marks and then waiting to offer them to the brand owner.”

Questionable behavior by some bad actors in China over the past few years has exacerbated the bad-faith problem. The low cost of applications enabled opportunistic filers to apply for hundreds or even thousands of trademarks, and to file tactically using China’s sub-class system.

With the spread of social media and overseas travel, small Chinese entities often file trademark applications for foreign brands as soon as they are launched. “They often follow influencers on social media, and we have seen trademark applications filed literally a day after an influencer has posted,” says Mirjam de Werd, Trademark Attorney at Abcor merkenbureau (the Netherlands), formerly trademark manager Asia-Pacific for Danone’s Baby and Medical Nutrition Division.

Speculators have also become smarter, according to Elliot Papageorgiou, Head of Intellectual Property at Clyde & Co. (China): “We have seen pirates offering a license to the trademark, rather than offering to sell it to the brand owner. Not only does this guarantee them a steady income stream, but it also enables them to control access to the market. Another tactic is to file an application for a trademark that is well-known for a product, such as ‘tires,’ for related services, such as ‘garage services.’”

What Else Can Be Done?

While the newly approved revisions to the Trademark Law address some of the challenges posed by increased trademark applications, other issues may require practical changes, such as the following:

What remains to be seen is the examination criteria of “intention to use” and how to ensure that legitimate defensive filings by brand owners will not become collateral damage.

On the same note, the question remains: how should trademark attorneys advise their clients to ensure the compliance with the Law without doing harm to themselves?