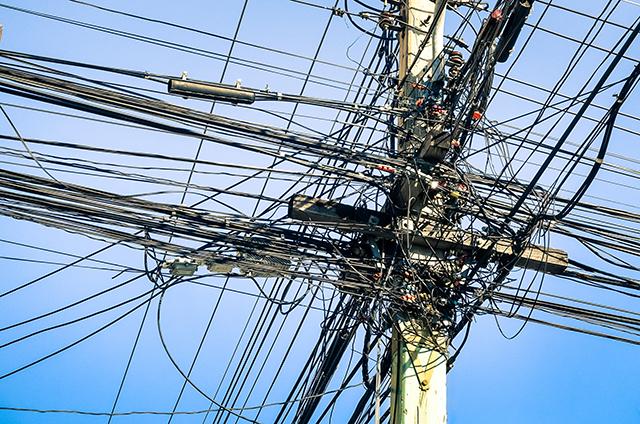 Conclusive interpretations of laws on taxation of IP are still emerging in India, and there have been several conflicting judgments as a result of opposing views adopted by various state laws. Mahua Roy Chowdhury of Solomon & Roy reports.

As one of the most rapidly developing fields in India, intellectual property rights have attracted their fair share of complexities. IP is not explicitly defined in India’s Income Tax Act 1961 but has instead been indicated as “block assets”. Block assets comprise tangible and intangible assets wherein the intangible assets include patents, copyrighted works, trademarks, licences, franchises or any other business or commercial rights of a similar nature.

Several Indian courts have already recognised IP as “goods”. An analysis of some case laws in India provides guidelines on significant interpretation in IP-related transactions and an insight as to how India’s Income Tax Department interprets an IP transaction, ie, whether it is deemed a sale, service or both. Sales tax is levied by individual states whereas the service tax is a subject matter of the federal government.

In the 2011 case CIT v Mediworld publications, the issue before the Delhi High Court was whether income arising from an asset transfer agreement is taxable under ‘business income’ or ‘capital gain’. Mediworld transferred its healthcare journals and communication business, which included its copyright-protected work and trademarks. Mediworld contended that it had created the intangible assets and therefore the cost of acquisition of these assets was zero. Therefore the consideration received on the sale of these intangible assets should be treated as long-term capital gain. The tax authority, however, contended that since IP is a self-occurring asset and the cost of acquisition is negligible, the sale of the rights to use the trademark would come under business income.

When there is no sale

The precedent laid down by the Supreme Court in BSNL v Union of India in 2003 is significant.

In this case, BSNL, a telecoms company, contended that there is no ‘sale’ for providing mobile phone facilities to subscribers. Several states cannot levy sales taxes on it and it is subject only to service tax by the federal government. The court held that the nature of the transaction involved in providing a telephone connection may be subject to both sales tax and service tax, provided there is discernible sale.

Further, there may be a transfer of rights to use the goods if the goods are handset devices or SIM cards. However, the court held that electromagnetic waves or radio frequencies are not ‘goods’ under the Constitution of India (1949).

"In the case of intangible goods, the right to use them is capable of being transferred and if transferred it may be subjected to tax."

In another case, Tata Sons v State of Maharashtra, the issue was related to the 1985 Maharashtra sales (value-added) tax (Maharashtra Sales Tax on the Transfer of Rights to use any Good for any Purpose Act).

Tata Sons, an asset-holding company and part of the Tata Group, entered into a brand equity and business promotion agreement with its group companies wherein the subscribing companies were allowed non-exclusive rights over the plaintiff’s trademark ‘Tata’. The sales tax department opined that the agreement relating to “transfer of right to use” is subject to additional tax.

The primary issue raised in this case was whether the agreement comes under the purview of the “transfer of right to use any good” under the 1985 act. The Bombay High Court among several others also relied on the 1996 judgment by the Supreme Court in Vikas Sales Corporation v Commissioner of Commercial Taxes which recognised trademarks as ‘goods’ and observed that, in the case of intangible goods, the right to use them is capable of being transferred and if transferred it may be subjected to tax.

The above judgment also resulted in passing of a trade circular in July this year which declared that Maharashtra value-added tax is applicable on transactions involving the transfer of right to use intangible goods (including trademarks and copyright), even if the rights are transferred to more than one person (non-exclusive licence). Tata Sons has filed an appeal against the decision at the Supreme Court and the case is pending.

In another copyright-related case, in 2005 (TCS v State of Andhra Pradesh), it was held that copyright in a computer program remains with the originator of the program, but the moment copies are made and marketed, they become ‘goods’ qualifying for sales tax.

It is pertinent to note that the language and wording used in an agreement is strictly construed by the tax authorities. However, whatever language one uses it seems one or the other tax will be incurred, either as a service or as sales. In the event it is construed as a sale the licensor has to pay taxes levied by the states irrespective of whether it is subject to service tax (a federal tax) as well.

However, the Tata Sons case pending in the Supreme Court can bring in more clarity to the several cases already decided by the courts of this country.

Mahua Roy Chowdhury is managing partner at Solomon & Roy. Chowdhury is a registered patent attorney and has almost 19 years of experience. She specialises in all forms of IP and has resolved several disputes relating to trademark, copyright and software infringement. She can be contacted at: mahua@solomonandroy.com