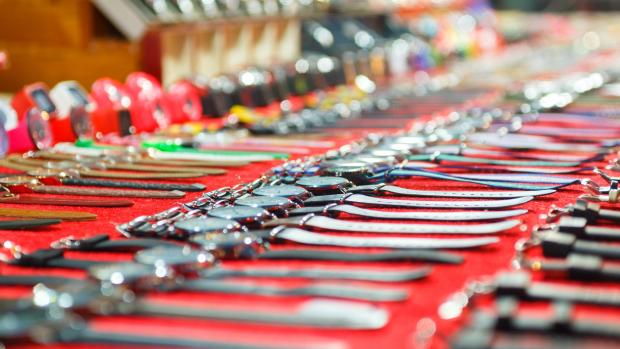 This year’s EUIPO Youth Scoreboard shows access to counterfeit goods and pirated content is on the rise. Mariana Hazt Lencina of Inventa explores what can be done.

If it is possible to access entertainment content on a paid streaming service, it is also possible to find on the internet the same movie, music or game on platforms that provide this access sometimes for free and without the proper authorisation. The same occurs with counterfeit clothing and footwear, available for reduced prices.

According to the 2022 IP Youth Scoreboard, released by the European Union Intellectual Property Office (EUIPO) in June 2022, the intentional access to counterfeit products or pirated digital content has increased.

The main objective of the study, carried out by the EUIPO, is to understand the perceptions of young people in EU member states regarding intellectual property rights in the digital field. The first edition occurred in 2016 and it is possible to identify changes in the perceptions of online consumers since then, mainly after the COVID-19 pandemic, when online purchasing increased.

According to the Youth Scoreboard, in 2019 only 14% of respondents confirmed that they had intentionally purchased counterfeit goods. These numbers jumped during the COVID-19 pandemic, reaching 37% of respondents in 2022.

The results of the 2022 study indicated that cost is the main factor for intentional purchases of counterfeit goods, as it was in 2016 and 2019, with 48% of respondents affirming that cheaper prices were the main reason they bought fake goods.

The second main reason was a lack of concern that the product was fake (27% of respondents) and the belief that there was no difference between the original and the counterfeit product (24% of respondents).

Regarding access to platforms of online content such as movies, TV series and music, the main reason for intentionally using illegal sources was the high costs of the legal streaming services. In the survey results, respondents voiced their frustrations and feelings of injustice about this situation, suggesting that accessing illegal content was almost an act of protest.

This behaviour could benefit consumers if it prompts the legal platforms to review their prices and the advantages to subscribers. However, winning over the younger generation to paid content is a challenge if they consider broad access to illegal sources to be a form of democratisation and means to culture for all.

It is possible to find ways to improve the results indicated in the EUIPO research. For a start, a focus on risk awareness could help to change the attitudes of young people towards illegal content and fake goods.

In the study, the respondents affirmed that they would think twice before proceeding with a purchase of counterfeit goods or accessing illegal sources if there was more information regarding the risks.

It is important to note, however, that the risks that concern young people relate to their own losses, not to collective, social or commercial damage. The main red flags that the respondents said would make them think again about accessing illegal content or products were the possibility of credit card details being stolen (43%), the absence of a guarantee for the product (34%) and the risk of their computer being infected by viruses (34%).

Other factors that the respondents said would influence their decision was the probability of fake products being prejudicial to health (31%) and the risk of punishment (22%).

The question remains as to how to combat the counterfeiting trend perpetuated by the younger generation. Part of the solution certainly lies in understanding that for these consumers, social media apps are the main influence on behaviours or trends and that paid publicity can dictate choices through repetitive results appearing on a smartphone screen.

According to this study, some social media influencers have contracts with providers of counterfeit goods to promote the sale of these items. This promotion can increase access to illegal sources and, as proved by the research, influence young people’s behaviour.

In the EUIPO’s Youth Scoreboard survey, some of the respondents stated that a lot of influencers advertise original and luxury products, which stimulates the search for similar products.

But other respondents revealed that in some social media apps, where videos are shown according to users’ preferences, users can be directed to videos or posts with influencers promoting fake products. These videos often demonstrate a comparison with the original, or tests that show some ‘quality’ of the counterfeit products, as feedback of the purchase.

With great power comes great responsibility. In the same way that social media influencers can induce their audiences to consume certain products and services, it would not be absurd to demand that they direct their followers to the enforcement of laws and the purchase of legal products. Maybe it is time to start thinking about the social function of digital influencers. It is not only about rights and privileges, but also about duties.

Furthermore, new duties should be imposed on the owners of social media platforms. From the indication of ingredients, allergenic substances, suggested age range and risk of using chemicals, companies have always been obliged to ensure the physical and mental health of consumers. Requiring digital platforms to include warnings about social and economic risks is just another reasonable measure for the benefit of digital consumers.

The complete 2022 IP Youth Scoreboard report can be found here.

SCOTUS to look at ‘fair use’ in Warhol 'Prince Series' case

EU report: Increase in small parcels but decrease in number of fake goods
20-09-2019