CITMA: The year in review 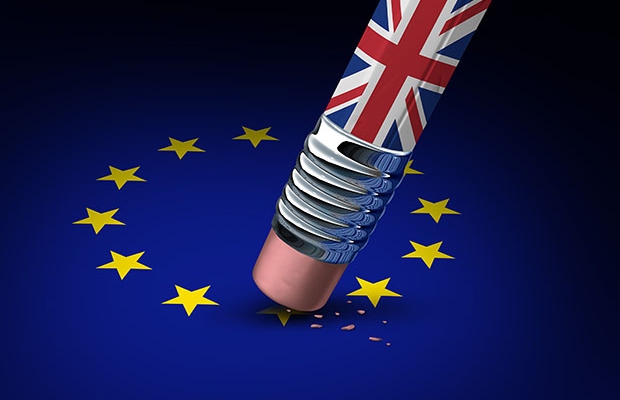 Disruption was the theme of our recent spring conference, and I could not think of a more apt way to describe the past year, and indeed the most recent few years, in the IP professions, says Tania Clark, president of the Chartered Institute of Trade Mark Attorneys.

Despite the challenges posed by the UK’s proposed withdrawal from the European Union, we at the Chartered Institute of Trade Mark Attorneys (CITMA) have maintained a positive outlook on the current and future landscape for IP in the UK and EU.

As you might expect, since the referendum result in 2016 that meant the UK would leave the EU, Brexit has been the key focus for us. It will have a long-lasting impact on our profession.

From the outset we have pushed for a solution which maximises legal certainty while minimising cost to business. The fact that the UK IPO agreed that whether there is a deal or not it would give all registered trademarks and designs on the EU register a UK equivalent right was an important milestone in achieving our aim.

However, with increasing uncertainty about what the final deal would be it was vital that we kept the profession up to date. Our regular briefings and updates to members have helped ensure our profession is as prepared as possible for any implications of Brexit.

"We visited and spoke at many international conferences and organised trips, as well as welcoming international delegations from as far away as China to the UK."

We also kept an international focus, engaging with colleagues and counterparts across the globe. We visited and spoke at many international conferences and organised trips, as well as welcoming international delegations from as far away as China to the UK.

We have continued to lobby, engage and seek the support of key influencers in government, parliamentarians, and other IP and legal organisations.

We issued a call to action for our members to reach out to their members of parliament (MPs), sending them our business case and outlining the negative impact Brexit could have on our profession and for business. Our actions resulted in over 70 letters being sent and several meetings with constituency MPs followed, including some high-profile influencers.

Parliamentary questions were also asked on our behalf, which drew responses directly from ministers.

In 2018 we submitted evidence to the All-Party Parliamentary Group on Legal and Constitutional Affairs on the impact of Brexit on the chartered trademark attorney profession, as part of its inquiry on the effect of Brexit on the provision of legal services.

Our evidence was quoted at committee level in the House of Commons.

Our strong working relationships with the UK IPO and the EUIPO have perhaps never been more important.

Regular meetings and dialogue with both have allowed us to influence and stay informed on the most pressing matters related to Brexit.

We have often been informed of upcoming announcements before they have been made, allowing us to prepare guidance for members.

Supporting our members through Brexit by providing them with the tools to be as prepared as possible is a vital part of our work.

The UK government and the EU published several important papers outlining the future of IP in the UK and EU post-Brexit, all of which we made sure to relay to our members.

As the March proposed Brexit date drew closer, more of our work became focused on no-deal preparations, again keeping our members informed of every development.

Sharing our messages of reassurance was important. We spoke at several key events and conferences throughout the year—in the UK, across Europe and further afield.

I attended and spoke at events in Athens, Berlin, Dubrovnik, Vancouver, Seoul, Tokyo, Rome and Paris. Our message was shared globally.

We also made sure that our views were quoted in the media, with several contributed articles and quotes published in the legal and IP media.

Away from Brexit, it was pleasing to see our membership base grow in the past 12 months, with the CITMA Paralegal category seeing particularly strong growth.

For CITMA Paralegals it is an important year as we introduced continuing professional development (CPD) in January 2019. We are looking forward to seeing the positive impact this will have on the profession.

We rely on the support of our network of members around the globe. I hope we can attract even more members into our community, particularly from outside the UK.

We take great pride in our events. We provide learning and networking opportunities to help the global IP community to connect and share knowledge.

We have made some positive changes to shift the focus and resource to more popular online-based sessions, while still maintaining a regular regional in-person offering.

The opportunity to share knowledge, build networks and earn CPD hours are important elements we try to bring to every event we run for our members.

There was an increase in attendance at our autumn and spring conferences. The autumn conference was once again sold out, despite moving to a new venue: the ICC in Birmingham.

Our commitment to diversity and inclusion in the IP professions continues via our support for the IP Inclusive initiative.

IP Inclusive was founded in 2015 by a number of IP organisations, including CITMA. It aims to improve access to the IP professions, regardless of disability, age, gender, sexual orientation or social, economic and cultural background.

The support groups continued to be active, holding several events throughout the year.

A big development in 2018 was the announcement that UK-based trademark and patent attorneys could now claim CPD hours for attending educational events organised by IP Inclusive.

The announcement followed the Intellectual Property Regulation Board (IPReg) updating its guidance on which activities qualify for CPD to include events organised by IP Inclusive.

Trademark attorneys and patent attorneys are regulated by the IPReg. To fulfil their CPD requirements they must complete 16 hours of qualifying activity per year.

We also support the wellbeing of our members and those working in the IP legal sector via our contribution to LawCare, a charity that promotes and supports good mental health and wellbeing across the legal community in the UK and Ireland.

It has been a challenging 12 months for the UK profession, but the challenges have helped maintain our focus.

At the spring conference we also discussed how technology is disrupting our work—from blockchain to artificial intelligence. These are disruptions that can bring about positive change and development. Just like Brexit, it is something I know we as an organisation will be helping to keep our members’ fingers on the pulse of.

Tania is the President of the Chartered Institute of Trade Mark Attorneys (CITMA). Tania has been a Chartered trademark attorney for the last 15 years. She has worked for two other major firms before joining Withers & Rogers in 2006. She can be contacted at: tclark@withersrogers.com