Poundland and Mondelēz go to war over Toblerone lookalike 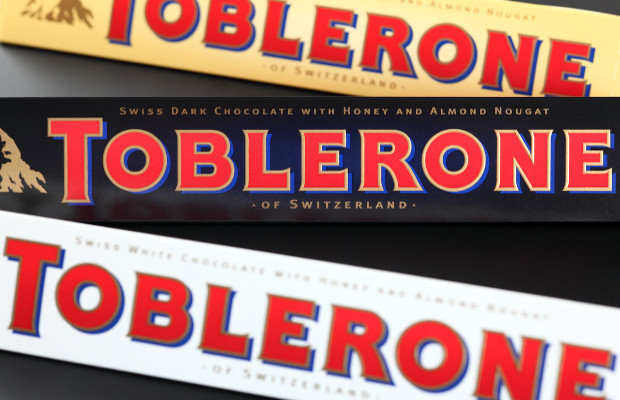 UK retailer Poundland has gone to war against Mondelēz International over the sale of a Toblerone chocolate bar lookalike.

Last month, Poundland reportedly delayed the launch of its lookalike, called Twin Peaks, after a dispute with Mondelēz.

Poundland had revealed plans to launch Twin Peaks in June. The chocolate is inspired by the double hill on top of Wrekin Hill in Shropshire, UK, and was created in partnership with a Birmingham-based chocolatier.

Toblerone, on the other hand, contains milk chocolate with honey and almond nougat, and the triangular shape of the bar depicts the Matterhorn, a mountain in The Alps.

In November last year, Toblerone announced it had changed the weight of its products in the UK.

The new shape features wider gaps between the triangles, the 400g bar is reduced to 360g, while the 170g bar, which is sold only in the UK, is reduced to 150g.

“We carry these costs for as long as possible, but to ensure Toblerone remains on-shelf, is affordable and retains the triangular shape, we have had to reduce the weight of just two of our bars in the UK, from the wider range of available Toblerone products,” said Mondelēz at the time.

According to The Guardian, the parties have filed a claim and counterclaim at the English High Court.

“Poundland says the triangular prism shape of the Toblerone bar, which was registered under an EU trademark in 1997, is no longer distinctive partly because of the existence of the new version,” said The Guardian.

Mondelēz filed a trademark suit, accusing Poundland of infringing its marks on the overall shape of the bar, the chocolate peaks, the gold packaging and the Matterhorn logo.

A spokesperson for Poundland said: “As we’ve consistently said, Twin Peaks is still in development. We’ll share a launch date when we’re able.”

Jason Rawkins, IP partner at Taylor Wessing, explained that product shapes are “notoriously difficult” to protect by trademarks as Nestlé recently found with its KitKat bar.

“Here, Mondelēz does have the benefit of a trademark registration for the traditional Toblerone shape, but the issue will be whether the double peaks of the Poundland product are similar enough,” he said.

Rawkins added that Poundland's position in the case will not be helped by its packaging having some definite similarities to Toblerone's, with the “same type of red lettering on a gold background and a similar style of mountain image”.

Karen Lee, senior associate at Edwin Coe, agreed that shape marks are difficult to protect, but that unlike in the KitKat case, Mondelēz has already obtained a trademark for the triangular prism shape of the Toblerone bar.

“The question may come down to whether Mondelēz, by shifting to a slightly different shape of the bar, is rendering itself vulnerable to a cancellation action for non-use by failing to use the trademark as registered,” she said.