‘Enough is enough’ as Forever 21 sues Adidas over stripes 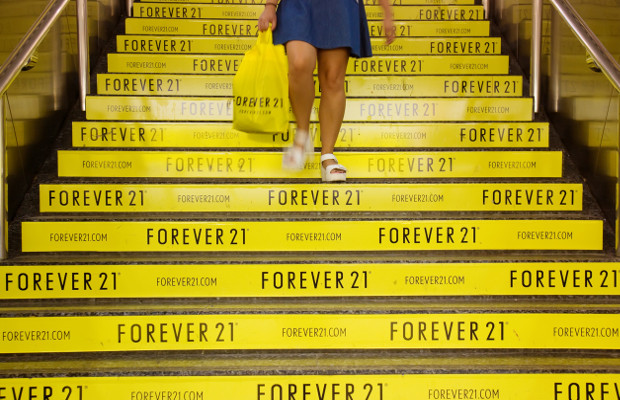 Fashion retailer Forever 21 is no stranger to IP lawsuits, but this time it’s personal—with the company attacking Adidas in its latest claim.

In a declaratory judgment claim filed at the US District Court for the Central District of California, Western Division on Friday, March 3, Forever 21 accused Adidas of taking its protection of its ‘three-stripe’ trademark too far.

“Years ago, Adidas managed to secure federal trademark registrations for use of three, parallel stripes placed in specific locations on certain shoes and clothing,” said the suit.

It added that Adidas is well-known for “aggressively enforcing its perceived” trademark rights against others.

“But Adidas has taken its claims even further—too far—essentially asserting that no item of clothing can have any number of stripes in any location without infringing Adidas’s trademarks,” it said.

The fashion retailer claimed it had “fallen victim” to Adidas’s “threats” and that, most recently in a letter dated February 24, Adidas’s counsel threatened to sue Forever 21 over its use of stripes on six items of clothing.

“The stripes on the Forever 21 clothing at issue are merely ornamental and decorative. None of these items of clothing display any of Adidas’s three-stripe marks, and no consumer is likely to believe any of these items are manufactured by, or otherwise associated with, Adidas,” said the claim.

According to the lawsuit, Adidas claimed that some of Forever 21’s clothing, including a t-shirt and vest, infringe its trademark.

It added: “Tired of operating with a cloud over its head with regard to its right to design and sell clothing items bearing ornamental/decorative stripes, and unwilling to stop doing something it has every right to do and pay a bully to leave it alone, Forever 21 has decided that enough is enough.”

Forever 21 is seeking a judgment declaring that it has not infringed Adidas’s trademark and that the stripes on the goods are ornamental and do not serve a source-identifying function.

Last week, WIPR reported that Forever 21 had sued a US-based nail spa for trademark infringement. Forever 21 sued the spa, Forever 21 Nail Spa, at the US District Court for the Southern District of Florida.

Adidas said that while it doesn’t comment on pending litigation, it will continue to “vigorously” protect its rights and take action in cases of infringement.