Child car seat manufacturers battle over patents in US suit 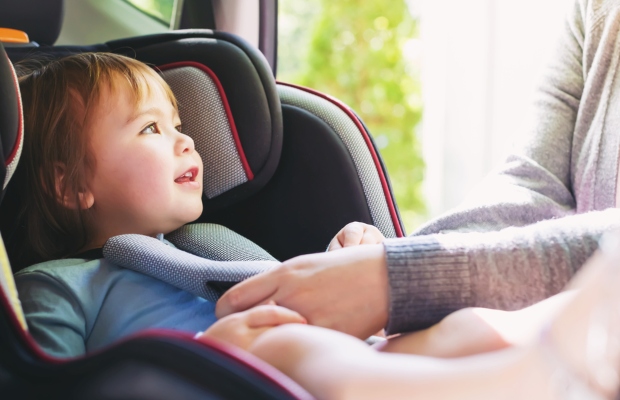 Child car seat maker Wonderland is suing its US rival Evenflo, alleging that it infringed three patents that cover its products at the US District Court for the District of Delaware.

The case was heard remotely by District Judge Richard Andrews, on Wednesday 3 February, after the legal proceedings were delayed by two days due to a storm on the US East Coast.

In the complaint, Wonderland, which makes products sold under brand names Graco, Nuna and Joie, explained that it had designed an innovative new car seat that could be modified to be used by infants, toddlers and small children alike.

“Buying new car seats can be a significant expense, and appreciating the inconvenience of having to purchase multiple car seats as a child grows, Wonderland and its affiliates improved child car seats so that they can be conveniently adjusted to accommodate a growing child, including the conversion of its car seats into booster seats for older children,” said the complaint.

It added that “Wonderland’s inventions protected by the patents-in-suit allow adjustment and configuration of the headrest and harness on child car seats in one motion without complex and cumbersome modifications”.

The company had also developed and patented a storage system for the harness belts and buckles when using the car seat as a booster seat, the complaint stated.

Wonderland held that Evenflo infringed the patents with the introduction of its EveryStage model in 2018, pointing out that its website touts the EveryStage car seat as “fully adjustable with up to 10 different positions” for “an accurate fit for a growing child”.”

It further argued that the headrest and harness adjustment system, the harness storage system, and the restraint harness assembly in the EveryStage car seat had been previously invented, patented, and commercialised by Wonderland and its affiliates.

In May 2020, Wonderland expanded its litigation against Evenflo asserting that its EveryFit car seat series, including its EveryFit Car Seat, its SafeMax Car Seat and its Evolve Car Seat also infringed the three patents.

However, during the hearing, Evenflo countered that its products don't contain the features found in the patents-in-suit.

It pointed out that a storage feature in Evenflo's products doesn't infringe Wonderland's patents, because it was an "afterthought" in the design process and "was so unimportant to marketing that it's not advertised."

Evenflo also disputed Wonderland's contention Evenflo's actions in buying and dismantling Wonderland's products was evidence of an intention to infringe.

It argued that such a process was standard practice in the industry.

The Spectator gears up for transatlantic TM case