‘Brexit’ would not be a simple divorce, say IP lawyers 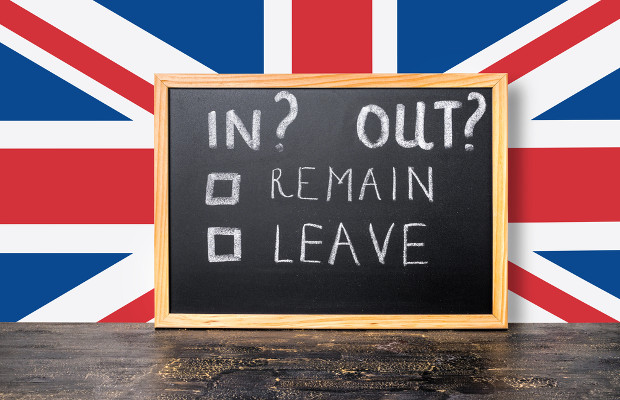 UK-based intellectual property lawyers have predicted that the Unified Patent Court (UPC) would be delayed if the UK votes to leave the EU on June 23, and that leaving the union would not be a “simple divorce”.

The question being asked in the referendum is whether the UK should remain an EU member or leave the union.

On June 14, UK-based law firm EIP formally announced its stance on the impending vote. It said that it is supporting the “remain” position, adding a warning that an exit “will be bad for IP rights holders and the UK’s creative and technological industries generally”. Bird & Bird, Allen & Overy and Gowling WLG, three firms WIPR contacted about their position, said they haven’t issued a stance on Brexit.

EIP supported its view by adding that a 2013 report by the European Patent Office and the Office for Harmonization in the Internal Market (now the European Union Intellectual Property Office) indicated that up to 39% of gross domestic product across the “entire” EU was derived in some way from IP activities.

EIP added that a report by the UK government in 2014 showed that the UK’s creative industries are worth £71.4 billion ($101.2 billion) per year in the UK economy.

Further, the firm said that leaving the EU would likely lead to a period of “legal uncertainty” and a potential loss in UK trademark and design rights held in EU registrations.

EIP also said that a Brexit “poses a threat” to the unitary patent and UPC.

In addition, Sally Shorthose, partner at law firm Bird & Bird, told WIPR: “Brexit would not be a simple divorce, but would involve an unpicking of UK legislation which is currently dependent on EU legislation. Beyond this, the key implications in the IP field would be the exclusion of the UK from pan-European rights systems.

“Separation presents the opportunity for the UK’s laws to diverge from those of Europe, which may be embraced in some areas. However, in IP, this is unlikely to happen to any significant extent given interconnection of trade and the universal recognition that harmonisation is beneficial,” she added.

Shorthouse discussed the effects on the unitary patent system, saying that one example of where the immediate impact of a Brexit may be seen is that the lengthy negotiations regarding the unified patent and the UPC, which have taken decades, may be undermined.

“If the UK is not part of the EU, whilst it will still be a signatory to the European Patent Convention (EPC) and a UK patent could still be obtained via the EPC system, it could not participate in the new UPC system, which only applies to participating EU member states,” she added.

Nicola Dagg, partner at law firm Allen & Overy, said: “What will Brexit’s effect be on the UPC system and the associated unitary patent? To put it plainly and simply, Brexit will put an end to the UK’s involvement—the unitary patent will not cover the UK and UPC judgments will not extend to UK patents.”

She added: “The important point is how post-Brexit UK reacts to these changes. Some things we can be sure of: national IP rights will carry on; where there are currently EU unitary rights, corresponding national rights preserving priority will need to be provided; and the same will apply to supplementary protection certificates.”

Gordon Harris, co-head of IP at law firm Gowling WLG, said: “Similarly it seems likely, subject to post-Brexit negotiations, that anyone looking to protect their trademarks or registered designs in the UK would need a separate registration at the UK Intellectual Property Office going forward. The same would apply to patents.

“As a further source of infuriation to remaining EU members, it is likely that the entire UPC system would be delayed until the actual exit of the UK. This is due to the specific wording of the agreement under which the UPC is constituted as to the date the agreement can come into force,” he added.

Further information about the EU referendum can be viewed here.