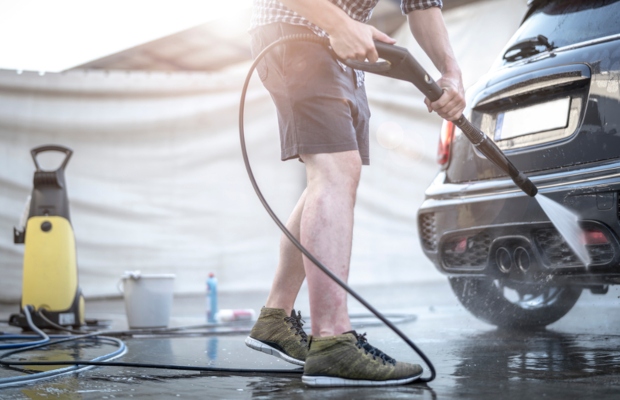 The District Court of The Hague ruled that the colour mark of German manufacturer Kärcher is valid and that Varo infringed the mark by offering high-pressure cleaners in a highly similar yellow colour (Kärcher v Varo, July 7, 2021).

Kärcher is the market leader in the field of consumer high-pressure cleaners in Benelux. Their products are well-known for their bright yellow colour (RAL 1018). Kärcher has been using this colour on its products, such as high-pressure cleaners, since 1974, and also uses the colour on, inter alia, its promotional material, website, and packaging. Kärcher is the holder of two Benelux colour marks for this colour yellow, one registered in 1990 and the other in 2012.

The court held that the older colour mark, registered in 1990, was invalid. The court referred to European case law that stipulates that merely a colour sample (because that sample may fade over time) and the description “yellow” are not enough to obtain a valid colour mark.

On the basis of the above consideration, the court questioned whether the younger colour mark, registered in 2012, had a distinctive character.

“The court considered that customers were unlikely to compare products side by side and that the incomplete impression left by the colour would create a significant degree of visual similarity.”

In line with European case law, the court concluded that the youngest colour mark in itself had no distinctive character from the beginning. Nevertheless, this does not change the fact that a colour, in relation to goods or services for which it is applied, may acquire distinctive character through its use—also referred to as “acquired distinctiveness”.

Varo argued that the court should apply a stricter test to establish the acquired distinctiveness of a colour mark. The court rejected this argument. Following the court’s ruling, the criteria for assessing the distinctive character of colour marks must be the same as those applicable to the other categories of trademarks.

The court concluded that the younger colour mark of Kärcher acquired distinctiveness as a trademark in Benelux. This conclusion followed from the evidence that Kärcher submitted to the court. This included evidence of the consequent and continuous use of the colour yellow on the products of Kärcher as well as the use of it on, inter alia, its promotional material, website and packaging. Over a long period of time, Kärcher has (financially) invested in acquiring its reputation and in market research. The court concluded that this evidence was convincing to establish the acquired distinctiveness.

The court ruled that the yellow colour Varo uses on its products is highly similar to the “Kärcher yellow”. The court considered that customers were unlikely to compare products side by side and that the incomplete impression left by the colour would create a significant degree of visual similarity. As the colour is used for identical goods and that the colour mark has a significant reputation and distinctive character, the court concluded that the offer of the high-pressure cleaners by Varo constituted a likelihood of confusion. Therefore, Varo infringed the colour mark of Kärcher.

This ruling clarified the requirements for colour marks and further clears the path for clarification on legal issues with regard to colour marks.

Robin Keyner is an attorney-at-law at Arnold & Siedsma. She can be contacted at: rkeyner@arnold-siedsma.com