IP law: Brazil's law must catch up with inventions 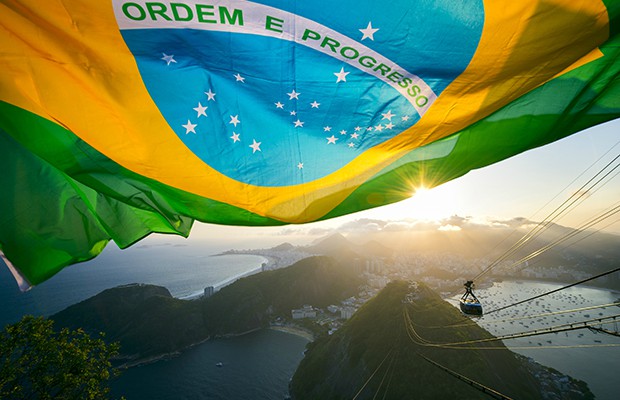 Will emerging technologies urge Brazil to rethink its IP laws? Rana Gosain of Daniel Law explores the issues around patents and software-related inventions.

Over the last two decades, there have been significant advances in technology. Many of these technologies are entirely new, while some are old and were underdeveloped but have now emerged to impact humankind radically.

"Patent attorneys have already begun to question the possibility of collecting damages from a ‘machine' inventor."

Some of these technologies depend on software advances that need to be protected effectively, ideally by patents. The boom of digitisation and the ongoing semiconductor businesses have rekindled the unsolved problem of obtaining patent protection for computer programs that embody software-related inventions.

The fact is that the current IP laws of many countries, including Brazil, limit innovation, as new patent applications for AI and big data-related inventions may not qualify for or satisfy patent eligibility.

In the context of emerging technologies, AI and semiconductor innovations have generated a significant number of global patents based on software. Besides the need for AI inventions to satisfy patent eligibility, they now face unprecedented situations involving inventorship and liability issues.

As the industry continues to blossom globally, several relevant questions on inventorship and authorship have surfaced, namely, who owns AI-created inventions and resulting patents: the owner of the AI machine, the person who programmed the AI machine or the AI machine itself?

The US, Europe and many other jurisdictions face or will eventually face this dilemma as their IP laws currently interpret the inventor to be a natural person. Patent attorneys have already begun to question the possibility of collecting damages from a ‘machine’ inventor.

Imagine a scenario in which an AI machine, in the capacity of a medical practitioner, commits malpractice. Who would be liable: the machine, the owner of the machine or the programmer? Since Brazil’s patent law implies that an inventor is a natural person, similar dilemmas will arise in that country.

Brazil’s current IP legislation No. 9.279/96 is basically TRIPS Agreement-compliant. It is not as modern as the US Patents Act or the Japanese IP legislation and can hardly be considered as being in the vanguard of IP laws. It lacks vital provisions that are essential to the pharmaceutical industry and contains the archaic requisite of ‘industrial’ application that could hamper technological advances.

Article 10(v) of the patent law expressly prohibits computer programs per se given the fact that this category of invention is protected by a specific law, namely, Software Law No. 9.609/1988. The patentability exclusion does not extend to software inventions or computer-implemented inventions that combine method and product features with steps executed by a computer program. Normally, the categories claimed are method and system/apparatus-related.

Peers understand that in most instances, patent protection for software innovation is the best option, while copyright and trade secrets are complementary forms of protection that do not offer similar benefits nor incentives to invest in the underlying innovation implemented by the software. In most jurisdictions, the consensus is that copyright protection is weaker.

Trade secret designation affords insufficient protection for software and, although a few countries may have an enforceable trade secret law, it still is difficult to protect against reverse engineering. Formal registration is not required but it is essential to have a well drafted non-disclosure agreement stressing the confidential relationship of the parties to whom the trade secret is disclosed.

The success of this type of protection will rely solely on the adoption of strict and periodic procedures to avoid breach of the trade secret by third parties.

How to avoid trade secret breaches

Companies should invest in preventive protection of their intangible assets and IP through the establishment of appropriate policies. Given the complexity that device mobility and the incorporation of practices such as ‘bring your own device’ (BYOD) has brought to organisations, it is essential to create policies that guide employees on the appropriate use of the information.

Investments in information security and data protection should be a priority for companies in the coming years. Several technology companies have already made available to the market AI solutions with investigation capabilities and real-time threat detection.

Companies should establish policies for (i) information security; (ii) incident response; (iii) classification of information; (iii) access control, indicating information vital to the business and who may have access; and (iv) data retention. All actions must be accompanied by leadership and employee training to promote awareness and the responsibility of protecting their companies’ assets.

The Brazilian Association of Intellectual Property (ABPI) has tirelessly advocated for improvements and changes to create modern IP legislation. Quite a few existing important provisions of the current IP law are the fruit of ABPI’s contribution and insistence.

Important provisions such as data exclusivity for medicine for humans and patent term extensions for pharma patents were rejected on account of government policies at that time.

Lobbying by software industries to convince the Brazilian government that a significant percentage of the world’s patents are based on software is a coherent strategy and could be influential in the proposal for legislation change. The government should become aware that the absence of patent protection for software generated by AI processes would be detrimental to incoming investment and economic growth in the country.

After 12 years in power, the Brazilian Labour Party has stepped down after losing elections. Brazil’s new president Jair Bolsonaro was sworn into office in January and after this stock market shares soared. Growth is expected in 2019 and again in 2020 as private consumption spurred by improvements in the labour market increase.

Political uncertainty about the implementation of reforms is still significant and this threatens to jeopardise recovery. Nevertheless, there is a general sentiment that the country is on the right track once more and there are signs of economic recovery. The new government has signalled pro-business policies as priorities and is aiming to reduce bureaucracy and stimulate private business sectors.

The newly formed Ministry of Economy has announced that Claudio Vilar Furtado will soon take office as commissioner of the Brazilian Patent and Trademark Office. Furtado has an impressive resumé and is a respected executive who has accumulated experience in several business sectors.

Rana Gosain is a senior partner at Daniel Legal & IP Strategy. He has worked in IP for more than 30 years, specialising in patents, industrial design, litigation strategies, validity and infringement studies. Much of his work focuses on the pharmaceuticals and biotechnology sector. He can be contacted at: rana.gosain@daniel-ip.com