IP in Brazil: Widening the scope of enforcement 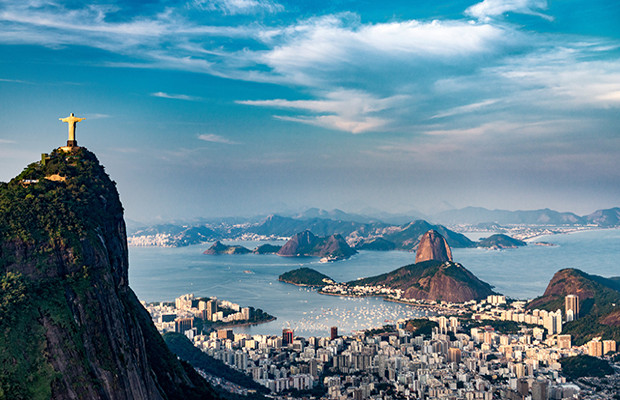 IP owners in Brazil can employ a range of measures to tackle the scourges of counterfeiting and piracy, which are particularly problematic in the South American country. Eriça Tomimaru of Di Blasi, Parente & Associados reports.

According to the Brazilian National Forum against Piracy (FNPC) and the Brazilian Institute for Ethics in Competition (ETCO), the sales of illegal products caused a loss in the Brazilian economy of approximately $45 billion in 2017.

Since Brazil is famous for infringing IP rights, the governmental authorities are providing enforcement mechanisms to reinforce the combating of pirated and counterfeit products beyond extrajudicial and judicial measures.

It is possible for rights owners to file a petition in the General Department of Customs Administration (COANA) and the Brazilian Patent and Trademark Office (INPI) system.

COANA is responsible for planning, coordinating, supervising, controlling and evaluating all activities related to foreign trade, with competence to issue normative instructions to standardise all customs procedures through Brazilian borders, including the entry of counterfeit goods.

In view of the fact that only fiscal agents from the Federal Revenue have access to COANA’s system, the National Directory to Combat Counterfeiting was created by Normative Resolution Number 1/2013 of the National Council for Combating Piracy (CNCP) in partnership with INPI. This directory is a central database with the purpose of concentrating all relevant information to the combating counterfeiting which the authorities may access. All this information is considered public.

The petition must include at least the list of trademarks and the name of the company representative who will receive notifications from authorities regarding counterfeiting.

There is no cost for filing a petition in either system.

As most of the pirated and counterfeited goods are imported, rights owners provide training courses and manuals to the borders officials about their trademarks, copyright and products.

Brazilian public ports do not have the necessary equipment to control merchandise entering Brazil, so the training courses and manuals are essential to prevent the import of the counterfeit goods, particularly if the owner can provide enough information to avoid having to go and physically verify the cargo.

According to provisions 605 to 608 and 609 to 610 of Federal Decree No. 6.759/2009, the border measures are restricted to trademark and copyright violations due to the difficulty in examining the infringement of other industrial property rights, such as plant variety or patent rights.

After noting the trademark and/or copyright violations, customs sends a notification to the owner or his attorney-at-law, which shall collect a product sample. The owner can choose to file an administrative petition in that unit of customs and/or a civil or criminal lawsuit in court, both within ten working days, extendable once for the same period.

However, despite owners attesting that the product is counterfeit or pirated, some customs officers release the goods, because they mistakenly believe that a lawsuit is mandatory for them to detain the goods.

The purpose of this chamber is to promote a coordinated action especially against illegal copying of audiovisual content on streaming platforms, and illegal pay TV broadcasting, as well public awareness about IP rights.

IP crimes require criminal actions. However, before filing a criminal complaint, the owner should file a preparatory measure in order to prove the origin and nature of the offence, where a court expert will seize samples and verify if they are counterfeit. If the court expert report concludes that the samples infringe the IP rights, the owner has 30 days to file a criminal complaint.

Since the criminal penalty ranges from three months to one year of imprisonment, punishments for IP crimes are considered to be relatively lenient. Therefore, the public prosecutor and the offender can negotiate the penalty.

The Brazilian Industrial Property Law provides that infringement of a patent, industrial design, trademark, and geographical indication, and the practice of unfair competition, constitute a civil (tort) and criminal offence. Hence, the injured party may file a civil lawsuit and/or criminal complaint at the same time.

The plaintiff may request a preliminary injunction, while the Brazilian civil procedure provides the possibility to request a hearing of mediation and conciliation at any procedural moment. In addition, it is possible for the parties to define some judicial procedures, such as the name of a court expert.

The compensation for material damage should be calculated based on the most favorable criteria to the injured party, as follows:

The benefits that the aggrieved party would have received if the violation had not occurred;

The benefits made by the perpetrator of the violation of the right; or

The remuneration that the perpetrator of the violation would have paid to the titleholder of the violated right through the granting of a licence that would have allowed him lawfully to exploit the property.

"The Superior Court of Justice has understood that the moral damages in counterfeiting cases are presumed, so the plaintiff does not need to prove loss or damage."

In addition, the Superior Court of Justice has understood that the moral damages in counterfeiting cases are presumed, so the plaintiff does not need to prove loss or damage.

Concerning copyright infringement, the offender shall surrender all copies in his possession, and forfeit the price of those that have been sold. Where the number of copies constituting the fraudulent matter is unknown, the offender shall pay the value of 3,000 copies in addition to the copies seized.

Eriça Tomimaru is a Brazilian attorney at law at Di Blasi, Parente & Associados. Her practice focuses on litigation and consultation related to IP and unfair competition, as well anti-piracy measures. She can be contacted at: erica.tomimaru@diblasi.com.br