Africa: The interplay between TMs and company names 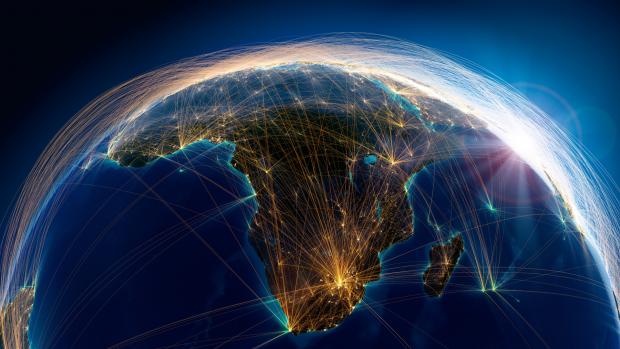 What is standard across different jurisdictions in Africa is that when companies are registered or incorporated, no cross-check of the trademarks register is conducted, to ensure that their names do not conflict with existing registered or internationally well-known trademarks owned by third parties.

Practically, there is no examination of the company names against existing trademarks in determining their registrability.

Consequently, companies are often registered with names that conflict with prior trademarks.  The proprietors of trademarks are therefore responsible to monitor relevant publications with company registration notices and, where possible, act against the conflicting names.

The question that arises is, what recourse do proprietors of registered or well-known trademarks have, where companies are registered with a name which incorporates or conflicts with their trademark rights? If the companies in question are already trading, action based on trademark infringement and/or the tort of passing-off may be explored, provided all other requirements are met.

However, in some jurisdictions, as an alternative, there are simplified and cost-effective mechanisms which can be pursued and regulatory authorities which can be approached for recourse. This article briefly considers the recourse that is available in South Africa and Nigeria, respectively.

The Companies Act 71, 2008, prohibits the registration of company names that are the same as or confusingly similar to, a registered trademark; a pending trademark application; or a well-known trademark, as defined by the Act. The proprietors of trademarks may file complaints against the registration of conflicting company names with the Companies Tribunal, an agency tasked with adjudicating such complaints.

“A favourable decision by the committee may not be worth much if the company fails to comply.”

The procedure involves filing a complaint with evidence, through the tribunal’s online platform.  There are no official fees payable. Once the company has been granted an opportunity to submit an answer and the complainant a reply, a decision is then issued. The tribunal may summon the parties’ representatives to a hearing prior to issuing a decision, but this is rare in practice.

If the name of the company is found to impinge on the complainant’s trademark rights, the tribunal is empowered to direct the company to change the name. The tribunal also grants orders which direct the registry to remove the name from the register and to substitute it with the company’s registration number, if it fails to comply with the order, which gives the orders some teeth where there is lack of compliance. The tribunal’s decisions may be subject to a review by the High Court.

Although the process can, in certain instances, be marred by administrative delays, it has over time proved to be an effective and cost-effective mechanism for proprietors of trademarks to act against the registration of company names that conflict with their trademark rights.

The Companies and Allied Matters Act, 2020, prohibits the registration of company names that conflict with registered trademarks. It is possible for proprietors of registered trademarks to file objections to the registration of conflicting company names, by way of an application accompanied by evidence, with the Corporate Affairs Commission. Thereafter, the Commission’s Administrative Proceedings Committee, responsible for adjudicating such objections, grants the company in question an opportunity to respond, before issuing a decision. The committee’s decision may be subject to an appeal before the Federal High Court.

The difficulty in practice is that, where the committee has issued an order directing a company to change its name, there currently appears to be no mechanism to enforce the order through the commission, in cases of non-compliance by the company. The governing legislation grants the committee powers to impose sanctions such as the suspension or revocation of the registration of the infringing company. However, according to the legislation, such decisions are said to be subject to confirmation by the Governing Board, which is yet to be established under the recent legislation. Therefore, a favourable decision by the committee may not be worth much if the company fails to comply. Although the courts may be approached for recourse, the costs that are likely to be incurred in high court litigation and the duration of such proceedings are unpredictable.

It remains to be seen how these matters will be dealt with once the Governing Board has been constituted.

Dakalo Luvhimbi is a senior associate in the trademark litigation department at Adams & Adams. She can be contacted at: dakalo.luvhimbi@adams.africa