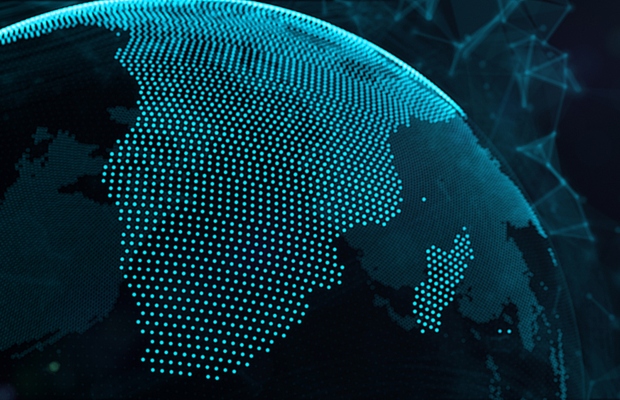 Last year, 2021, was declared by the United Nations as the International Year of the Creative Economy for Sustainable Development, in recognition of the potential that creative and copyright industries hold to become key drivers of economic growth in developing countries.

Globally, before the pandemic, the creative economy was one of the fastest-growing sectors in every region around the world for well over a decade. While the pandemic had a crippling impact on most creative industries, it also fuelled an unprecedented growth in consumer demand for high quality entertainment content delivered via digital services.

It also plays a key role in the promotion of cultural heritage and diversity, and national identity within the global environment. The UN describes the creative economy as the sum of all parts of the creative industries, including trade, labour and production.

This is an important consideration as the economic contributions made by creative industries include sustainable job creation, the attraction of new investments required to support the production of high-quality works, and the positive economic knock-on effect that can be observed in other sectors outside of the creative industries.

The audiovisual sector is an example of how high-level investment into creative content production projects can have a broader economic impact.

Olsberg SPI, a UK-based consultancy firm, published an economic impact assessment report in 2020 which showed that investment in “screen production” (ie feature-length films and television series) has become a key economic driver in many countries around the world. Large production projects have the potential to swiftly inject capital into an economy.

An analysis of a major film showed that an average of $10 million per week was spent in the local economy where the production was located, over a 16-week period. Large-scale projects create a broad range of jobs and business opportunities, including for small, medium and micro-enterprises (SMMEs) and all of the satellite economies that support the facilitation of the production, including the hospitality, accommodation, travel, tourism, catering, engineering, construction and other industry sectors.

An estimated 67% of production costs are spent in business sectors outside of the screen production sector.

“Nigeria’s film industry, or ‘Nollywood’, is one of the fastest-growing creative industries in the world.” - Stephen Hollis

Successful projects can promote the countries and locations chosen for the productions, increasing tourism to such destinations. As a result, the global audiovisual content production environment has become an intensely competitive space, in which the countries that have the most inviting policy and legislative frameworks to attract high level investment tend to secure the larger shares of available global production spend.

The African Union (AU), in its revised AU Plan of Action on Cultural and Creative Industries policy framework document, identified the modernisation of outdated copyright laws in Africa as one of the priority action items for its 55 member countries to empower their cultural and creative industries to drive economic recovery in the post-pandemic era.

Copyright laws require modernisation in Africa to meet the challenges of the digital era, and to enable Africa’s creative and cultural workers to connect with global consumer markets and audiences in the online environment, while providing for effective remedies to curb online infringements, piracy and counterfeiting.

Weak enforcement environments can deter the investments required to transform and empower creative industries operating therein. Nigeria’s film industry, or ‘Nollywood’, is one of the fastest-growing creative industries in the world, employing more than one million people. Piracy and counterfeiting represent a direct threat to the industry, which suffers from chronic underinvestment, largely due to the inability of film producers to effectively curb acts of piracy and the illegal distribution of their films after release.

Several African countries, including Nigeria, South Africa, Kenya and Namibia, have embarked upon copyright legislative reform projects in recent years to modernise their laws and provide for increased protections for creators, especially in the online environment.

The African Regional Intellectual Property Organization (ARIPO), which has 20 member countries, adopted the Protocol on the Voluntary Registration of Copyright and Related Rights in 2021 to assist authors to be identified with their works for commercialisation purposes.

While these developments are highly encouraging, some of the ongoing copyright reform projects in important economic centres in Africa have become tainted with controversy. In South Africa, the Copyright Amendment Bill was rejected by President Ramaphosa in 2020 and referred to the National Assembly for reconsideration based on a broad range of concerns about the bill’s constitutionality and international treaty compliance.

The Nigerian government is grappling with the issue of having two Copyright Amendment bills to contend with and it remains uncertain how the two bills, which overlap in places but differ on material issues such as online enforcement remedies, will be dealt with.

One of the common underlying features of recent problematic copyright reform projects in Africa is the lack of meaningful economic impact assessments that should have preceded and informed the legislative drafting processes.

Copyright laws do not just govern one creative industry and a measure that is introduced to address a specific problem that may exist in one industry, for example music, can have disastrous consequences if also applied indiscriminately to other creative industries.

Copyright reform processes that are not properly informed by economic fact often fail to fully appreciate the nuances of the different creative industries, and their bespoke rights management and commercialisation models, which require highly focused and business intelligent approaches from legislators.

From an investment perspective, an enabling copyright framework should establish legal certainty, respect the principle of freedom to contract, enable the unification of rights in multi-authored works for the life of copyright, and provide for effective enforcement mechanisms, especially in the online environment.

Limitations and exceptions to exclusive rights of copyright should be carefully crafted and limited to certain special cases, which do not conflict with the normal exploitation of copyright works, or otherwise prejudice the legitimate interests of rights holders (as required in international treaties, ie article 9(2) of the Berne Convention on Literary and Artistic Works, and article 13 of the World Trade Organization’s TRIPS Agreement).

A country can position itself favourably as a preferred global destination for investment into high-quality creative content productions by enacting sound copyright laws—laws that are aligned with relevant international treaties and allow creators and businesses to freely transact in an environment that follows international best practices.

The creative industries can deliver on its promise of being a key driver of economic growth and post-pandemic recovery in Africa. To live up to its full potential, it is critical that the underlying policy and legislative frameworks are designed with an economic focus, while also achieving the strategic modernisation of copyright laws to empower creatives to thrive in today’s digital environment.

Stephen Hollis is a partner at Adams & Adams. He can be contacted at: stephen.hollis@adams.africa

Apple gets greenlight to pursue Wi-Fi case in California