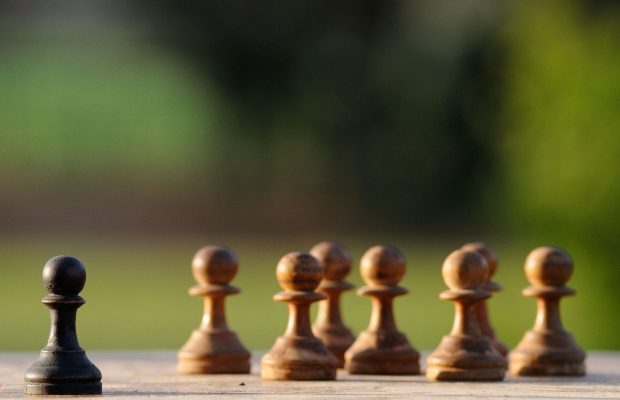 The question of how effectively to promote diversity and inclusion throughout the IP community continues to be a pressing one, Muireann Bolger finds.

Despite many companies pledging to tackle systemic barriers such as racism and implicit bias, there are still relatively low numbers of women in leadership positions among general counsel, and even fewer people of color.

Consequently, the intellectual property (IP) community needs to foster a culture of inclusion and embrace diversity in all its facets, according to speakers at yesterday’s Town Hall: Inclusion—A Must-Have for Brands and Brand Legal Professionals.

“The last six months have created a new context for diversity and inclusion (D&I),” said moderator Jackeline Stewart, Head of Multicultural Communications, U.S., Edelman (US). “Brands and businesses must now manage three intertwined issues: COVID-19 and the economic downturn; the necessity of action around diversity, equality, and inclusion; and the fallout of the U.S. presidential election, which is causing deep and partisan divides.”

Ms. Stewart added that this febrile social and political climate had created the right environment for action.

“This is one of the greatest shifts we have seen,” she declared. “For brands and businesses, the issue of systemic racism demands their attention and presents a historic opportunity. This is why it is important to get D&I right.”

“We’re getting the diversity we want through the door, but we are having a harder time keeping these people.” - Tywanda Harris Lord, Kilpatrick Townsend & Stockton

While significant progress has been made, the recruitment and retention of women, Black, and ethnic minority lawyers remain an ongoing problem, noted Tywanda Harris Lord, Partner at Kilpatrick Townsend & Stockton LLP (US).

“We’re having issues with attrition. We’re getting the diversity we want through the door, but we are having a harder time keeping these people,” she said. As a result, she added, “We need to figure out what we are doing wrong and how we can improve that process.”

One of the key issues is the problem posed by implicit bias, which continues to create barriers to women and people from diverse communities, agreed the panel.

Ms. Harris Lord explained that “bias and blatant discrimination are two very different things,” and that “bias is based on a knee-jerk reaction” which influences how people act.

Confirmation bias is particularly problematic in legal circles, she noted. For example, when a senior counsel hires an attorney from a particular law school they view as excellent, they will automatically expect excellent results, she suggested.

But, conversely, that counsel may harbor an unconscious bias toward a new hire from a law school with a high proportion of Black students, leading them to be more inclined to be critical, Ms. Harris Lord said.

“They view them more harshly. They don’t give them a second chance,” she said. “In the legal profession we’re not very forgiving of people. When we feel a connection, it is much easier to forgive mistakes.”

“When people see other people in those roles who look like them, it really does empower.” - Mei-lan Stark, NBCUniversal Media, LLC

Being the only woman and/or person of color in the room poses a stumbling block to the progress of female and diverse lawyers, explained Mei-lan Stark, Senior Vice President & Chief Counsel, Intellectual Property at NBCUniversal Media, LLC (US).

“I’ve spent a lot of time being the ‘one and only’ in the room. It is a different experience,” she recalled. “I was in my forties before I had a woman of color as my general counsel. And it had a profound effect on me. When people see other people in those roles [who look like them], it really does empower.”

Allen Lo, Deputy General Counsel for Product, IP, and Legal Operations at Facebook, Inc. (US) agreed, noting: “If you’re the one and only, you feel as if you represent a group, and a weight is on your shoulders. If you are the only woman or the only Black lawyer you don’t want to be the one who makes ‘that’ mistake.”

The panel concurred that men and women continue to be treated differently in the workplace.

“For brands and businesses, the issue of systemic racism demands their attention and presents a historic opportunity.” - Jackeline Stewart, Edelman

This, the speakers agreed, is why it is vital to have training programs and mechanisms in place to tackle these entrenched prejudices. In addition to training, companies could potentially make use of advances in technology. For example, Facebook has introduced a virtual reality (VR) tool as part of its D&I program, according to Mr. Lo.

“VR isn’t just for games—it has uses in D&I. It can immerse people in what it feels like to be a woman or person of color, for example,” he said.

He explained that the VR content is created, and a person can put on a headset and be transported into a virtual business meeting.

By having this experience, people can see more clearly how those in leadership positions react differently to women and ethnic minorities during the e-meeting, compared to their white male counterparts.

“If you are the only woman or the only Black lawyer you don’t want to be the one who makes ‘that’ mistake.” - Allen Lo, Facebook, Inc.

The panel also explored how brands, businesses, and the legal profession need to ensure that conversations that have been prompted by the Black Lives Matter movement, and by the death of George Floyd, who was killed during an arrest in May, outlive the strange conditions imposed by the COVID-19 pandemic.

“My fear is that we have all been discussing these issues because of COVID-19,” said Ms. Harris Lord. “George Floyd wasn’t the first, the second, the third, or the fourth Black victim of police brutality. He was the umpteenth.”

She noted the presence of a captive audience because so many people have been in lockdown at home watching the news.

“I’m hopeful that it wasn’t just an ‘event,’ and that when all of us are back at work, this topic does not fall by the wayside,” she concluded.