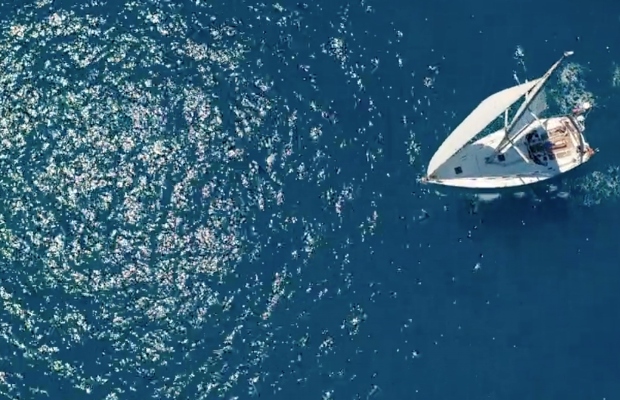 Free trade may be a strong driver of economic growth, but it also facilitates illicit trade. Ed Pearcey finds out how various countries are tackling the challenge.

“Free trade zones (FTZs) are the problem child of global trade,” said Jeffrey Hardy, Director General at the Transnational Alliance to Combat Illicit Trade (US). “On one hand they are highly valued for their contributions to trade facilitation, but on the other hand they are criticized for vulnerabilities that allow many forms of illicit trade and other illegal activities.”

Stanley Lai, SC, Head of IP at Allen & Gledhill LLP (Singapore), agreed, saying: “It should not come as a surprise that counterfeiters will avail themselves of these barrier-free networks to perpetuate the sale and disposal of illicit goods.”

The overall impact could be huge given that, today, there are more than 3,500 FTZs globally.

A 2019 report, “Intellectual Property Crime Threat Assessment 2019” by the European Union Intellectual Property Office (EUIPO) and Europol, identified FTZs as “key locations for criminals engaged in counterfeiting” because they provide relief from taxes, have simple administrative procedures, and allow for the duty-free import of materials and equipment.

“It should not come as a surprise that counterfeiters will avail themselves of these barrier-free networks to perpetuate the sale and disposal of illicit goods.” - Stanley Lai, Allen & Gledhill

A year earlier, “Trade in Counterfeit Goods and Free Trade Zones” published by the Organisation for Economic Co-operation and Development (OECD) and the EUIPO, found that the establishment of a new FTZ is associated with a 5.9 percent rise in the value of counterfeit exports from the host economy.

“The growth of world trade that has been facilitated by the reduction of tariffs, trade barriers, and regulatory burdens and by technological and logistical advances has provided benefits for businesses and consumers,” Mr. Hardy said.

“At the same time, the expansion in legal trade has provided opportunities for a range of illicit networks engaged in illicit trade to expand their operations.”

The report by the OECD and EUIPO determined that the larger the size of an FTZ in an economy, the greater the value of fake products that economy exports globally. As Mr. Hardy noted, this means that the FTZs with the largest trade volumes are also the ones of particular concern for intellectual property (IP) owners.

Preliminary findings indicated that, where FTZs exist, specific regulations to govern IP enforcement within these zones tend also to exist—but in practice, enforcement itself appears low.

According to Piotr Stryszowski, Senior Economist at the Public Governance Directorate of the OECD, this is because government action to counter illicit trade is often uncoordinated and/or poorly implemented. In contrast, criminal networks are generally able to react quickly and dynamically to avoid detection and circumvent law enforcement.

He predicted: “Without further actions from governments to increase oversight and transparency in FTZs, criminal elements will continue to use zones to exploit the shortcomings in institutional law.”

“It will take a coordinated, sustained response and the sharing of best practices and information to lead to the development of regulatory standards.” - Jeffrey Hardy, Transnational Alliance to Combat Illicit Trade

In addition to criminals leveraging FTZs to expand their illicit operations on the ground, they are also tapping into the explosive growth of Internet commerce to sell counterfeit products to consumers anywhere in the world.

Purchases are then transported in small shipments which are a particular challenge for the existing enforcement frameworks governing trade facilitation, according to Mr. Stryszowski, because they represent one of the “enforcement gaps” being exploited by criminal networks.

In the opinion of Vincent Stauffer, Legal Counsel at the Federation of the Swiss Watch Industry FH (Switzerland), “The purchase of counterfeits on the Internet, and their distribution via small parcels, is the biggest challenge faced by IP owners and government enforcers these days.”

Customs authorities are at the forefront of the fight against counterfeiting in the context of global trade as they have the power to control parcels entering the country, he said, noting: “This has proved to be even more true lately, as the world is facing the COVID-19 pandemic and consumers have widely relied on online shopping.”

According to Mr. Stauffer, many customs authorities delegate the management of small shipments to transport companies. Such companies arrange the collection of goods, warehouse storage near shipping locations, customs clearance, and triangular shipping to destination countries.

While the use of transport companies is intended to facilitate the flow of the increasing number of “e-parcels”—parcels containing goods bought from online retailers—Mr. Stauffer said they are also providing a way for counterfeiters not only to distribute their products efficiently but also to remain anonymous.

When triangular shipping is used, the exporter referred to on the package, and noted by customs authorities, will often be the transporter, making it impossible to trace the suppliers of intercepted counterfeit e-parcels.

Mr. Lai proposed that border enforcement measures should include provisions that enable businesses to report an IP infringement to the relevant authorities, which can then take prompt action to seize the offending goods and arrest the perpetrators. Then, during this period, the seized goods should be stored at a non-prohibitive cost to IP owners pending any investigation, prosecution, and conviction.

“Without further actions from governments to increase oversight and transparency in FTZs, criminal elements will continue to use zones to exploit the shortcomings in institutional law.” - Piotr Stryszowski, OECD

Many stakeholders believe greater collaboration among all stakeholders—brand owners, governments, e-commerce platforms, and consumers—is the best way to combat counterfeiting.

“Each party has a piece of the puzzle, but none has the wider picture,” Mr. Stauffer said. For example, he believes a decrease in consumer demand for “cheap knock-offs” would stem the demand for counterfeit products, leading to less production and supply.

“Without consumers’ appetite for fake luxury goods the flow of small parcels containing illicit goods would decrease,” he suggested.

Mr. Hardy agreed that illicit trade is “well beyond” the capabilities of individual governments and companies. Rather, it will take a coordinated, sustained response and the sharing of best practices and information to lead to the development of regulatory standards.

Further, he said, the collaboration of businesses and law enforcement can generate evidence-based data to enable governments to develop more informed policies and guidance to battle illicit trade.

In addition, Mr. Lai suggested that businesses maintain a “rigorous policy of government engagement” so that officials are aware of the latest trends and actors in the counterfeiting context across different countries.

For Issam Benhssine, Founder at IB For IP (Morocco), the path to tackling worldwide illicit trade is straightforward. “International cooperation is key to delivering proper answers to counterfeiting and piracy at the global level,” he said.

Mr. Hardy emphasized that, for governments, anticounterfeiting efforts and trade facilitation are not competing objectives. “In this era of facilitation, multilateral or bilateral trade agreements increasingly include strong IP rights provisions,” he pointed out.

According to Mr. Lai, difficulties can arise when signatories to a free trade agreement do not apply similar standards of IP protection and enforcement mechanisms, but such challenges can be overcome by effective bilateral and multilateral engagement.

The Qatar Free Zones Authority (QFZA), which was established in 2018 to develop FTZs in Qatar and set policies to govern the businesses operating with the zones, has entered a memorandum of understanding with the Intellectual Property Office of Singapore (IPOS) and CrimsonLogic PTE, a specialist in e-government development.

The parties have agreed to make a strong bilateral cooperative effort to promote knowledge-sharing, including how to strategically use intangible assets and IP for the betterment of businesses.

Malik Al Kammaz, Partner and Country Manager at Saba & Co. IP (Qatar), noted that, based on the information available, it appears that there are plans to create a “robust IP regime within QFZA.” He said QFZA will draft and implement its own IP legislation relating to the areas it covers, in addition to those which already exist under Qatari law.

“Companies registered under QFZA will benefit from the strong IP and data protection laws,” he predicted.

Mr. Lai added: “As part of this bilateral effort, I anticipate there will be much that can be learned between QFZA and IPOS in terms of IP protection and enforcement.”

“The CPTPP provides a level of certainty for rights holders regarding the use, protection, and enforcement of their IP rights.” - Vangelis Vitalis, New Zealand Ministry of Foreign Affairs and Trade

In New Zealand, the IP chapter of the Comprehensive and Progressive Agreement for Trans-Pacific Partnership (CPTPP) is already having a positive impact on IP enforcement.

The CPTPP created a set of uniform IP rules and standards which apply when New Zealand-based businesses export goods to signatories of the CPTPP, and vice versa.

He noted that the CPTPP provides a level of certainty for rights holders regarding the use, protection, and enforcement of their IP rights when trading with CPTPP countries.

For example, the CPTPP awarded additional powers to the New Zealand Customs Service in relation to suspected counterfeit shipments.

Now, the Customs Service can on their own authority temporarily detain suspected shipments of goods which may infringe trademarks or breach copyright. Previously they only could have done so when a registered customs notice was filed in relation to alleged IP infringement.

Rachel McDonald, Director at Ironside McDonald Intellectual Property (New Zealand), suggested: “The combination of the additional powers, and the ability to share information between the CPTPP members, will over time, facilitate much closer interaction and communication within customs.”

In October 2019, the OECD’s Council adopted the organization’s “Recommendation on Countering Illicit Trade: Enhancing Transparency in Free Trade Zones.” Although not binding, the guidance asks for the adoption of a voluntary Code of Conduct to achieve “clean FTZs” by promoting transparency and deterring the use of FTZs as conduits for illicit trade.

Measures include the provision of unconditional access to competent authorities, the detailed record-keeping of shipments entering and leaving FTZs, and the prohibition of any person or entity which does not comply with the applicable regulations and customs rules.

The Council hopes to establish a diagnostic tool to assess the compliance of FTZs with the Code of Conduct, as well as develop a toolkit to support countries seeking to implement it.

The extent to which such clean FTZs are being developed should become clearer when the OECD’s Public Governance Committee provides the Council with a report on the Recommendation’s implementation. The report is expected no later than five years after the Council’s adoption, and will no doubt be welcomed as an indicator of progress in the combating of illicit trade through FTZs.