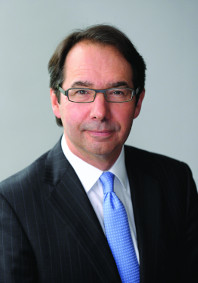 Mark Evans has more than 30 years’ experience in IP law with a focus on providing sophisticated trademark protection, management and counselling services. He represents many of the world’s most famous brand owners and personalities, is recognised as one of Canada’s leading trademark lawyers and has been successful in numerous high-profile, precedent-setting cases. Evans is the managing partner of the firm’s Toronto office.