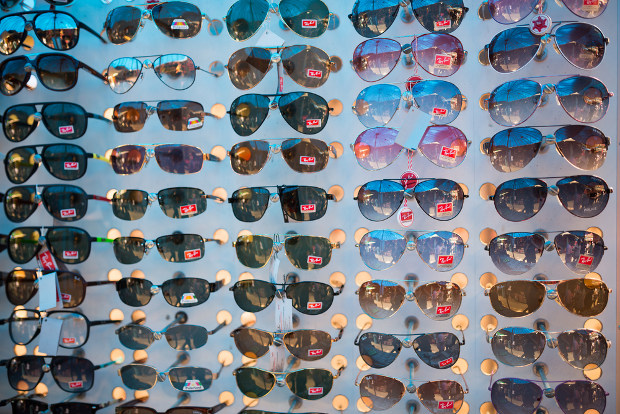 A United Nations office has launched a new campaign aimed at raising awareness of the dangers of counterfeit goods and their links to crime.

The campaign, Counterfeit: ‘Don’t buy into organised crime’ , has been launched by the United Nations Office on Drugs and Crime (UNODC).

Its message is to “look behind” the production of counterfeit goods and to make consumers understand the ramifications of the trade, which it says amounts to $250 billion per year.

The campaign will begin today, January 14, with a public announcement and video which will be broadcast in the heart of New York City, Times Square.

It will then be shown on several international television stations.

"In comparison to other crimes such as drug trafficking, the production and distribution of counterfeit goods present a low-risk/high-profit opportunity for criminals,” said Yury Fedotov, UNODC's executive director on the day of the campaign’s launch.

In a press release, the UNODC describes counterfeiting as a crime which touches “virtually everyone in one way or another” and that counterfeit goods, whether drugs or consumer products, can pose a serious risk to health and safety.

“Consumers are at risk from unsafe and ineffective products and faulty counterfeit goods can lead to injury and, in some cases, death,” it said, adding that vehicle tyres, brake pads and airbags, aeroplane parts and baby formula were among the different items which have been counterfeited.

Fabio Giacopello, partner at Chinese law firm HFG in Shanghai, said that as an IP practitioner he “warmly welcomed” the initiative.

“IP disputes that relate to fighting counterfeit smuggling are among the less pleasant to deal with. Indeed we are forced to face criminals and often we have not enough tools to do so,” Giacopello told WIPR.

The campaign also highlights risks attached to buying counterfeit medicines and drugs, adding that the sale of fraudulent medicines from East Asia to South East Asia and Africa amounts to $5 billion per year.

“At the very least, fraudulent medicines have been found to contain no active ingredients, while at their worst they can contain unknown and potentially harmful chemicals,” it said.

The UNODC also highlights a link between the counterfeiting trade and organised crime.

“From exploited labour being used to produce counterfeits, through to the harmful and potentially deadly dangers attached to these goods … counterfeiting is a crime that affects us all,” it said.

Fedotov added: “Counterfeiting feeds money laundering activities and encourages corruption. There is also evidence of some involvement or overlap with drug trafficking and other serious crimes."

Giacopello added: “Another point to mention would be the role of China in this business of counterfeits smuggling. China is a big player, producer and exporter, probably having a relevant market share in this $250 billion business.”

However, Giacopello added that he expected the new Chinese leadership, which took over in 2012, to do more than past leaders to tackle the issue.

The UNODC has encouraged the public to view the video and use communications including social media, mailing lists and webpages to share it.