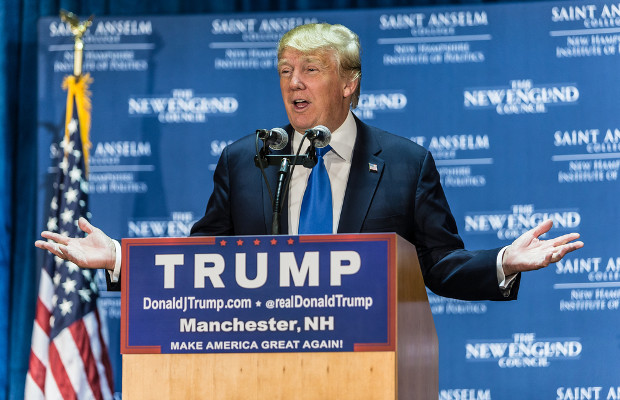 A trademark application has been filed for the term ‘Drumpf’, in reference to US presidential candidate Donald Trump’s alleged ancestral surname.

The trademark was applied for on February 26 at the US Patent and Trademark Office (USPTO) by a company called Drumpf Industries, based in Delaware.

The term ‘Drumpf’ has gained popularity after John Oliver, who hosts the “Last Week Tonight” show on US television, said that Trump’s original family name was actually Drumpf.

According to the trademark application, the mark is intended to be used as a “provision of a website featuring multimedia content”.

Trump’s family background was revealed in a book by journalist Gwenda Blair called “The Trumps: Three Generations of Builders and a Presidential Candidate”.

In an interview with German broadcaster Deutsche Welle, Blair said: “His [Donald Trump] grandfather Friedrich Drumpf came to the United States in 1885 which was the height of German immigration.”

Oliver started the campaign because the “very name Trump is the cornerstone of his brand”. He added that using the new name would “uncouple that magical word from the man he really is”.

US presidential election: five trademarks not owned by Clinton or Trump
07-11-2016