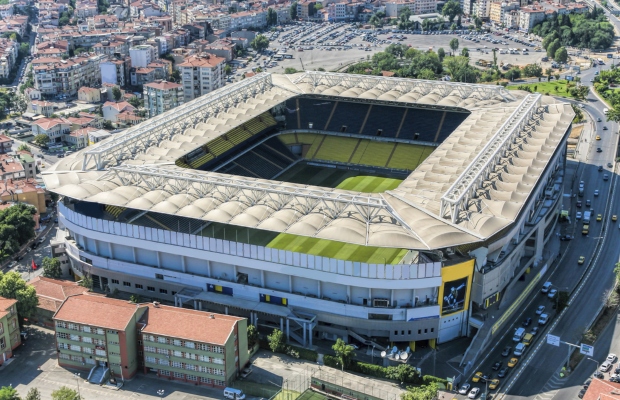 The owner of BeIN Sports is suing Turkish football club Fenerbahçe after it used a distorted version of the Qatari broadcaster’s logo to protest against alleged bias in its coverage.

A BeIN Media spokesperson confirmed to WIPR that it had filed legal action at an IP court in Istanbul against the club on Wednesday, February 24, days after Fenerbahçe players, including January star signing Mesut Özil, warmed up in t-shirts featuring a ‘BeFAIR’ logo.

“We have seen the remarkable images and campaign breaching our IP—which only harms the whole of Turkish football. We will take whatever legal action necessary to protect our rights,” the spokesperson said.

BeIN says it refuses to display the ‘BeFAIR’ logo as it infringes the broadcaster’s trademark, and is preparing further actions alleging defamation and abuse.

“As we have shown before, we take an uncompromising approach to the protection of IP, not least because it is the economic foundation of football,” a BeIN spokesperson said.

In recent weeks, Fenerbahce president Ali Koç has alleged that BeIN has distorted camera angles and highlights to negatively represent Fenerbahçe’s matches, including in video-assistant referee (VAR) decisions. Fenerbahçe also claims that BeIN commentators have been instructed to criticise the club’s performances. The Qatari broadcaster denies all of these allegations, insisting that it does not have control over which camera angles to show during matches.

Issues between the club and BeIN stem back even further. In January, the broadcaster issued a public apology after a fake crowd noise made available to viewers contained anti-Fenerbahçe chants.

At the time, the club said: “Since the beginning of the season, we have warned the broadcaster many times at the highest level for its decisions and approaches that are out of line, and we have communicated to them that our only expectation is an ‘objective, fair, impartial’ policy. With this latest agenda, it has become clear that the steps taken against Fenerbahçe by the broadcaster have now been deliberately brought to an unimaginable level and will not be able to recover after this moment.”

Fenerbahçe players have since appeared for interviews with the broadcaster wearing the BeFAIR t-shirts, and wore them during their warm-up before their game against Goztepe on Sunday.

Fenerbahçe is among the most successful clubs in Turkey, having won a record 19 Super League titles. The past decade has been something of a fallow period for the club, which has not won the national championship in seven years.