Trademarks in Cape Verde: Declaring intent to use 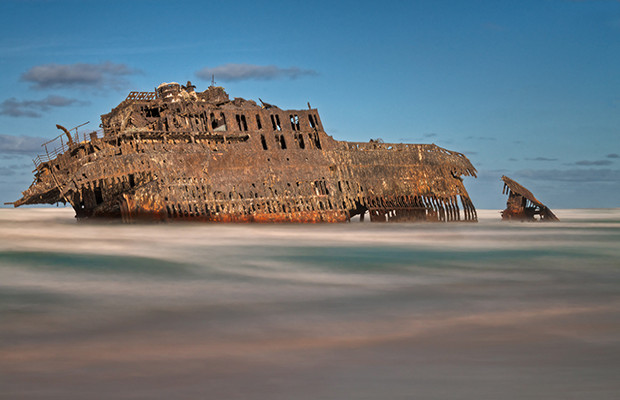 Applicants now have to start filing declarations of intent to use to keep their trademarks in force in Cape Verde. Diana Pereira and João Francisco Sá of Inventa International report.

This is undoubtedly an important year for the maintenance of trademark registrations in Cape Verde—2018 marks the commencement of the filing of declarations of intent to use (DIU) in this African jurisdiction.

This jurisdiction’s IP ecosystem is still very young and the first granted trademarks started only five years ago. Trademark owners should be wary of the legal consequences of DIU in order to properly manage their IP in the island nation.

Historically, the IP law of Cape Verde draws many provisions from Portuguese-speaking countries such as Portugal and Mozambique, with which the country shares many cultural and legal ties. These countries are both noteworthy in this context, taking into account their past and current provisions regarding DIU.

The current Portuguese IP code was approved in 2003 and its article 256 implemented a system of DIU, which is very similar to the provisions approved by the Cape Verde IP Law of 2007, except for the mention of international trademarks through the Madrid System, which is not applicable in Cape Verde.

In 2008, several changes were made to the Portuguese IP code in order to simplify and promote the access to industrial property. In this regard, and by way of reducing maintenance costs and what was deemed to be unnecessary formalities, DIUs were abolished as they were deemed an “excessive burden on citizens and businesses”.

Past Mozambican IP legislation also made mention of DIUs. The current IP code from 2015 establishes, in article 138, the provisions that should be taken into account when filing DIUs. These build upon the Portuguese system and local practice, while certain shortcomings were addressed with a notice from the IP Office dated 2016.

As we will see below, many aspects of the Cape Verde approach to DIUs are similar to the Portuguese and Mozambican cases.

In accordance with the national IP law article 165, from Law Decree number 4/2007 of August 20, 2007, it is important to know that the DIU must be filed with respect to trademarks every five years, calculated from the date of registration.

The Mozambique IP code mentions date of registration or renewal, but the current understanding is that it should be filed five years from the date of application.

It is also important to know that the filing of a DIU is waived in the year of the trademark’s renewal. Trademarks must be renewed every ten years, counting from the registration date, which matches the reference date of the DIU.

In Mozambique, the renewal is not counted from the registration date and questions have arisen regarding the reference date for filing a DIU, which is not a problem in the Cape Verdean approach.

In practical terms, a DIU is a simple declaration that should be signed by the representative of the trademark owner. It includes relevant information such as the owner’s name, nationality and address; the trademark device, application number, and classes; and the trademark’s filing and registration date. A power of attorney is also required if it is not already made available with a previous file.

The single most important aspect of the DIU is related to the legal consequences of not filing one within the above mentioned one-year deadline.

If the DIU is not filed, trademarks are unenforceable against third parties and are open to cancellation, which can happen following a request from a third party or if there is a conflict with third party rights. In the event that trademark owners fail to file the DIU, the trademarks will be deemed fully valid once again only if evidence of use in Cape Verde is filed.

The law is not explicit concerning the kind of documentation that would be accepted as “evidence of use”. Notwithstanding, taking into account the current practice in Mozambique, materials such as advertisements, invoices proving commercial activity in Cape Verde, and pictures of the goods as made available in commerce or website analytics may be considered acceptable.

The owner of a trademark that is cancelled for lack of a DIU should be notified of said decision. Although the notification should be merely informative, this does not necessarily mean that it should be published only in the official gazette.

The Cape Verdean legislation opted to keep a provision regarding the “posterior extension” of a trademark, which would refer to a subsequent designation of an international trademark.

This is a case of an inaccurate partial transposition of the Portuguese law that inspired the norm, as the provisions that would set the reference filing date of a DIU for international trademarks (that were not subsequent designations) were left out.

Serious use of the trademark

A registered trademark provides the right to exclude others from using confusingly similar marks in commerce, but also creates the obligation to use said registered mark ‘seriously’ for five consecutive years in order to maintain the registration. A cancellation for non-use can be filed by an interested party and the trademark owner has to prove its use in order to keep the trademark in force.

The current Cape Verde system thus creates an ambiguity because it provides the possibility of filing cancellations either for non-use or for lack of DIU.

"Filing a DIU should not be sidestepped even if there is serious use of a trademark."

In this sense, filing a DIU should not be sidestepped even if there is serious use of a trademark.

Bearing in mind that the Institute of Intellectual Property of Cabo Verde has started to grant trademarks relatively recently, the first DIU shall be filed in the current year. As this maintenance step is a new procedure, however, mistakes may be made.

Some aspects of this procedure were handled just recently, including the establishment of the official fees to file a DIU, which were not mentioned in the official schedule of fees, and the necessary information and documentation to proceed with this maintenance procedure.

The timely filing of DIU is of crucial importance to keep trademarks in force in Cape Verde and, beginning in 2018, trademark owners and their representatives will have to closely monitor these procedures which are set to mark a major new phase for IP in the island nation.

Diana Pereira is an IP consultant at Inventa. She holds a degree in languages, literature and culture, and a master’s in translation from the University of Lisbon. She can be contacted at: dpereira@inventa.com

João Francisco Sá is a patent and trademark attorney who is completing a masters in IP law at the University of Lisbon. He can be contacted at: jfsa@inventa.com