Staying Ahead of the Curve: The Anticounterfeiting and Unreal Campaign Committees 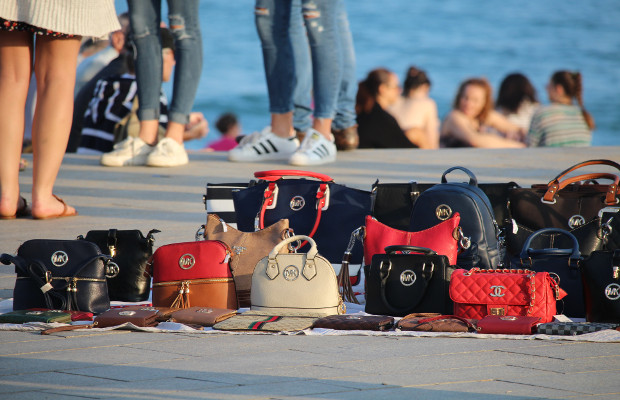 INTA’s Anticounterfeiting Committee and Unreal Campaign are working hard to fight fakes and educate young people about IP, as their Chairs and Vice Chairs explain to Sarah Morgan.

Tasked with leading the charge against fakes, INTA’s Anticounterfeiting Committee (ACC) has a tough job.

But Heather McDonald (BakerHostetler, USA), Chair of the Committee , and Virginia Cervieri (Cervieri Monsuarez & Asociados, Uruguay), Vice Chair, are up for the challenge.

“INTA is a leading voice for brand owners, and we regard counterfeiting as one of the most critical issues facing not only our members, but consumers, communities, national economies, and society at large,” explains Ms. McDonald.

Customs and border measures, criminal enforcement, and the sale of counterfeit goods online are just some of the issues the committee is tasked with handling, and trying to stay ahead of the curve is a constant challenge.

Policy dialogues bring together all the stakeholders involved in anticounterfeiting efforts, such as online platforms, brand owners, and government officials in order to focus on exploring solutions to the problem.

Ms. McDonald adds: “Online counterfeiting, which is global in nature, has become so big that one of our challenges is just to stay constantly focused on the issue. We try to bring disparate viewpoints together to find a common solution.”

Maysa Razavi, INTA Anticounterfeiting Manager, adds that INTA is developing several best practices documents focused on online counterfeiting, including one for private stakeholders and another one for law enforcement.

One of the ACC’s most important objectives, according to Ms. Cervieri, is the continued focus on involving brand owners. This year’s Annual Meeting will include two workshops dedicated to brand owners, because it is important to know what they need and how INTA can help.

“The number of brand owners at INTA is increasing, with new brand representatives joining the committee all the time from all over the world,” Ms. Cervieri says.

The increased involvement of brand owners ensures that INTA’s policies reflect an even more comprehensive cross-section of the IP community, adds Ms. McDonald.

And constant vigilance is the key to facilitating industry cooperation with administrative and law enforcement bodies.

“We take pride in the fact that our volunteers are so actively committed to these issues and work with local governments and stakeholders on keeping these issues front and center,” Ms. McDonald says.

The ACC is a member-driven network of 270 professionals from all over the world.

Divided into nine regional subcommittees, the members provide INTA with local expertise and act as on-the-ground advocates for the Association’s positions globally.

As Ms. Razavi notes, the ACC has been taking the lead on holding a series of workshops globally in the last two years.

“Last year, the focus was on the role of intermediaries in counterfeiting, with events held in Singapore, Johannesburg, Beijing, Brussels, and Buenos Aires. This year, INTA is focused on discussing how brand owners should enforce in free trade zones, with events in New York, Hong Kong, Cartagena, Dubai, and Berlin.”

In April 2016, the Association sponsored an enforcement seminar hosted by the Mexican Institute of Industrial Property and the U.S. Intellectual Property Enforcement Coordinator, the first event of its kind.

And INTA was grateful to work with the National Institute of Industrial Property of Chile to host a second annual seminar, which took place from May 4-5, adds Ms. Razavi. “We were able to expand the event from 12 to 14 offices this year.”

The committee has also been very active in Canada, due to recent legislative and governmental changes, says Ms. McDonald.

“Our subcommittee in Canada has been great. We sent three large delegations to speak to the government and our voices are being heard,” she adds.

Another major achievement during the committee’s term was INTA’s 2017 Anticounterfeiting Conference, which took place in February in Hong Kong SAR, China.

At the conference, representatives from numerous regional task forces focused on the issue of anticounterfeiting on a global scale.

INTA also issued a report during the conference, The Economic Impacts of Counterfeiting and Piracy, finding that the global economic value of such infringement could reach US $2.3 trillion by 2022.

The committee has no shortage of programs aimed at addressing the issue of counterfeiting.

The secure videos are then uploaded to customs portals worldwide, allowing customs organizations to access the information and training provided by INTA members.

A customs training program has also been set up.

Launched at the request of members looking for more opportunities to meet one-on-one with customs officials, the program is focused on establishing face-to-face meetings between brand owners and customs so that the officials can receive training on how to identify counterfeit goods. Since November 2016, two trainings have been conducted with plans to continue holding more trainings in 2017.

Educating the Next Generation

Through collaboration with the Anticounterfeiting Committee, the Unreal Campaign was born. Launched in 2012, the Unreal Campaign aims to educate students (ages 14-18) on the importance of trademarks and the dangers of counterfeit goods. Over the past five years the Campaign has reached approximately 9,000 students inside the classroom and countless more though online initiatives.

In 2016, the Unreal Campaign got its own committee. This group of 70 INTA members focus on expanding Unreal all around the world through direct and online student engagement events.

With the help of the Unreal Committee, 2016 was a year full of successes. Unreal held 38 direct student engagement events reaching over 2,500 students inside the classroom, launched in 15 new countries, published 10 new videos and reached over 120,000 students online.

The committee is off to a great start this year and is hoping to surpass the number of students reached in 2016. So far in 2017, the committee has helped to organize over 15 direct student engagement events.

However, as with any grassroots campaign, there are some challenges.

“It really can be challenging to persuade school officials that it’s a good use of the students’ time,” she adds. In order to overcome these challenges, the committee has drafted letters to the schools that outline the importance of its presentation.

The content not only touches upon law, business, economics and marketing studies, but it also brings a new discussion to the classroom that is not regularly addressed in high school curriculums.

“Student engagement is not a problem, as the teenagers respond well during the sessions,” Ms. Brownlee explains. “We find that because students are not regularly exposed to intellectual property and trademarks in their normal studies, they are extremely attentive and eager to learn more.”

Daniela Rojas (Hilborne Hawkin, USA), Vice Chair of the Unreal Committee, says: “People think it’s a challenge to get teenagers engaged, but they really get into it, especially when you give examples of things that can go wrong.”

In terms of online engagement, it can be difficult to get the attention of teenagers when competing with so much content online, especially when it comes to social media.

However, other ways of promoting the message online have been identified, including getting a European social media influencer, @agiesamperi, to create a video—more than 60,000 of her followers have watched. The committee must be creative and strategic when determining where to grow Unreal online. This has been one of its main objectives and continues to be a focus moving forward.

What’s Next for Unreal?

According to Ms. Brownlee and Ms. Rojas, the Unreal Campaign is trying to reach more schools, continuing the successful partnership with DECA (an international association of students interested in studying marketing and entrepreneurship), and establishing its new partnership with the educational association, Future Business Leaders of America-Phi Beta Lambda. These large youth-oriented groups allow Unreal to reach a large audience of students through exhibition and break-out session opportunities.

This is the second year of the committee’s term and it has confirmed eight 2017 sponsors, including eBay, CSA Group, CompuMark, Google, Gucci, IP4Kids, New Era Cap Co. and Tilleke and Gibbins. The help of sponsorship money will allow Unreal to continue expanding its international reach and begin developing new online engagement initiatives to fight fakes.

How Can You Get Involved with Unreal?

Volunteer. Even if you are not serving on the Unreal Campaign Committee, you can still host a student engagement session in your local school. These sessions are typically one-hour assembly style presentations and INTA has the materials already prepared.

Suggestions. If you know of any youth-oriented and/or anticounterfeiting-focused initiatives that may be great partners for Unreal, please let us know!

Sponsor. We would not be able to continue spreading the Campaign without the help of our sponsors. A big thank you to our 2017 Unreal Campaign Sponsors, eBay, CSA Group, CompuMark, Google, Gucci, IP4Kids, New Era Cap Co. and Tilleke and Gibbins. Learn more about the sponsorship benefits today!

Donate. Any examples of real versus counterfeit goods are greatly appreciated! These examples help to enhance the presentations with students. If you are interested in donating, we ask that you contact INTA directly to ensure that the proper waivers are completed.

For more information on the Unreal Campaign or to become involved, please contact INTA’s Campaign Coordinator, Laura Heery at lheery@inta.org.