Rules of the club 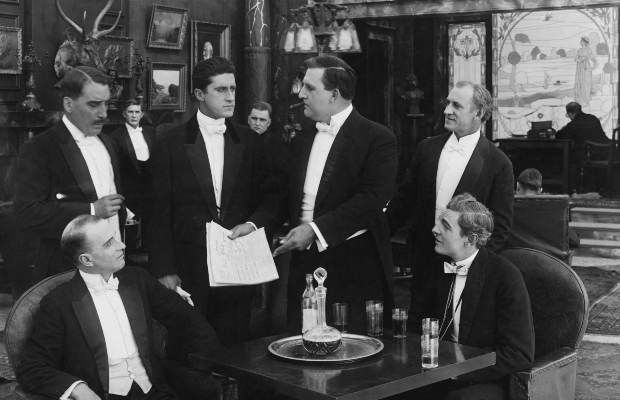 A dispute between InterDigital and Xiaomi highlighted the delicate balance between confidentiality and fair opportunity in SEP disputes, say Ranjan Narula and Suvarna Pandey of RNA Technology and IP Attorneys.

The objective of forming a ‘Confidentiality Club’ during patent or trade secret litigation matters has become a standard protocol to keep the business-sensitive documents/information confidential to the parties involved in the litigation. The idea is to limit access to documents to a specific set of people bound by the obligation to maintain confidentiality.

The rules state that each party shall nominate not more than three advocates, who are not, and have not been, in-house lawyers of either party, and not more than two external experts, who shall constitute the Confidentiality Club.

The post discusses the decision of a single judge of the Delhi High Court in an standard-essential patent (SEP) infringement suit between InterDigital Technology (plaintiff) and Xiaomi (defendant) (CS [COMM]-295/2020 and IA No. 6441, 2020).

In summary, the parties did not disagree on forming the Confidentiality Club but its structure. InterDigital has proposed a “two-tier” club classifying documents and their access as follows:

Xiaomi objected to the classification of “inner tier” documents. Xiaomi contended that it would result in its officials, personnel, and employees being denied access to documents comprising third-party comparable patent licence agreements. Further, these documents are necessary for them to examine the basis on which royalty rates have been worked out and whether they are comparable.

The court dealt with the issue of whether “comparable patent licence agreements” could be justifiably included in an “inner tier” of confidential documents, ie, kept away from the eyes of the defendant, as well as all its officers and employees.

”The court dealt with the issue of whether ‘comparable patent licence agreements’ could be justifiably included in an ‘inner tier’ of confidential documents.”

The court noted the following: the defendants would have to be made privy to the licence agreements with other licensees. Without knowing the identity of the licensee, the particulars of the licence agreement, or its covenants, it defeats comprehension as to how the defendants can be expected to make any submission regarding whether the rate at which such licence has been granted is, or is not, fair, reasonable, and non-discriminatory (FRAND).

The determination of whether licensing rates set by the SEP owner are FRAND requires assessment of licence agreements with other licensees, considering the licensees’ identity and the scope of the licence. This assessment cannot be carried out solely by advocates and external experts to the exclusion of party representatives.

Civil litigation generally requires each party to be aware of the other party’s case that it is supposed to counter, and no surprises should be permitted in this regard, especially in litigation as complex as this, involving fixation of FRAND rates and determination of the issue of whether Xiaomi is, or is not, infringing the SEPs of InterDigital.

The court opined that it is a prime necessity that the officials of Xiaomi, which is conversant with its activities, and who can decide on the rate at which Xiaomi can take a licence for the exploitation of the SEPs from InterDigital, are kept abreast of all aspects of the case set up by InterDigital. A prime element for the determination of FRAND rates would be the allegedly “comparable” licence agreements proposed by InterDigital.

InterDigital argued that access to documents marked and designated as LEO confidential information, third-party licence agreements in particular, contain sensitive commercial information. They are strictly restricted not to disclose such information.

“If such information is placed in the hands of other parties such as the defendants and if it is misused or further disclosed there-after, it could cause such grave prejudice to the commercial interests of the plaintiffs, as well as the third-party entities, who in many instances are competitors to the defendants,” said the court.

“In the case that such confidential and sensitive information is disclosed to the defendants, or is disclosed to other third parties thereafter, it will cause grave prejudice not just to the plaintiffs, but their third-party licensees as well, since it will be very difficult for the plaintiffs to be able to negotiate future licence agreements with licensees who cannot be assured that the confidentiality obligations with respect to such negotiations can be complied with.

“In such a situation, any order from this Hon’ble Court passed later cannot reverse the damage.”

”The case emphatically lays down that the business interest of a party cannot prevail over ‘fair opportunity’ and ‘natural justice’.”

While rejecting this argument, the court held: “First, that litigation is not a one-way street and, second, that InterDigital has invited Xiaomi into the arena, and not vice versa.” The court concluded Xiaomi is not unwilling to take licences from InterDigital, and determination of licence fees would require Xiaomi, its officers and employees to determine whether rates being offered are FRAND.

The court thus rejected InterDigital’s wishes for the creation of a “two-tier” Confidentiality Club, with “inner tier” documents being shown only to advocates (who are not in-house counsel) and external experts nominated by Xiaomi.

The court directed to constitute the single-tier Confidentiality Club in the following terms:

The case emphatically lays down that the business interest of a party cannot prevail over “fair opportunity” and “natural justice”. Further, the court is required to balance the interest of the parties and cannot place one on a higher pedestal than the other.

Ranjan Narula is the managing partner at RNA Technology and IP Attorneys. He can be contacted at: rnarula@rnaip.com

Suvarna Pandey is a registered patent agent and a law graduate at RNA. She can be contacted at: spandey@rnaip.com