Practicing What You Preach 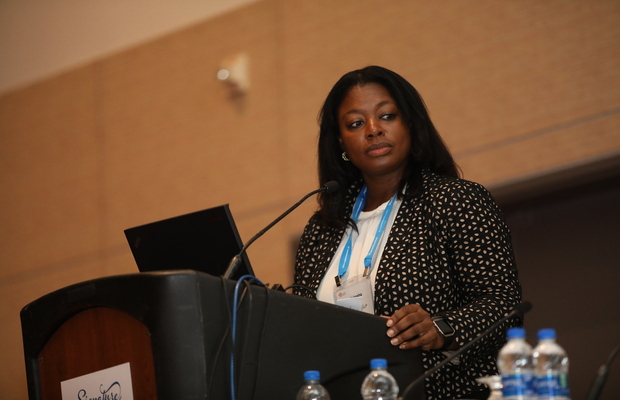 Corporate social responsibility has become an important issue for brands, but it’s vital to back up your good words with good actions, as Rory O’Neill reports.

Climate change has the potential to be the defining social and political issue of our era. As calls increase for governments to declare a climate emergency, there has never been more scrutiny on what decision makers, whether in the political or corporate sphere, are doing to tackle the problem.

It is little surprise, then, that brands are increasingly attempting to define themselves as “green” in an effort to make it known that they are part of the solution, rather than the problem.

Companies that exaggerate or fail to live up to their own claims, however, do so at their own peril, and often at significant risk to their brand. This was the warning from the panel at yesterday’s session CT03 Brand Protection and the Intersection of Trademarks, Advertising, and Corporate Social Responsibility, which discussed the branding implications of corporate social responsibility (CSR).

As Gare Smith, Partner, Corporate Social Responsibility Practice, Foley Hoag (USA), noted: “People have very different ideas of what CSR means.” He pointed to a useful definition from The John F. Kennedy School of Government at Harvard University (USA): “CSR encompasses not only what companies do with their profits, but also how they make them.”

The increased focus on CSR, both from consumers and in the media, has coincided with the filing of so-called “green trademarks,” as moderator Natasha Reed, Counsel, Foley Hoag LLP (USA), described them. Companies may choose a green trademark to define not just a single product line as eco-friendly, but possibly their whole brand identity.

Failure to get it right, however, can cause reputational damage, Ms. Reed said. Panelists highlighted examples of brands that had faced negative publicity after their environmental claims were found to be overstated.

Greenwashing is the practice of making unsubstantiated or even misleading claims about a product or brand’s stance on environmental sustainability issues.

“People don’t like to be hoodwinked,” said Mr. Smith.

So what are the standards that brands must follow in order to navigate the challenges of CSR-focused branding? To this end, Lesley Fair, Senior Attorney, Bureau of Consumer Protection, Federal Trade Commission (USA), said that brand owners need to be rigorous in the evidence they provide when making claims about the social and environmental benefits of their products.

Speaking in her personal capacity, Ms. Fair said that companies would do well to adhere to the FTC’s regulations on false and deceptive advertising. These require environmental claims in advertising to be demonstrably true and backed up by science.

It is not enough, Ms. Fair said, to mask claims in ambiguous language such as “earth-friendly,” to obscure a lack of objective evidence.

“It is a big mistake for companies to think [that] if they don’t have science,” they can just use ‘fluffy terms,’ she added. “That’s not just puffery; it’s a lawsuit waiting to happen.”

“It is a big mistake for companies to think [that] if they don’t have science,” they can just use “fluffy terms. That’s not just puffery; it’s a lawsuit waiting to happen.”

Mary Carragher, Chief Counsel, Global Marketing and Media at Mondelēz International (USA), echoed the point, noting that deceptive advertising is not just a marketing concern but, in the United States at least, can open companies up to liability at both federal and state levels.

Even if such conduct doesn’t result in a lawsuit, “it can still end up in the court of public opinion,” Ms. Reed pointed out, and that can be just as damaging to a brand.

Of course, CSR encompasses much more than just environmental concerns. Brands have to be conscious of the wider impact of all of their actions.

Lena Saltos, Associate General Counsel, Global Director of Intellectual Property at Urban Outfitters, Inc. (USA), referenced the practice of “cultural appropriation,” whereby a brand is perceived to have exploited a community’s cultural assets or knowledge, typically that of an indigenous people or minority group.

As Ms. Saltos noted, these scandals “often play out in the media,” causing significant harm to a brand’s image.

How can these pitfalls be avoided? The obvious answer, of course, is simply not to engage in cultural appropriation. But that may be easier said than done. Ms. Saltos offered some practical advice to help prevent such missteps.

“Luxury and fashion brands frequently get into trouble in this area, especially when they overlook the importance of having both CSR and IP professionals in the same room as the creative executives, product developers, designers, and marketers,” she said.

“They also often overlook the need to clear new products and ads not just from a legal perspective, but also from a general standards perspective,” she added.

At Urban Outfitters, Ms. Saltos said, IP and legal professionals work as part of a “cross-functional” approach to ensure consistency in the company’s CSR statements and protect the brand.

Driving home the point, Ms. Reed reiterated the best practice of having “everyone in the room before a new product or ad launch, including IP counsel and executives who can vet communications with an eye on standards and practices.”