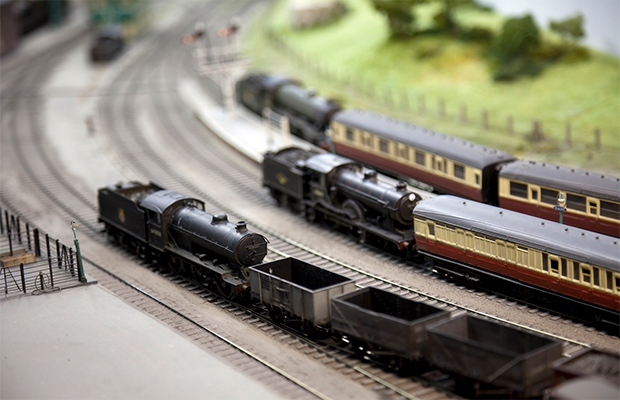 In September, the court in The Hague ruled on the possibility of having IP rights in model trains. The IP protection offered to products in this niche market has been the subject of several court cases in the Netherlands, whereby the purpose of the scale models seems to play an important role in copyright/trademark infringement matters.

In the model train case, one of the subjects discussed was the copyright protection of the final product consisting of a scale model of an existing train. The court confirmed that this was not a copyright-protected work as it was an exact copy, to scale, of an existing train compartment. The characteristics of the model train closely resembled those of the original train. However, other aspects were copyright-protected: the solid works drawings and the moulds used to manufacture the scale model.

This is not the first time the court has had to rule on the IP protection of scale models.

The court first determined whether the stadium is a copyright-protected work and what the main characteristics are. This was a response to the defendant’s claim that the stadium had to meet functional requirements and therefore could not be protected. The defence was quickly dismissed. This led to the further, more interesting question of whether a scale model infringes this work.

Although there are some differences between the scale model and the original stadium, the overall impressions of the two do not differ sufficiently to say the scale model is an independent, new work. The court did not consider relevant a report of a technical engineer who had compared the buildings as if one did not concern a scale model.

The court based its reasoning on the purpose of the scale model. The fact that the overall impressions do not differ too much ought not to be surprising as the aim was to market a product that was more or less an exact copy of the stadium. The targeted public are football supporters who must be able to recognise ‘their stadium’ in the scale model offered for sale. The court concluded the scale model is an unauthorised reproduction resulting in copyright infringement.

The relation between scale models and the original product also played a role in the trademark infringement case, Opel (2007), at the Court of Justice of the European Union. Autec brought a remote-controlled scale model car Opel Astra V8 coupé to the market. The toy car had the ‘Opel’ trademark placed on the grille and the trademark of Autec was placed not on the toy car itself but on the remote control.

Opel has its trademark also registered for toy cars. Autec claimed the use of the Opel sign is exempted as it indicates characteristics of the model car. If the sign was not placed on the model car it could not be a scale model of the Opel car. The court ruled that affixing the trademark to a scale model so as to faithfully reproduce the original is not exempted use as it is not intended to provide an indication of a characteristic of those scale models.

Another case concerned enlarged models. The holder of the claimed copyright in an oversized flower pot of translucent material with an integrated lamp initiated legal action against a similar product owner. The first question was whether the oversized flower pot, called Bloom, was protected. There were several, older flower pots on the market which are translucent with an integrated lamp, but in smaller sizes.

"The court ruled that affixing the trademark to a scale model so as to faithfully reproduce the original is not exempted use."

The court found that enlargement or reduction is irrelevant when it concerns a technical act which is not the result of a subjective choice. In this case however the enlargement was done in such a manner that the mutual relations between the different components of the flower pot had changed. The oversized flower pot was therefore copyright-protected and the holder could invoke its copyright.

The different cases illustrate that for a manufacturer, it is a thin line between ensuring a scale model is such a faithful reproduction that the public finds it of good quality, but that it also has sufficient difference from the original product.

The case of the enlarged flower pots demonstrates that for obtaining copyright protection the enlargement/reduction can be the result of a subjective choice when it does not concern a true-to-scale model but some amendments have been made. These amendments would not however be considered acceptable to model train and car aficionados.