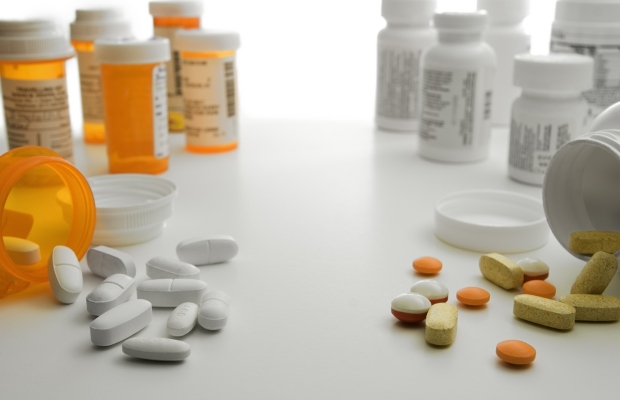 In August 2021, the Court of Appeal for the Federal Circuit (CAFC), in a per curiam opinion, quietly decided one of the most important pharma cases in recent years in GlaxoSmithKline v Teva Pharmaceuticals USA (Fed Cir 2021).

The decision resulted in a $235 million infringement verdict for GSK. In addition, a dozen amicus curiae briefs were filed for consideration with the per curiam decision, from parties including both brand companies, generic drug companies and NPOs.

The decision in GSK v Teva effectively redefined the understanding of skinny label exceptions to infringement.

When a generic wants to enter the market with a drug covered by an Orange Book-listed patent, its Abbreviated New Drug Application (ANDA) is required to contain a certification as to any patent listed in the Orange Book that:

Also listed with each patent in the Orange Book are “use codes”. Patent use codes designate the use that is covered by the claims of a patent that is directed to an approved indication or use of a drug product. An exception to the required paragraph (II)-(IV) certification can occur when the patent that is listed only claims a method of use.

The Federal Circuit previously stated an ANDA infringement is “limited to an analysis of whether what the generic drug maker is requesting authorisation for in the ANDA would be an act of infringement if performed”. (Warner–Lambert v Apotex [2003]). The court held in Warner–Lambert, with regard to a section VIII statement, that “the request to make and sell a drug labelled with a permissible (non-infringing) use cannot reasonably be interpreted as an act of infringement (induced or otherwise) with respect to a patent on an unapproved use, as the ANDA does not induce anyone to perform the unapproved acts required to infringe”.

Thus, historically, a drug marketed under a skinny label has been viewed as being non-infringing of the patented method, which has been carved out from the label. However, the understanding that infringement of a patented method of treatment could be avoided by obtaining approval and marketing with a label based on a section VIII carve out statement was significantly revised under the recent GSK v Teva decision.

However, press releases and marketing materials from Teva indicated that its generic carvedilol was for the treatment of heart failure and hypertension, was the “generic version of [GSK’s] cardiovascular agent Coreg”, and was an AB-rated generic equivalent [ie therapeutically equivalent] of Coreg.

GSK’s expert testified that post-MI LVD “is intertwined with heart failure” and the expert of Teva acknowledged that a patient having post-MI LVD as described on Teva’s label would also be diagnosed as suffering from congestive heart failure, as construed by the district court.

Teva’s label explicitly stated that, “Carvedilol is indicated to reduce cardiovascular mortality” in post-MI LVD patients. Thus, it was asserted by GSK, that the post-MI LVD indication on Teva’s partial label satisfied the claimed feature of decreasing mortality caused by congestive heart failure.

The court considered the testimony of both experts and concluded that the “combination of Teva’s partial label, Dr McCullough’s [GSK expert] element-by-element testimony that the partial label explicitly instructs administering carvedilol for the claimed use of decreasing mortality caused by CHF, and Dr Zusman’s [Teva expert] admission that the post-MI LVD indication falls within the definition of congestive heart failure is substantial evidence that supports the jury’s finding”.

Teva also asserted that GSK only listed use code U-233 in the Orange Book and the patent claims should therefore be interpreted as being limited to the use defined by the use code. However, the CAFC noted that the FDA has clearly and unequivocally taken the position that reliance on Orange Book listings is in no way meant to replace an independent review of the relevant patents by a third party.

”The listing of use codes in the Orange Book may not accurately or adequately reflect the scope of a method claim.”

The court further considered a consistent marketing approach by Teva, which indicated that the generic carvedilol was being marketed to also be used in decreasing mortality caused by congestive heart failure. In this regard, the court considered Teva’s marketing efforts, catalogues, press releases, and testimony from Teva’s own witnesses, which evidenced that Teva encouraged carvedilol sales for congestive heart failure despite the asserted carve-out.

In addition, Teva issued a press release stating that the Teva generic “tablets are the AB-rated generic equivalent of GlaxoSmithKline’s Coreg Tablets and are indicated for treatment of heart failure and hypertension”. Teva issued a further press release stating that it had received final approval “to market its generic version of GlaxoSmithKline’s cardiovascular agent Coreg (carvedilol) tablets”.

The GSK v Teva decision completely revised the industry thinking that the use of a section VIII statement is an effective way to avoid infringement of a method patent. As noted by the court, the listing of use codes in the Orange Book may not accurately or adequately reflect the scope of a method claim.

Finally, it is noted that on February 11, 2022, the CAFC denied a petition for rehearing by Teva and that Teva has indicated that it intends to appeal the decision to the Supreme Court of the US.

MaryAnne Armstrong is a partner at Birch, Stewart, Kolasch & Birch. She can be contacted at: MAA@bskb.com