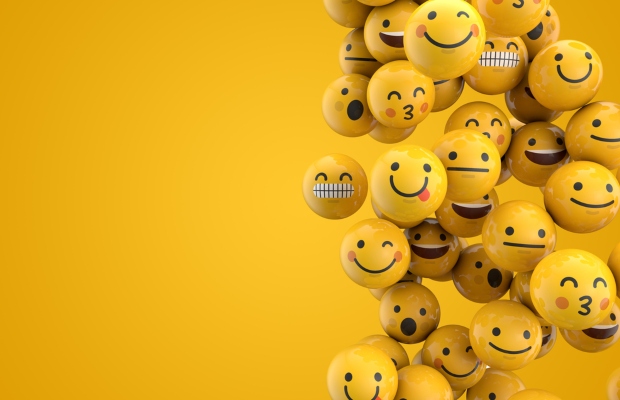 Emojis—those yellow smiley faces and pictographs for everything from apples to zebras—have quickly become an indispensable part of our modern communications. We take them for granted, but they actually have a long and complicated history, and IP plays a key role in their current form, and their future.

The history of what we now know as emojis starts hundreds of years before the telephone—let alone the smartphone—was invented.

The earliest use of a “smiley face” recorded to date was in 1635 (the year the Royal Mail introduced a public postal service in Britain).

Jan Ladislaides, a notary in the Slovak town of Trenčín (then in the Kingdom of Hungary), added a hand-drawn smiley face to his signature, presumably to indicate that he had reviewed and approved the Chamberlain of Trenčín’s financial accounts for that year (Figure 1). 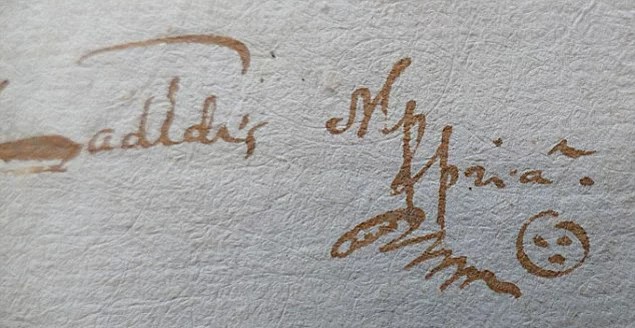 Fast-forward to 1963 and to Worcester, Massachusetts (also home to the first monkey wrench and US Valentine’s Day cards). The State Mutual Life Assurance Company (now known as Hanover Insurance) had merged with another insurance company, and staff morale was low.

To tackle the problem, the company engaged a local freelance artist by the name of Harvey Ball to come up with an image to increase morale. Ball’s design, which took 10 minutes to create and for which he was paid $45, was printed initially on posters, cards and 100 badges.

It was to become the now iconic yellow smiley face (Figure 2).

The next important event in the emoji story occurred in France in 1971, when journalist Franklin Loufrani started using a smiling face to highlight the relatively uncommon good news stories in the newspaper France Soir (Figure 3).

The last major piece of the emoji puzzle was fitted in 1997, when Japanese mobile phone company J-Phone released a set of images, including the now familiar “brown waste matter” emoji.

This was the most widely used emoji in Japan when Google released its emoji set in 2007, and was voiced by Sir Patrick Stewart in the 2017 “Emoji Movie”.

The Japanese involvement was also crucial in another way. Despite its allusive nature, the word “emoji” does not have any connection with the word “emotion” or earlier text based emoticons such as ;). It is a coined word formed from the Japanese e (絵, “picture”) + moji (文字, “character”).

“By adding variations the different platforms may be able to claim IP rights for their specific version.”

Emojis were formally codified in 2010 when the Unicode Consortium—a California based nonprofit organisation that publishes standardised character sets—included emojis in its version 6.0 release.

The result was a basic set of emojis that could be used and understood by a wide variety of operating systems, apps and devices.

So far so good.

Emojis have had a significant impact on the way we communicate. Because they act as a visual shorthand, they are ideal for smartphone messaging apps and social media, where there is often a restriction of the number of characters that can be included in a message.

In addition to their efficient use of characters, emojis generally provide a concise way of conveying a specific message.

There have been problems, however. In 2016, Apple changed the “gun” emoji to a water pistol symbol, following a number of arrests in the US after the gun emoji had been used to convey threats.

Apple received criticism in 2016 when it proposed amending the “peach” emoji. A survey at the time suggested that the peach emoji was used less than 10% of the time to represent fruit, and that users would find it less useful for other connotations if it were changed.

Anyone who has used emojis on different devices and platforms will have noticed that there are multiple versions of each emoji. For example, Apple, Samsung, Twitter, and others each has its own rendition for the basic smiling face of the Unicode version (Figure 4).

For common emojis the different platforms communicate without issues. A message sent using the Apple version of an emoji will be readable on a Samsung smartphone, albeit in a slightly different style.

However, some platforms have proprietary emojis that don’t have a counterpart on other systems, which explains why sometimes you get a square or question mark that doesn’t appear to make sense.

The reason for these differences and missing emojis? IP. The standard Unicode figures are made available for anyone to use—by adding variations the different platforms may be able to claim IP rights for their specific version.

When Ball created his smiley face for the State Mutual Life Assurance Company no-one sought protection for the design. Hindsight is a wonderful thing. The initial run of 100 badges was not enough to meet demand; more than 50 million smiley face badges had been sold by 1971, almost all by third parties.

Loufrani took a more commercial approach. He filed a trademark application for his smiley design in France in 1971 and subsequently obtained an International Registration covering 19 Nice classes and 15 European and African countries,

The company he started is now run by his son Nicolas and owns a trademark portfolio with around 1,500 records in over 80 countries.

The main business is licensing the company’s portfolio (where the Loufrani smiley is the star) to third parties for a vast array of products and services. With annual revenue of more than $400 million and a place in the world’s top 100 licensees, Loufrani’s emojis are very big business indeed.

The Smiley Company website makes no mention of the earlier Ball creation. However, the infringement page on the website makes it clear that it takes IP seriously, and might not be completely “smiley” in the face of perceived infringement, stating: “The Smiley Company not only protect our original logo, but also our icons and various characters. Smiley has the rights to over 3,000 emoticons. In 2015 we undertook 138 legal actions which resulted in the destruction of hundreds of thousands of products. We will seize infringement products at borders, in warehouses and from stores, in order to protect our properties through our global enforcement network.”

Although Ball himself didn’t profit significantly from his creation, his son Charles Ball established the Harvey Ball World Smile Foundation in 2001 as a non-profit charitable trust.

Its licensing arm, Harvey Ball Smile, owns around 1,700 trademark records concentrating on the iconic Ball smiley face, in seven jurisdictions, with a particular focus on Japan where it owns more than 1,400 trademarks.

Harvey Ball Smile has been one of the leading applicants in Japan in recent years, filing nearly 500 trademark applications in 2017 and more than 350 in 2018. Trademark conflicts between the two smileys appear to be inevitable.

A third player in the emoji trademark world has taken a different approach. While still concentrating on licensing, the Emoji Company based in Hamburg, Germany has built up a portfolio of nearly 500 trademark records across 70 registers purely based on word mark registrations for ‘Emoji’ and variations.

The platform-specific emoji characters appear to be widely copied in trademark registrations around the world by third parties. For example, a search of major registers for Apple emoji marks locates a large number of potential copies (Figure 5).

For example, Apple’s version of the “brown waste matter” emoji has been registered by Chinese companies for a wide range of products and services, including “wedding dresses” in class 25.

Emojis clearly present brand owners with opportunities in the way that they are able to convey messages, concepts and feelings in such a concise way, but there are challenges ahead.

If they continue to be copied en masse then the creators of specific emoji designs may not be able to protect their IP rights, and the whole purpose of creating individual platform-specific versions of each Unicode emoji may become superfluous.

Although the battle between the two smileys is still ongoing, we might be heading toward emoji “convergence”, as the genie may already be out of the bottle. And yes, there is an emoji for that.

Robert Reading is director of custom and managed solutions at CompuMark, a Clarivate Analytics unit. He can be contacted at: robert.reading@clarivate.com