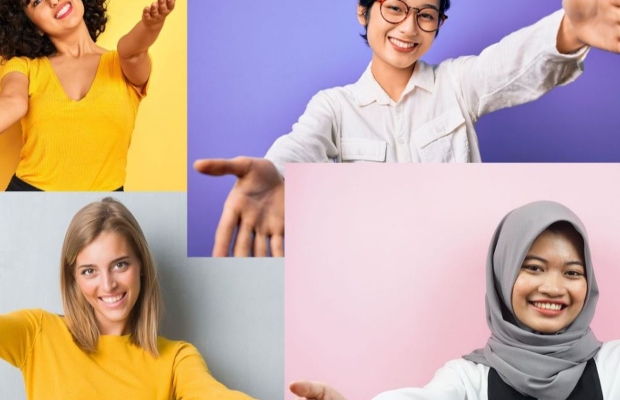 Manisha Singh, co-founder and managing partner of LexOrbis in India, explores the importance of taking risks and tapping the potential of innovation.

Why did you start your own IP law firm?

I have always embraced the opportunities that came my way and tried to make the most of them. I explored all the possibilities, weighed the pros and cons, and started my own IP-focused law firm with my partners. I wanted to tap the potential of the creativity and innovation offered by the Indian market in the international IP realm.

The general practice firm in which I was working before was not open to the idea of having a specialised IP practice complete with technical experts, and was ignoring the transitions that were happening in the Indian IP space. This led me to set up a boutique law firm early in my career that could appropriately match international standards.

I decided to start from scratch with my partners. It was a risk but today LexOrbis is internationally recognised for its contribution to this sector with clientele ranging from government organisations to Fortune 500 companies. I have dedicated the last 24 years to building a name for myself and my firm.

What can be done to attract more women and people from diverse backgrounds to IP?

Organisations should make conscious efforts to build greater gender parity at all levels and to eradicate unconscious biases. Gender equality should be the norm, and equal pay and opportunities should prevail not only in theory but in practice. Candidates should be judged based on their skills, qualifications and talent instead of their gender, ethnicity, or personal choices.

I have encouraged women to pursue their dream jobs at our organisation and provided the required support to maintain a balance. This includes policies such as home-working, six months of maternity leave, sabbaticals, a crèche facility, flexible working hours and a safe environment; all aimed at providing a healthy work-life balance.

I am proud that today women comprise around 70% of the firm’s total workforce, of which a substantial percentage of women are operating at the top levels as partners and team leads.

The important operational verticals of the firm such as human resources, administration, IT are all managed by women. One of the branch offices of the firm in Mumbai is an all-female team.

”I saw my fair share of discrimination in the early days, but I knew that the way to overcome these difficulties was consistency and perseverance.” - Manisha Singh, LexOrbis

Is the legal profession doing enough to promote D&I?

In the past, a lot of talented individuals have gone unnoticed due to the lack of equality and diversity.

The times have changed, and the legal profession is evolving with it. The attitudes and perspectives of leaders are changing rapidly, they can identify the importance of diversity and inclusion (D&I). This approach is creating a better legal ecosystem for the future generations.

The legal profession is at a juncture where not promoting D&I can lead to serious consequences. Lately, we have seen an influx of innovation and creativity. As the accessibility of resources increased, so did innovation. The industry is keeping up with the demand and recruiting new talent regardless of their background.

We cannot exist in isolation as India stands on a global stage. It is important to let go of age-old discriminatory practices to make a mark on the world. There are gaps and lags in efforts related to promoting D&I and there is a long way to go, but we have come far from where we started.

What are the main D&I issues in India?

India is among the most diverse countries in the world. Language, religion, culture, history and geography play an important role in determining an individual’s background. With such a rich and colourful heritage, it is often a challenge to bring representatives of different ethnicities together in a harmonious co-existence. There is a lack of acknowledgement of other experiences among some groups that makes it difficult for them to fully comprehend the realities of various marginalised groups.

It is also important to put theory into action, instead of being just a part of the D&I bandwagon. There are certain stigmas and stereotypes which persist in our society. It is vital to educate oneself on the negative consequences that come from a lack of D&I.

What impact has COVID-19 had on D&I initiatives?

The pandemic has had a domino effect in shaking up traditional practices and replacing them with out-of-the-box, more efficient practices. The legal professional took the hit when the working environment completely changed.

I believe that the pandemic has had a mixed effect on D&I initiatives, for example, companies are hiring talent irrespective of their location. The remote work culture has helped many people to focus on their career from the comfort of home. The pandemic also shifted the focus of organisations from promoting D&I to adjusting to a new work environment.

“Over the years, we have created a system where people from different backgrounds respect each other and work in harmony.”

I strongly believe in “unity in diversity”. This remains one of the core values on which the firm’s foundation has been laid. Over the years, we have created a system where people from different backgrounds respect each other and work in harmony.

India is a culturally diverse nation of 27 states and union territories and the staff strength at the firm is geographically diverse, comprising of members from different states. This diversified talent brings a wide range of skills, experience, knowledge, and strengths due to the heterogeneity in age, background, ethnicity, physical abilities, political and religious beliefs, sex, gender, and other attributes. If you take age into account, we have staff whose ages range from 21 to 60.

To create an understanding of each other’s cultural setups, we organise events which range from celebrations of all Indian festivals, annual outings and trips. COVID-19 restricted in-person activities, so we conducted online “unwinding sessions”, where we played music, sang, played games and laughed together.

Such events help people to understand each other, and to respect cross-cultural beliefs and systems, and to build a strong organisation.

My work inspires me the most. I look at the legacy that I have created over the course of two decades and it is fulfilling and inspiring to be recognised as a business owner and an IP professional.

Did you experience any challenges as a woman in IP?

When I started my career, the economic spectrum of the country was undergoing a paradigm shift. I faced several challenges in the initial days due to the complexities which sprung from the administrative and legislative structures at that time. The legal profession has been male-dominated for ages, and there was a dearth of female role models.

I was prepared for the many roadblocks that I would encounter as a woman. I saw my fair share of discrimination in the early days, but I knew that the way to overcome these difficulties was consistency and perseverance. I worked twice as hard and proved my calibre through my work before people could judge my abilities based on my gender.

I can proudly say that my efforts paid off. Now, I enjoy a position where I can support more women to realise their goals, which motivates me to work even harder. My journey was not easy, but it was worth it.

Manisha Singh is a co-founder and partner at LexOrbis in India. She can be contacted at: manisha@lexorbis.com