A flexible approach to law making 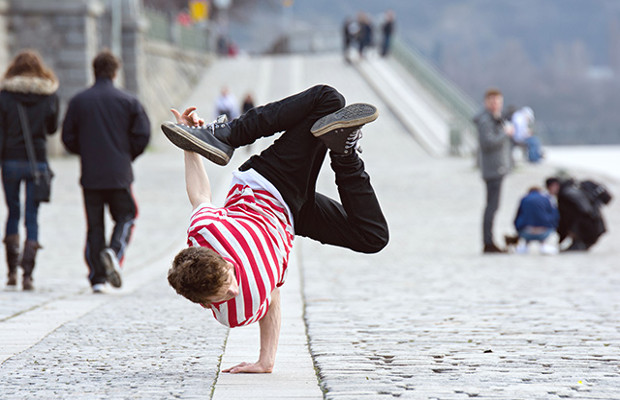 Chinese judges can use their discretion to overcome the rigidity of statutory laws, but they may also introduce uncertainty to IP cases, as Xiaojun Guo of CCPIT Patent and Trademark Law Office explains.

Since the Chinese intellectual property laws provide only the framework of the country’s IP systems, the Supreme Court has issued many judicial interpretations which are essentially lower level laws to fill the gaps in legislation left by the National People’s Congress. The courts have great discretion in “residual law making” in light of new phenomena brought by the development of technologies such as the internet and 3D printing.

In the Weixin case, ruled on by the Beijing High Court on April 20, 2016, Trunkbow Asia Pacific (Shandong) Technology applied to register the ‘Weixin’ (Wechat in English) trademark covering computer software and communication services, more than two months before the Weixin instant messaging services was launched by Tencent. The application was rejected by the China Trademark Office for having “unhealthy influences” and the rejection was maintained by the Trademark Review and Adjudication Board (TRAB).

The Beijing IP Court upheld the TRAB’s decision and ruled that, in spite of the first-to-file registration system, the public interest and stable market order shall prevail. In this case, so called public interest and stable market order essentially refer to the huge number of active users of the instant messaging services identified by the ‘Weixin’ mark.

By the end of the third quarter of 2015, this figure had reached 650 million per month globally. This decision triggered controversy about the function of the first-to-file rule and the meaning of “unhealthy influences” in the Trademark Law.

On appeal, the Beijing High Court upheld the Beijing IP Court’s and the TRAB’s decisions, but on different grounds. The High Court found that the ‘Weixin’ trademark has no inherent distinctiveness. This was because the Chinese character for “Wei” means “micro” or “little” when being used for communication services in combination with the Chinese character for “Xin”, which generally means communication; and because the relevant public is likely to regard it as a kind of communication method which is shorter and more convenient than email and short messaging. ‘Weixin’ is therefore descriptive and not likely to identify the source of services.

In another case, DreamWorks Studio v the TRAB, the TRAB rejected the opposition request against a trademark application for ‘Kung Fu Panda’ based on the asserted merchandising rights to the movie name and movie character’s name, Kung Fu Panda. The TRAB found that the asserted merchandising rights are not statutory rights or interests and that the subject and boundaries of said rights are indefinite. The Beijing First Intermediate Court upheld the TRAB’s decision on almost the same grounds.

"A court, when it adjudicates a case, considers not only the legal effects but also the social impact including policy considerations."

On appeal, the Beijing High Court held that when a movie’s, or character’s, name is so well-known that it is not restricted to the movie itself but that instead, when used with certain goods or services, the audience would associate the movie’s or character’s name with the applied-for goods or services, those names constitute protectable prior “merchandising rights”.

Should the well-known name be excluded from civil rights and interests subject to protection by law while being freely registrable as a trademark by a business entity, it will not only encourage free-riding but also cause damage to normal order of competition in the market, which is obviously contradictory to the purpose of the Trademark Law.

The Beijing High Court found that Kung Fu Panda as the movie’s name and the movie character’s name has been highly popular among the relevant public, as a result of the creative investment of DreamWorks, and that the arising business value and opportunities are also attributable to the intensive investment in labour and capital. Therefore, ‘Kung Fu Panda’ shall be protected as merchandising rights. The court therefore vacated the first instance’s and TRAB’s decisions and remanded the case to the TRAB for re-examination.

In another case, Philips v ShangHai POVOS Electric Works et al, the Shenzhen Intermediate Court found that the defendants manufactured, sold or offered to sell the accused shaving products on a huge scale and in many models with a turnover of more than RMB 19 million ($2.8 million). Meanwhile, the defendants refused to submit evidence such as accounting books, meaning that accurate damages could not be found. In spite of this, the court granted damages of RMB 2 million, which exceeded the statutory compensation stipulated in the Patent Law.

The Patent Law provides four ways to determine damages: 1) actual losses suffered by the rights holder; 2) profits the infringer has earned; 3) appropriate multiple of the exploitation fees of the patent; and 4) statutory compensation with an upper limit of RMB 1 million.

In response to criticism that damages are too low for patent infringement cases, some courts have introduced so called discretionary compensation. This means that a court can determine at its discretion damages on a fair and equitable basis even on evidence which doesn’t support an accurate calculation of damages.

A court, when it adjudicates a case, considers not only the legal effects but also the social impact including policy considerations. Since the courts and central government are promoting stronger protection of IP rights, a rights holder may expect to achieve something even if the laws are silent in that respect. Of course, this philosophy, as we may read from the cases, might lead to a somewhat results-oriented trial of IP cases.

Xiaojun Guo is deputy director of the business development department at CCPIT Patent and Trademark Law Office. He is a patent attorney and focuses mainly on prosecution in the mechanical field covering inventions and utility models. He also has experience in reexamination, litigation and freedom to operate. He can be contacted at: guoxj@ccpit-patent.com.cn