It is where you are, not who you are, that counts 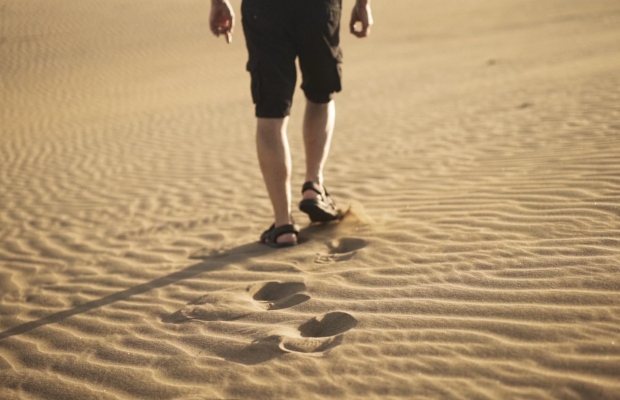 Despite there being little international harmonisation, rights of publicity exist in various forms across the world—and there are common pitfalls, Tom Phillips finds.

Using a celebrity’s image in advertising may infringe laws around right of publicity, but a lack of global harmonization around such laws means protection varies depending on where the infringement occurs, according to a panel of speakers at the International Trademark Association's 2020 Annual Meeting and Leadership Meeting session 'Right of Publicity: Hidden Traps and Suggested Strategies'.

“The challenge is that the right of publicity is not uniformly designed or recognized from country to country,” said Michel Béjot, founding partner and head of IP, Bernard Hertz Béjot Société d’Avocats (France), who moderated the session.

The panel, which comprised lawyers in Germany, the United Kingdom, and the United States, explained that the right of publicity protects against the misappropriation of a person’s name, likeness, and other indicia of personal identity for commercial benefit.

It includes elements of copyright, trademark, and consumer law, depending on the country in question.

“In some jurisdictions, only celebrities may enforce these rights, while in others any person may enforce rights,” Béjot said.

Right of publicity in different countries

While there is no “right of publicity” law in Germany, there is a similar concept: right of personality, explained Margret Knitter, partner and head of IP, SKW Schwarz (Germany).

“It’s actually a bundle of rights that protect an individual’s personality from public exposure,” said Knitter.

Backed by case law, Germany’s right of personality gives an individual the right to control the commercial value of someone’s identity traits. Knitter added that this is “quite similar” to the right of publicity in the US.

In the US, however, “it’s complicated,” said Andrew Avsec, partner and co-chair of the trademark practice group at Brinks Gilson & Lione (US).

“The challenge is that the right of publicity is not uniformly designed or recognized from country to country.” - Michel Béjot, Bernard Hertz Béjot Société d’Avocats

But celebrities can turn to a variety of remedies, particularly if consumers are likely to believe that the celebrity endorses the defendant’s product.

In some high-profile cases, the US Federal Trademark Act Section 43(a) and the Lanham Act have helped celebrities including singer Britney Spears and the late actor Marilyn Monroe gain protection against false advertising, trademark infringement, and dilution.

If an individual has registered their name or stage names as trademarks, they may be able to bring oppositions at the US Patent and Trademark Office.

On the state level, the rules differ from state to state, according to Avsec. He noted that said states do have some form of right of publicity or privacy rights for individuals, against the unauthorised use of a name or likeness. Elements that might be used for a right of publicity claim in the US also vary state to state but typically include that the defendant used a name or likeness without authorization or consent, the use was commercial, and the use caused the plaintiff harm.

In the UK, there is no right of publicity, and the laws of England and Wales do not recognize “image rights” or “personality rights” per se, explained Jeremy Blum, partner at Bristows (UK).

“The courts have been at pains to stress that there is no such thing as a right of celebrity in this country. If you are a celebrity you have to rely on the tort of passing off,” said Blum.

As an alternative, he added that someone could rely on the tort of invasion of privacy, although it offers only limited protection. Passing off hinges on misrepresentation: that there might be some sort of endorsement from a celebrity or there is a risk of misrepresentation that the celebrity is the “source” of the goods.

“What this means is that it is very hard for a celebrity in the United Kingdom to control all aspects of their image or the way they are referenced in public,” he said.

“There is more protection in the private sphere. Any use in the intimate sphere—the inner emotional world of the person or sexual expression—is never allowed.” - Margret Knitter, SKW Schwarz

Whose rights are protected?

The issue of who can be protected by these laws also varies country by country. Under Germany’s rules anyone can be protected—from public figures to legal entities. The right of publicity also cannot be transferred.

“Nevertheless, an individual may consent to the utilisation and commercialisation of their identity,” said Knitter. The right also extends post mortem.

In the US, Avsec noted, there is a lot of inconsistency as protection varies from state to state.

“But generally, you need to be careful about everybody’s rights to publicity or privacy,” he warned. “It’s very important to investigate and understand the protection afforded by each state, whether by statute or common law.”

Mr. Avsec went on to outline the various “quirks” of the country’s rules, especially the stringent laws around post mortem right of publicity.

“Don’t be fooled into thinking that because a celebrity has been dead for a long time, they don’t have right of publicity,” he said, highlighting cases involving actors Humphrey Bogart and Monroe.

Blum said there is “no limitation on who is protected” under the UK tort of passing off, from celebrity sportspeople to singers and even fictional characters.

“However, all claimants must have a ‘protectable goodwill.’ This is the threshold for any claim,” he explained.

“Celebrities have to be famous and by extension have something protected—their name or image, which is associated with some goods,” he said, citing a case involving the cartoon characters from the “Teenage Mutant Ninja Turtles” series as an example of how far the “strange” concept of protectable goodwill will stretch.

“It all depends on the circumstances,” explained Blum. “That’s the beauty about passing off—it’s a flexible right.”

In France, the civil and criminal courts afford protection that is quite comprehensive, said Béjot. It does not require the target to be famous or the purpose of the infringing use to be commercial.

When someone dies, their right of publicity ends, “but the heirs can bring a legal action based on proof of the prejudice they personally suffered in connection with the violation of the deceased’s right of publicity,” said Béjot, although he noted that image rights differ slightly.

“Don’t be fooled into thinking that because a celebrity has been dead for a long time, they don’t have right of publicity.” - Andrew Avsec, Brinks Gilson & Lione

Scope of rights of publicity

The panel turned to what kinds of use or disclosure could be protected. “In Germany, it’s everything,” said Knitter, noting the right of personality is protected in all types of media from movies, to video games and books.

The right of personality is also protected in “spheres” to varying degrees, including the public, social, private, and intimate.

“There is more protection in the private sphere. Any use in the intimate sphere—the inner emotional world of the person or sexual expression—is never allowed,” she explained.

Knitter concluded: “It is a bundle of rights that protects an individual’s personality from public exposure. The right of personality in Germany is quite broad.”

This is similar to the US, where generally the rights are fairly expansive, said Avsec.

He explained that, typically, video game characters or look-alike impersonators will not avoid liability. For example, college football players successfully alleged rights in video game avatars that mimicked their physical attributes such as their weight, build, hair colour, and skin tone.

Avsec also shared the example in a lawsuit brought by singer Ariana Grande, who successfully sued clothing retailer Forever21 for using her lookalike in an advertising campaign.

In the UK, however, “each case is totally fact-specific,” said Blum.

He detailed the successful lawsuit brought by singer Rihanna against the clothing retailer TopShop over a T-shirt bearing her image.

“The judge said this was a finely-balanced case,” he said. “What tipped the case in favour of Rihanna was that she had her own clothing line, she was quite prominent in the fashion world, and fortunately for her, she had a prior connection with TopShop.”

According to Blum, the court found that the image was reproduced from an album she had released around that time and the public may have, incorrectly, drawn a line between the two. The judge said there was a misrepresentation, but the court was keen to stress that just because an image was used did not automatically mean a misrepresentation had occurred.

In Germany, the general rule is that commercial use without an individual’s consent is permitted only in exceptional cases, explained Knitter. Exceptions are constitutional rights such as artistic expression or freedom of expression. She suggested that TopShop’s Rihanna T-shirt might not meet that criterion because in Germany it would only have “advertising value.”

Avsec noted that the US First Amendment, which includes artistic expression, freedom of expression, and newsworthiness, provides exceptions. Newsworthiness, for example, was successfully accepted as an exception in a case involving a newspaper’s use of an image of football player John Madden.

In the UK, the freedom of expression defence is strong, as long as a misrepresentation has not occurred, explained Blum. It did not, for instance, protect the defendant who used images of cartoon character Betty Boop on a range of merchandise.

“In cases like this, where products are being sold to the public, freedom of expression is very unlikely to be successful,” he said.

“It is in theory possible that a foreign personality right could be enforced against a defendant domiciled in the United Kingdom, based on that precedent.” - Jeremy Blum, Bristows

What remedies are available?

In Germany, claimants have a suite of remedies under the country’s civil and criminal laws, including an obligation to cease and desist, a counterstatement (especially in print media), damages (civil law), and defamation and insults (criminal law).

In the US, statutory or actual damages are widely available, whereas UK claimants often seek injunctive relief to remove the offending advertisement or product as soon as possible, said Blum. But, he added, damages are also a “very important” part of relief in the UK.

Finally, the panel shared their respective country’s rules on jurisdiction: are individuals whose image is used outside the jurisdiction in which they are residents protected?

In Germany, Knitter said, “It doesn’t matter where a person lives—if the infringement took place in Germany, you can always sue in German courts.”

The UK is very flexible in terms of jurisdiction, confirmed Blum. If the defendant is domiciled in the UK—as in a case involving a Stormtrooper helmet design from the “Star Wars” film franchise—then the court would be happy to hear a case even if it involved infringement alleged in the U.S.

“It is in theory possible that a foreign personality right could be enforced against a defendant domiciled in the UK, based on that precedent,” said Blum.

Béjot said the French courts are quite “far-reaching” but the damages are not high. “With the tools we have in France, claimants bring a lot of cases and win them very often,” he said.