FIFA: attack is sometimes the best form of defence 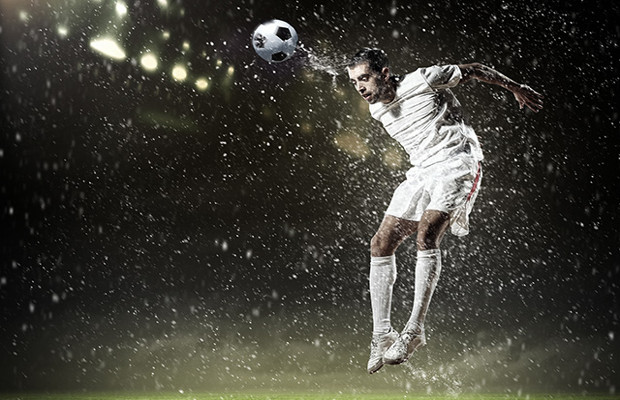 With a huge trademark portfolio to defend, FIFA has to think carefully about which registrations to oppose, but won’t tolerate blatant infringement, as Daniel Zohny, senior legal counsel, intellectual property, tells WIPR.

$550,000 is the amount FIFA, the international governing body of football, invests each day in football development. Likewise, the organisation’s intellectual property team has oversight of a wealth of trademarks and is prepared, if necessary, to put all of its resources into defending its rights.

“If a trademark application is a blatant copy, we would file an opposition right away; it is something we cannot tolerate,” says Daniel Zohny, FIFA’s Zurich-based senior legal counsel, intellectual property.

“But in general, it’s a last resort,” Zohny says, as the formal process can “take ages” and normally the “easier way is to find a solution with the other party”.

FIFA’s IP team has a logical method when choosing to file an opposition. Zohny says key questions include: “What is the mark that’s been applied for? Which jurisdiction? Which class or classes? Who’s the applicant?”

“Finally, I think it comes down to: is it really necessary to file an opposition? Can we find a solution that doesn’t call for formal proceedings?” he adds.

“Sometimes there is no other possibility, even if you approach the applicant, and you don’t have another choice if you want to defend your rights.”

Evidently, FIFA has the funds and the correct management to reassure its members and football fans that its IP rights will be properly defended. It is, in many ways, much like the game itself: the best defence can be a good offence.

‘For the Game. For the World’

FIFA’s slogan is “For the Game. For the World” and it has 209 member associations across the globe. It is perhaps best known for hosting international football tournaments.

It’s an organisation whose primary objective is “to improve the game of football constantly and promote it globally in the light of its unifying, educational, cultural and humanitarian values, particularly through youth and development programmes”.

“The FIFA IP unit is part of the larger FIFA commercial legal department, which consists of a team of marketing, sponsorship agreement, and licensing lawyers, and a team of TV media lawyers concerned with media rights licensing deals. There’s also a team that’s responsible for brand protection,” Zohny explains.

“Then there is the team I lead, which comprises me and six other people. So there’s myself as group leader and senior legal counsel, a legal counsel, four highly qualified and specialised paralegals, and a team assistant. With regards to responsibilities, we try to do things in-house.

“We’re involved very early on in the counselling of the FIFA brand management team, from marketing and counselling them in the whole trademark development process all the way to development clearing. We take care of the whole prosecution process, from application to registration to renewal, including oppositions and cancellations,” Zohny explains.

“Trademark wise, there are 13,500 registrations and applications that are still pending. For designs there are about 300, and copyright registrations number about 150, and that covers 157 jurisdictions overall.”

FIFA does “classical trademark clearance” and takes into consideration each trademark’s political, cultural and religious connotations. For the upcoming World Cup in Russia, FIFA has “very good relations” with Rospatent, the country’s IP office, “where we might checklist the goods and services before we file in order to figure out whether there are issues,” he explains.

“The time window from launching a mark to the tournament is often very short. That’s something we constantly struggle with."

It is part of FIFA’s business model to license IP, such as the emblems and mascots for the specific tournament, to its commercial affiliates.

“This is so our commercial affiliates can promote their products and services that
they offer in connection with these events,” Zohny says.

A quick search of the US Patent and Trademark Office’s trademark filing system brings up many results for the ‘FIFA’ and ‘FIFA World Cup’ brands.

The filings are comprehensive, covering an array of goods and services. An example of this is the trademark ‘Fuleco’, the name of the official mascot of the 2014 FIFA World Cup Brazil which was originally filed on February 13, 2013 and covers erasers, metal rings and chains for keys, clothing, plush toys, sports balls and a variety of other goods and services. On February 25, 2014 it was published for opposition. The mark was eventually registered on May 13, 2014, just one month before the tournament took place from June 12 to July 13, 2014.

Timeliness is an issue for the IP team and something which FIFA’s legal counsel have to deal with for each tournament and in each jurisdiction.

“The time window from launching a mark to the tournament is often very short. That’s something we constantly struggle with—to be able, by the time the tournament starts, to enforce them if necessary.”

The IP team has to think strategically about the jurisdictions in which it files marks.

“The most registrations we have are in Brazil due to the fact that it’s a very important market and also because the last FIFA World Cup was hosted in Brazil in 2014. You have to take into account that it’s a single class jurisdiction and if we have registrations with a lot of goods and services, you suddenly have a huge portfolio in Brazil,” he says.

Approval times at trademark offices across the globe can vary. The Brazilian Patent and Trademark Office (INPI) claims that the processing time from filing to registration is approximately three years.

Zohny explains the challenges the organisation faces in other countries.

“A lot of jurisdictions have made great strides in modernising their trademark offices and improving their services. However, there are definitely ones that have quite huge backlogs and it’s quite complicated process-wise, quite simply because it takes a lot of time to prosecute a mark.

With a brand as big as FIFA’s, it’s not surprising that members of the public have applied for trademarks which may infringe its extensive portfolio of trademarks.

With football being a global sport with billions of fans around the world it can mean that enthusiastic supporters apply for a FIFA-related trademark with no knowledge of the implications for the brand.

“That happens, definitely. They don’t realise that it’s something we might have an issue with. Often they totally understand and they say ‘oh, I didn’t realise’.”

In the summer of 2015, the organisation was hit with widespread corruption claims. The US FBI indicted several current and former FIFA officials on corruption charges. In December, 16 more officials were charged.

On December 21, former FIFA president Sepp Blatter (and former UEFA president Michel Platini) was banned by FIFA’s ethics committee from football for eight years. In February 2016, a FIFA appeals committee reduced the suspensions from eight years to six. Blatter is also under criminal investigation by the Swiss authorities.

Speaking about wider trademark trends, Zohny says: “In general we very closely follow trademark reform worldwide. Canada’s adoption of the Nice Agreement is a good thing because Canada had this special situation with the wares and services.”

The Nice Agreement is administered by the World Intellectual Property Organization with an aim of establishing an international classification of goods and services.

Canada joined the agreement on September 28, 2015. Before joining, Canada required trademark applications to be grouped into wares and services and for applicants to prove that the mark had been used in Canada before a registration could be issued.

One other important change to take place in the trademark world this year is the reform to the EU’s trademark system, including the rebranding of the Office for Harmonization in the Internal Market to the European Union Intellectual Property Office (EUIPO).

“The new era that is being brought in by the EU reform and the EUIPO is mostly a positive change; the change of law will lead to a better understanding of trademarks for the general public,” says Zohny.

“I think the most significant change that will have an immediate effect for us is the reduction of the renewals fees. For some marks it will mean that we will have savings of upwards of 30%, which of course is nice,” he adds.

“The change of law will lead to a better understanding of trademarks for the general public,” he says, adding that the EU reforms could lead businesses and individuals who own trademarks “to educate the public about trademarks, why we have them and what their purpose is”.

With the 2018 World Cup fast approaching, the legal team at FIFA will no doubt be planning for any potential challenges it may face in the lead up to the tournament. These include defending FIFA’s IP rights and continuing to face the problem of applying for trademarks in different jurisdictions.

The most successful football teams are the ones who work in sync to achieve the same goal (literally); they hone their offence and defence to create teams which are strong enough, facing different teams and challenges along the way.

This is similar to the fight going on behind closed doors with FIFA’s IP team. It works together to achieve its goals and is adequately prepared financially and professionally for any bumps in the road.

After all, attack is sometimes the best form of defence.