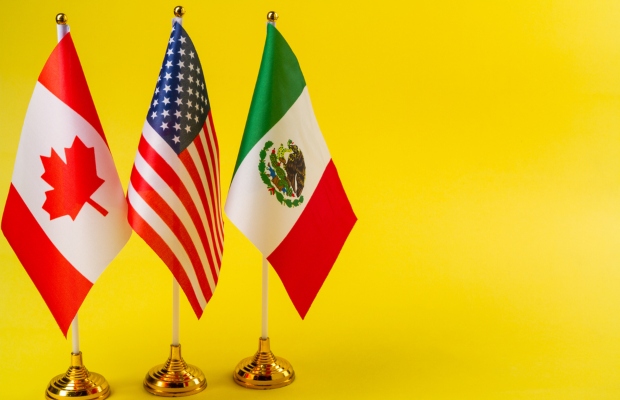 A year after the US-Canada-Mexico agreement was signed by all parties, Saman Javed discovers how the agreement will affect IP in each country.

In June this year, Mexico became the first participant to ratify the US-Mexico-Canada Agreement (USMCA) trade deal. Dubbed by US President Donald Trump as “terrific” for all three countries involved, the agreement was first signed following negotiations in September 2018.

Under the terms of the agreement, all three countries will adapt their existing IP laws in the hope of harmonising legislation.

In particular, this has meant that Mexico and Canada will adopt IP provisions from US law, says David Hecht, a partner at Pierce Bainbridge Beck Price & Hecht.

“Under the USMCA, Canada and Mexico must implement changes to conform with laws already in place in the US,” he explains.

“This is a result of US demands in the past. The US is usually trying to push what we think is the gold standard, our own laws,” he adds.

One key issue the trade agreement seeks to address is the problem of trademark infringement in the form of counterfeit goods.

When it comes to trademark infringement, Hecht says Mexico already has decent pre-established damages, which is a good deterrent.

“Mexico has a provision that means owners of infringed trademark rights are entitled to 40% of the retail price of the infringing products being sold,” he explains.

Hecht says this may satisfy the USMCA mandate, but if not, the country will have to change its laws to fall in line with the statutory damages that exist in the US, ie, up to $100,000 for every counterfeit product.

Under the USMCA, the government has an obligation to do everything within its power to prevent counterfeiting.

But, Kleinberg believes, although counterfeiting is against the country’s laws, the government does allow some counterfeiting to an extent, because “they understand there’s a social problem, and poor people need to find a means of working or making money”.

“Customs does a very good job of letting us know when they find a product coming to Mexico.” - Eduardo Kleinberg, Basham, Ringe y Correa

“The problem is that you have to know when a shipment is coming and to which port it is arriving. That’s not easy work. These people are experienced in what they do,” he says.

Kleinberg adds that it is common practice of brands in Mexico to register their trademarks with customs agencies, so they know if there are products coming into the country bearing those trademarks, the relevant brand must be alerted.

“Customs does a very good job of letting us know when they find a product coming to Mexico. Those are cases when they find the product, but many times counterfeiters know how to bring the products into the country without being detected,” he says.

“Maybe they import in small quantities because this deters the legitimate owner of the product from investing in legal work to destroy the products,” Kleinberg says.

He adds: “The counterfeiters may have found a loophole where rights owners don’t want to invest in destroying smaller quantities of products so they allow them to pass through, but these small quantities eventually become a large number of fake goods within the country.”

Canada is also set to adjust its IP laws in favour of protecting brands from fake goods.

Jamie Lynn Kraft, a senior associate at Smart & Biggar, says that under the new agreement, suspected counterfeit goods which are in transit can become susceptible to detention at the border even if they are just passing through, and aren’t destined for Canada, she explains.

Sharon Urias, a partner in the litigation practice group at Greenspoon Marder, describes this as a significant provision in the act because Canada is a major port of entry for goods coming from China.

“Unfortunately, a lot of counterfeit goods do originate in that part of the world, so the addition of protection of goods in transit is immensely important for US companies in the first against counterfeits,” she says.

“One of the things all three countries will have to do is cooperate on border enforcement.” - David Hecht, Pierce Bainbridge

Hecht agrees, adding that harmonising IP law at the border will have a positive effect. This requirement, that custom officials must have the right to detain and destroy counterfeit goods, not just inspect them, will not go unnoticed by companies, he says.

“Companies who value IP will be more likely to invest in infrastructure and manufacture in a place like Mexico, because they could rely on stronger protection there as a result of the USMCA.

“All three countries will have to cooperate on border enforcement,” he says, explaining that the trade agreement will require border agencies of all three countries to be in regular communication and work together.

“Where you have a seamless network of countries backing each other up, the uniformity helps with enforcement, because then it’s not just one country being very aggressive; border agents of different countries would hopefully be talking to each other, with strong protection on all sides,” he adds.

Another area of change for trademark law in Canada is the introduction of statutory damages.

“Under current copyright law, you can have statutory damages when it is difficult to prove damages.

But under the new trade agreement, the terms will require Canada to implemented pre-established damages for trademark infringement.

“For example, with counterfeit products, it is very difficult to tell how much a brand is being damaged. This is where statutory damages can be awarded,” Kraft says.

Kraft highlighted some of the other ways in which the USMCA will impact IP law in Canada, and harmonise legislation across all three jurisdictions.

One change to the Canadian legal system will be the introduction of patent term adjustment, which is already common practice in the US.

“The patent term adjustment procedure will compensate rights owners for delays by the patent office in issuing patents. Now, there will be laws in place to adjust the term in line with those delays,” she explains.

“Most significantly, there will be copyright term increase. At the moment, it’s the life of author plus 50 years; once the implementation comes into effect it will be life plus 70 years,” she says.

“That’s why it is included as part of the trade deal: to further harmonise the different countries’ rules,” she says.

While the agreement might be seen as providing better IP protection in Canada and Mexico, Urias says there are a few terms under the USMCA which gives companies a little less protection than they have at home, for example, in the protection of biologic pharmaceutical products.

“On the other hand, Canadian law currently provides eight years,” she adds, suggesting that the trade agreement might be seen as a “balancing act” of IP law across all three countries.

Additionally, when it comes to copyright protection, while Canada will increase its term to 70 years after death, this term is actually less than is currently in place in Mexico, which gives rights owners protection for 100 years after an author’s death.

Despite this, there is a consensus among lawyers from Canada, Mexico and the US that the agreement will strengthen the position of rights owners.

As yet, Mexico is the only country to have ratified the agreement. Without a deadline in place, it has yet to be seen when the legislation will be adopted by Canada and the US.