A moment of clarity: China settles rules on trademarks and OEMs 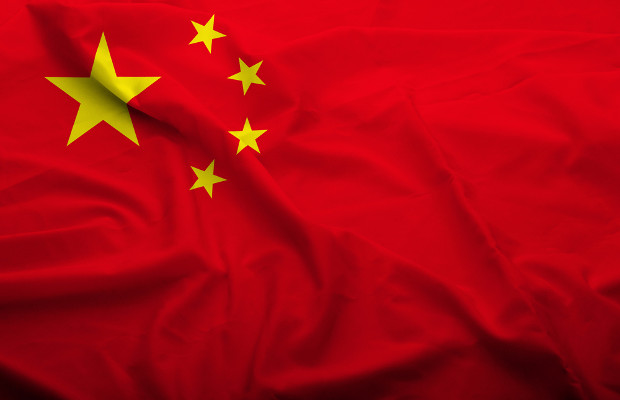 China’s highest court has finally clarified whether an OEM is guilty of trademark infringement if goods manufactured in China are only offered for sale overseas. Jeff Wang of DLA Piper reports on the practical consequences.

On November 26, 2015 a decision by China’s Supreme People’s Court on a trademark infringement case settled the long-running debate over the nature and legitimacy of trademark use by original equipment manufacturers (OEMs) in China.

The case, Focker v Yahuan, was in relation to the trademark ‘Pretul’, which was used on OEM padlocks exported to Mexico from China; there were no sales in China. The Supreme Court reasoned that in the OEM business structure, ‘Pretul’ only functions to distinguish the origin of goods in the export market of Mexico. In China, attaching ‘Pretul’ on the padlocks for export is just providing the necessary technical and material preparations for the functioning of the trademark in Mexico. The court therefore ruled that attaching a symbol during the manufacturing by an OEM for export does not constitute “use” of a trademark, and therefore cannot be considered as infringement of a registered trademark in China.

For brand owner purchasers, the ruling will bring more freedom for exporting products they have ordered and manufactured in China. However, the brand protection battle will not end there and merely manufacturing in China is still far from enough. The new ruling means that companies now need to seek to better protect themselves in the long run. Whether or not a company’s products are intended for sale in China, securing an early trademark registration at home in China and in the export market is always suggested to prevent marks being hijacked by OEMs or third parties.

Frequently referred to as the factory of the world, China is often the major export manufacturing base of many foreign companies. Unfortunately, many purchasers in the past failed to register their trademarks. Sometimes their applications are blocked by a prior mark legitimately owned by a third party, but more frequently they find their marks have already been squatted by an OEM or third party. Even worse, some of the purchasers find themselves or their new OEM being sued for infringing their own brands in China.

Truper, a leading Mexican hardware provider and registrant of the ‘Pretul’ trademark in Mexico, found that its own application for ‘Pretul’ in China was blocked by a prior registration which, it claimed, was a hijacking filing made in 2001 by an individual shareholder of its former Chinese OEM. Over the past ten years, several actions were brought to remove the Chinese registration, but all failed. The shareholder later assigned the Chinese mark to a Hong Kong company, Focker, which turned out to be an affiliate of the shareholder.

In 2010, Truper contracted another Chinese OEM, Yahuan, to manufacture and export padlocks, but their products were seized (although finally released after about two months) by the local customs authority on suspicion of infringing Focker’s ‘Pretul’ trademark.

In January 2011, Focker sued Yahuan. Despite the Ningbo Intermediate People’s Court of First Instance confirming that Yahuan was an OEM of Truper, the court ruled that the use of ‘Pretul’ on locks was trademark use and Yahuan was found liable for trademark infringement. In 2013, the Zhejiang Higher People’s Court of Second Instance upheld the first instance decision in establishing Yahuan’s infringement.

After Yahuan’s further application, the Supreme Court reconsidered the case in 2014 and overturned both lower decisions in November 2015. It ruled that attaching ‘Pretul’ on padlocks manufactured by Yahuan for Truper is not trademark use, and therefore the OEM products did not infringe the trademark. The court’s decision was based on the following factors:

The Supreme Court made a reference to the newly added article (defining trademark use) in the amended Trademark Law of May 1, 2014, highlighting the principle that the basic function of a trademark is to signify the origin of goods/services. There actually was a similar rule in the implementing regulations of the old trademark law, which listed several types of trademark use including use of trademarks on goods, packages or containers of the goods, or in trading documents, and use in advertising, exhibition or any other business activities. The new law further clarifies the nature/function of trademark use by adding that a trademark is used to signify the origin of goods/services.

“Although China does not follow precedent in the same way that common law jurisdictions do, the ruling sets a de facto binding force for all lower courts.”

Relying on this, the court reasoned that in the OEM business structure, ‘Pretul’ functions only to distinguish the origin of goods in the export market of Mexico; the attaching of ‘Pretul’ during manufacturing by Yahuan in China is merely a “physical/technical act” providing the necessary technical and material preparations for the functioning of Truper’s trademark in Mexico. In China, ‘Pretul’ does not function as a trademark in nature at all and the attaching act is not trademark use. The lower courts both erred in applying the laws, as they did not establish the prerequisite before establishing trademark infringement (ie, whether there is trademark use in the first place).

In addition, the court found that as the products were all exported to Mexico and never reached the Chinese market, there was no likelihood of confusion by the relevant public surrounding the origin of the goods in China.

The decision will help Truper and other foreigner purchasers, especially those whose trademarks have been hijacked in China.

Although China does not follow precedent in the same way that common law jurisdictions do, the ruling sets a de facto binding force for all lower courts. It will therefore settle the long-running debate on whether it is trademark infringement by an OEM if goods manufactured in China are offered for sale only in overseas markets.

One of the first cases addressing the relevant issues was Nike v Cidesport et al in2001, where the court in Shenzhen held that the mere act of manufacture constitutes trademark use. Accordingly, the manufacture of clothing bearing the ‘Nike’ mark by a Chinese factory for a Spanish company was found to infringe Nike’s mark.

After that, practices have divided greatly in different localities over the past 15 years. For instance, in Shanghai Shenda Audio Electronics v Jiulide Electronics in 2009, the court in Shanghai found that products that were made for export did not infringe trademarks. It said that the basic function of a trademark is to distinguish the origin of goods, and that since the goods were exported to the US, there was no likelihood of confusion among Chinese customers.

However, in the same year, the Guandong court found in Green Yingkang v Zhenhe et al that goods manufactured only for export still infringed trademarks. Notably, the court limited the award of damages to only the plaintiff’s reasonable costs incurred, on the grounds that the plaintiff should not have suffered any other loss given the goods never reached the local market.

After the Supreme Court’s recent decision, many foreign brand owners may believe that if there is no intention to sell goods on the Chinese market and they are just manufacturing in China, they are now safe to export these manufactured goods to overseas markets. However, that is not the case and, as always, proactive early registration is the most effective and cost-saving way to protect brands and maintain smooth business in China, especially considering the following factors:

Although not binding, the decision strongly indicates the trend for future decisions and will help overseas producers to make more products in China with a lower risk of trademark infringement, even without having a trademark registration there. However, foreign companies should continue to secure early trademark registrations in China, as well as at home and in export markets.

It is always advisable to have thorough and up-to-date agreements with any OEM. To be on the safe side, try hard to produce everything in a written format for each transaction, especially at the early stages, and preserve records and documentation for as long as possible.

We also need to allow some time for the de facto influence of the decision to play out. For example, it is commonly recognised in local practice that trademark use by OEMs is a valid use that is sufficient to defend against non-use cancellation. This is in direct conflict with the Supreme Court’s ruling. Over time the ruling may make it clearer that OEM trademark use cannot invoke goodwill and reputation of the mark in China.

Sources show that the customs and AIC authorities are working on specific rules to implement the ruling. We will keep on watching the developments.

Jeff Wang is an associate at DLA Piper. He can be contacted at: jeff.wang@dlapiper.com