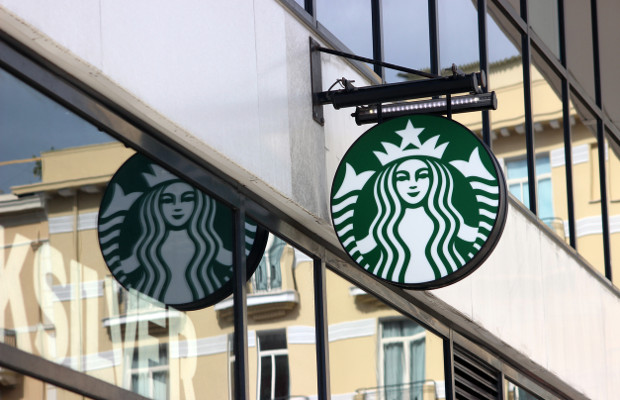 Starbucks is not taking rejection sitting down—the multinational coffee company has appealed against a decision to reject its trademark application.

Starbucks’ mark, an outline of its white cup with a green circle in the middle, was applied for in July 2015.

In the initial office action, the examining attorney at the US Patent and Trademark Office (USPTO) refused registration in class 30 because the mark differed in the drawing and specimen, and rejected it in class 43 because the specimen was illegible.

“Specifically, the specimen displays the mark as a white cup and lid with shading in grey. There is no distinct black outline around the cup or lid of the cup,” said the office, in its October 2015 action.

The examining officer went on to add that the green circle on the cup is not a solid green circle, but rather a “design of paint strokes creating a generally round circle with ragged edges”, and the brush strokes are in varying shades of green.

Starbucks had provided a drawing that displays the mark as a white cup with a lid, outlined in black and including a green circle.

The examining attorney refused registration for class 43 as the specimen didn’t clearly show the applied-for mark in use.

Starbucks submitted a substitute specimen for class 30 which, according to the USPTO, appeared to be a “legible copy of the originally-submitted class 43 specimen”.

In May 2016, the office issued a non-final action, refusing registration because the mark didn’t function as a “source indicator” in the specimen on record.

The attorney also refused registration because the mark differed in the drawing and specimens on record, because the specimen didn’t show use of the mark on the goods, and the attorney required an accurate description of the mark.

In its latest action, in May this year, the USPTO withdrew its refusals based on failure to function and failure to show use, as well as the description requirement.

But the examining attorney maintained and made final the refusal that the mark differs in the drawing and specimens.

“In essence the marks depicted in the specimens are visually more complicated than the strikingly abstract, two-dimensional, white and green mark shown in the drawing,” said the attorney.

Starbucks appealed against the decision, and the board instituted the appeal on the same day.