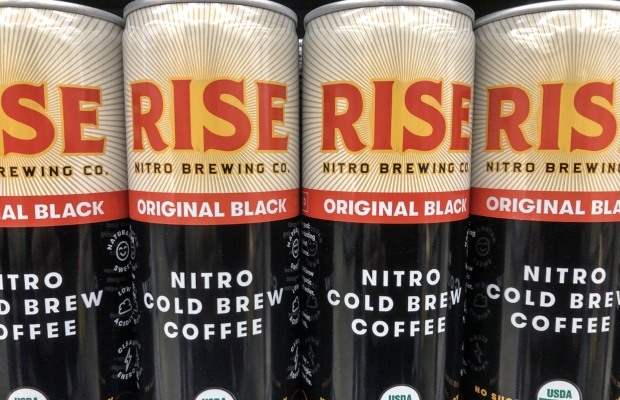 A cold-brew coffee company has labelled PepsiCo a “repeat trademark offender” and accused it of “saturating” the market with its infringing ‘Mtn Dew Rise’ brand.

In a lawsuit filed this week at the US District Court for the Northern District of Illinois, Rise Brewing claimed Pepsi was using its commercial dominance to confuse customers.

PepsiCo launched the Mtn Dew Rise caffeinated energy drink earlier this year. Rise Brewing claims the brand is a “classic case of reverse confusion,” where a larger brand adopts the mark of a smaller competitor to confuse customers into thinking the two are connected.

PepsiCo has form with this type of branding strategy, alleged Rise Brewing, citing the company’s supposed “long history of being a repeat trademark offender”. Specifically, the lawsuit recounted PepsiCo’s previous legal troubles with the owners of drinks brands such as VitaminWater and Simply Orange (a Coca-Cola brand).

“PepsiCo’s actions in unlawfully adopting Rise Brewing’s mark are the latest chapter of its storied history of taking instead of innovating, a story that is well documented in prior litigations where PepsiCo has repeatedly been accused of and found liable for infringing on others’ trademark rights,” said the complaint.

Rise Brewing claims PepsiCo adopted the strategy to “destroy a leading competitor to Starbucks’ Ready-To-Drink (RTD) coffee drinks, which are distributed by PepsiCo through the North American Coffee Partnership”.

PepsiCo would have been aware of Rise Brewing’s trademarks and success because the parties had met at trade shows, the lawsuit added. Rise Brewing said its rival was “dismissive” of its concerns when first informed of its alleged trademark infringement.