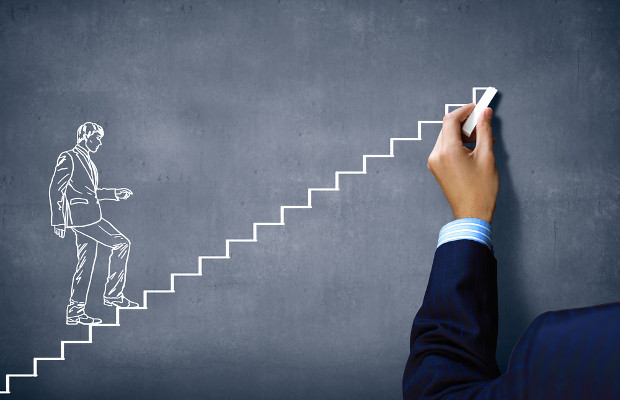 INTA’s chief executive Etienne Sanz de Acedo has several major aims over the next few years, including making the association more internationally focused and improving the image of IP. WIPR spoke to him to find out more.

While many of you will be leafing through your delegate pack and planning your schedule for the next few days, both work and play, one man is looking further ahead and there’s no time to relax.

The meeting may only be a day old but Etienne Sanz de Acedo (pictured above), chief executive of the International Trademark Association (INTA), is already planning next year’s event and determining the association’s direction for the coming years.

“We normally plan the annual meeting about two to five years in advance. We are always looking ahead, thinking about and preparing for the future, and now that we have a rotation policy in place we can look further afield,” he says.

De Acedo is referring to an agreement made in 2014 by INTA’s board of directors that approved a system whereby every third year the annual meeting is held outside the US.

That policy was realised with an annual meeting in Hong Kong later that year. In 2017, Barcelona will play host, while in 2020, INTA will be on Asian (or Oceania) shores again. Prospective candidates which have shown an interest in hosting the event in 2020 include Singapore, South Korea and Australia, De Acedo says.

The rotation system, he says, fits in with his goal of making INTA a “truly global” organisation.

INTA’s membership includes 6,700 organisations, 30,000 people, and nearly 200 countries. But even that is not enough.

“The fact that we are present in nearly every country is our biggest strength but it’s also a challenge and with that challenge is a great opportunity. It allows us to interact with intellectual property legislators, IP offices and potential new members around the world.”

To achieve his goal of transforming INTA into a global organisation, De Acedo talks of the various actions it has put in place.

Bringing meetings to different locations around the world, the hiring policy, and a commitment to providing access to different cultures and languages are all stepping stones towards achieving the goal.

He explains that INTA now produces content in various languages and has translated parts of its website into Spanish, Portuguese, Japanese, Chinese and Arabic.

“We also lobby around world, file as many amicus briefs in as many jurisdictions as we can and try and reach out to local members and businesses, not just the big multinationals.”

The international make-up of the delegate list for INTA’s annual meeting is also a reflection of its efforts, De Acedo says.

“Year after year we notice the great benefits of going abroad,” he says. “When we went to Hong Kong, there was a huge increase in delegates from Asia. The following year (in San Diego), although there were not as many as in Hong Kong, there was an increase compared to the years before our first visit to Asia.”

In the next few months INTA will be completing some more first-time achievements as it looks to expand even further, says De Acedo.

In September it will head to African shores for the first time for the “Building Africa with Brands Conference” in Cape Town. Later that month the full board of directors will travel to Beijing.

The board meets four times a year: at INTA headquarters in New York every March; at the annual meeting in May; in September; and in November at INTA’s leadership meeting.

“The September meeting is a chance for the board to interact with officials so that they can understand the strength and value of INTA,” De Acedo says, adding that since the rotation policy was put in place the September meeting has been to Alicante, Spain, where the board met representatives from the European Union Intellectual Property Office, and Geneva, where it met the World Intellectual Property Organization.

During the Beijing meeting, board members will meet with officials from the State Administration for Industry and Commerce, the China Trademark Office, and the Supreme People’s Court.

As well as increasing the reach of INTA, De Acedo is also keen on improving its relationship with non-IP associations and enhancing the image of IP.

“We and other IP associations are very good at talking to each other but we struggle somewhat when we try to reach public opinion and get others to advocate for trademark and brand protection laws,” he says.

“We probably need to better explain the value of IP and show how it contributes to the economy, jobs and social wealth.

“We know that there is some anti-IP sentiment out there; there is a growing number of counterfeit products and a perception that brands are simply big companies that earn more and money. That perception is not getting worse, but it’s not getting better either. When the public has that opinion it might impact on legislators and we need to counter-balance that.”

To help with this De Acedo, despite INTA’s not yet completing its strategic plan for 2017–18, is already working on the targets for 2018–21.

“We want it to be as comprehensive and inclusive as possible,” he tells WIPR, adding that INTA is already consulting with its directors, members, staff and other IP organisations about its potential aims.

“We have also started a series of conversations with the non-IP community. We want to hear the ideas and voices of chief executives, those in marketing, consumers and those in academia,” he says.

These “inspirational conversations”, as he calls them, will explore where society is going and how the interaction between brands and consumers is changing.

“Based on that we can see what the role of associations including INTA should be. Hopefully we will be able to reflect on these discussions to help form our next strategic plan,” he says.

A man who will also have a role to play in shaping INTA’s strategy is Ronald van Tuijl, this year’s president, whom WIPR also interviewed ahead of this year’s annual meeting.

“There’s a lot of team work involved between the president, the officers and myself,” De Acedo explains.

“Ronald and I talk on a weekly basis. It’s very helpful to have support from the president and officers. Each president has their own personal touch but this is also an organisation that has objectives it needs to achieve.

“As chief executive I need to ensure consistency and alignment to make sure we reach those objectives.”

If he is already planning three years in advance, you wouldn’t bet against De Acedo achieving those aims.