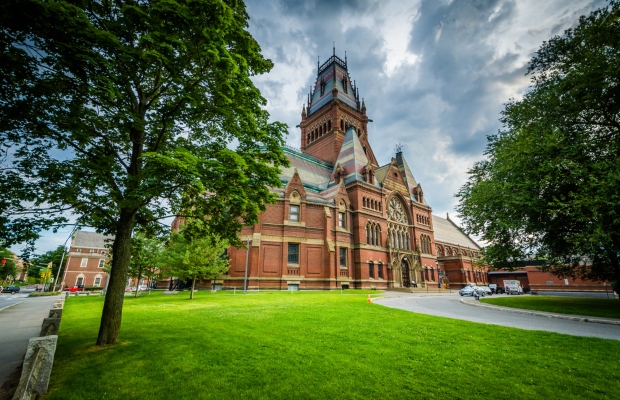 Harvard University is the rightful owner of photos of enslaved individuals, a US court has ruled in a lawsuit that accused the institution of illegally and “shamelessly” profiting from the images.

In 2019, Tamara Lanier sued the university, demanding that it return the images to her family, pay unspecified damages to her and acknowledge that it was “complicit in perpetuating and justifying the institution of slavery”.

According to the lawsuit, the images depict her family's ancestors, two South Carolina slaves identified as Renty and his daughter, Delia, who were forced to pose shirtless in 1850. They were photographed by a Harvard professor, biologist Louis Agassiz, to support the now-discredited theory that Africans and African-Americans were inferior to white people.

Harvard has buildings named after Agassiz, including the Louis Agassiz Museum of Comparative Zoology.

The lawsuit held that Lanier had verified her genealogical ties to Renty, whom she calls “Papa Renty” and that she grew up hearing bedtime stories about him. Neither Harvard nor the court disputed this claim at trial. Lanier sought an unspecified sum in damages for “wrongful seizure, possession and expropriation”.

Judge: No ownership despite ‘horrific circumstances’

Lanier said: “To Agassiz, Renty and Delia were nothing more than research specimens...the violence of compelling them to participate in a degrading exercise designed to prove their own subhuman status would not have occurred to him, let alone mattered”.

But Judge Camille Sarrouf dismissed the lawsuit last week, stating that Lanier had no rights to the images because the copyright belonged to the photographer. She acknowledged that the photographs were taken under “horrific circumstances” but ruled that if Renty and Delia did not own the images, then Lanier could not own them either.

She concluded: “Fully acknowledging the continuing impact slavery has had in the US, the law, as it currently stands, does not confer a property interest to the subject of a photograph regardless of how objectionable the photograph's origins may be.”

Harvard had argued that the photographs were “powerful visual indictments of the horrific institution of slavery”. The university said it was exploring ways to make the photos “more accessible to a broader segment of the public and to tell the stories of the enslaved people that they depict”.

Lanier said she would appeal against the decision and told “The New York Times” that Judge Sarrouf had “completely missed the humanistic aspect of this”.

She said: “We're talking about the patriarch of a family, a subject of bedtime stories, whose legacy is still denied.”

International Women’s Day: ‘choosing to challenge’ and the fight for gender equality

Mail on Sunday must run defeat to Markle on front page