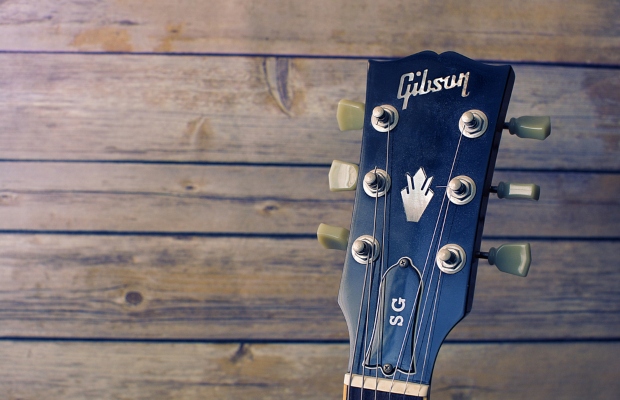 A trademark dispute between two guitar manufacturers will continue, after District Judge Amos Mazzant of the US District Court for the Eastern District of Texas, Sherman Division, denied the plaintiff’s motion for summary judgement on Thursday, January 28.

At the centre of the dispute was Armadillo’s “unauthorised use” of seven of Gibson’s US trademarks, including those covering Gibson’s ‘Flying V’ guitar body shape. Some of the asserted trademarks were registered as early as 1975 and have been used exclusively in commerce since 1922.

Gibson’s guitars have been featured in multiple films, including “A Star is Born”, “Back to the Future”, and “School of Rock”, as well as on television shows such as “American idol” and in numerous trade magazines.

Armadillo committed “woeful acts” of advertising, selling, and distributing products which infringe the Gibson trademarks, according to the complaint, misappropriating the “tremendous goodwill” that Gibson has generated in its trademarks.

By using Gibson’s trademarks online, Armadillo is falsely implying that its products are made by Gibson or subject to its strict quality control standards. This is intentionally misleading customers, the complaint alleged, who are looking for genuine Gibson products.

The complaint noted that Armadillo had notice of the Gibson trademarks, having been sent multiple cease-and-desist letters over the years. However, Armadillo has failed to stop its unauthorised use of Gibson’s trademarks.

Gibson is seeking triple damages for trademark infringement and up to $2 million for each instance of counterfeiting. The guitar manufacturer also asked the court to enjoin Armadillo from further infringement and to order that all infringing materials be delivered to Gibson for destruction.

Armadillo filed a countersuit in July 2020, accusing Gibson of “tortious interference with Armadillo’s business relationships and/or contracts”. Armadillo also asked the court to remove the counterfeiting claims of Gibson’s complaint, but Mazzant denied this request in June 2020.

Armadillo requested a summary judgement on the entire case, filing two motions to have Gibson’s complaint dismissed, which the court denied.

In December 2020, Gibson filed a motion for summary judgment, on basis of a claim made by Armadillo and a Gibson estoppel issue.

On Thursday, Mazzant said that summary judgment can only be properly granted when it has been shown that there is no genuine dispute as to any material fact. The purpose of summary judgment is to “isolate and dispose of factually unsupported claims”, he explained.

The party seeking summary judgment must therefore show there to be no genuine dispute as to any material fact, and Gibson had not demonstrated this to the required standard, Mazzant determined.

“The court is not convinced that Gibson met its burden demonstrating that there is no material issue of fact as to these claims entitling it to judgment as a matter of law,” he held.

The case will, therefore, continue.

A spokesperson for Gibson said: “Over the past two years, Gibson has made significant progress against counterfeit guitars across the globe and has settled legacy confrontations, including an offer to settle with Dean Guitars (Armadillo), which was declined over a year ago."

She added: "In this case, which is not new, Dean tried unsuccessfully to move for summary judgment, which the courts and judge have now denied. Gibson is pleased with the court's decision to deny Armadillo’s and Concordia’s two motions for summary judgment as the courts have found that Gibson’s case alleging that the counterfeiting and infringement of its iconic shapes should be heard by a jury and not dismissed. This is good news for Gibson as well as other guitar makers and global brands, for the protection of their trademarks, which include decades of creative innovation."