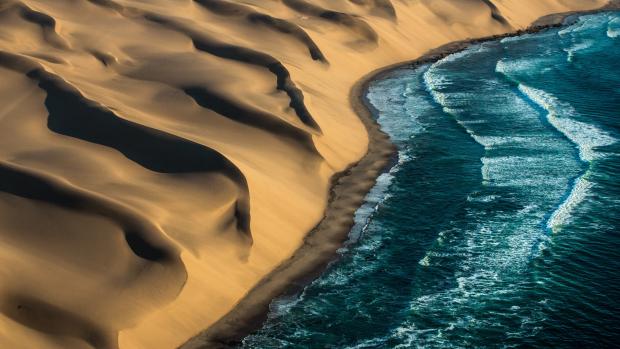 IP reforms swept across the continent in 2022, with trademark laws updated and a heightened focus on patent systems, say Somayya Khan and Pieter Visagie of Adams & Adams.

There has certainly been a flurry of activity in the African continent in 2022, geared towards changes in policy and enhancing the protection of intellectual property rights.

The focus on the protection of geographical indications is on the rise, allowing producers of products that meet the requirements for certification to gain international recognition, and protection as a GI. Burkina Faso’s Saponé community successfully received certification for the Saponé straw hat as a protected geographical location early this year. The Saponé hat is considered a cultural representation of the Burkinabè people and a symbol of national pride. The registration is the first of its kind in Burkina Faso and was welcomed by the craftsman and the community in the Saponé region who hope to attract trade and benefit from the certification.

In Kenya, the Anti-Counterfeiting Authority (ACA), a statutory body established under the Anti-Counterfeit Act to combat the trade in counterfeit goods, has implemented a mandatory recordal of intellectual property rights by January 1, 2023, where goods (not services) are imported into the country. The recordal of rights with the ACA is in addition to the registration of intellectual property rights with the local authority, and failure to comply with the ACA registration process will be considered an offence and may result in goods being seized and detained. IP owners who conduct trade in Kenya should take the necessary steps to record their rights with the ACA to prevent potential disruption to business operations.

Zambia is on track to make significant changes to its trademark laws. The Trade Marks Bill 2022 makes provision for the protection of geographical indications, service, collective, certification and well-known trademarks, and will incorporate laws that give effect to the Madrid Protocol relating to the international registration of trademarks, the Paris Convention for the Protection of Industrial Property, and the World Trade Organization Agreement on Trade-Related Aspects of Intellectual Property Rights. If passed, the new trademark laws in Zambia will swiftly change the landscape from a brand protection and enforcement viewpoint.

The Copyright Law of Mozambique, Law 9/2022 came into force on September 26, 2022. The legislation makes provision for the accessibility of literary works by disabled persons and allows those persons to make accessible formats of literary works, not for commercial gain, and to reproduce and to disseminate those works, without the consent of the copyright owner.

”It was encouraging to see widespread actions toward increasing patent awareness, enhancing the quality of administration systems and substantive examination, and increasing the use of regional bodies.”

South Africa has also been addressing this issue, with the constitutionality of its Copyright Act under scrutiny in the matter of Blind SA v Minister of Trade, Industry and Competition and others, on the basis that the Act does not provide an exception to allow organisations representing blind and visually impaired persons the right to make accessible format copies of copyright works without the permission of copyright owners. In a unanimous judgment, the constitutional court acknowledged that persons with print and visual disabilities did not have the same access to literary works as persons without impairments, which constitutes unfair discrimination. The court ordered Parliament to remedy the constitutional invalidity of the Copyright Act within 24 months and made an interim order permitting blind and visually impaired persons to convert books into accessible formats without requiring the consent of the copyright owner.

From a patent law and practice perspective there was certainly no shortage of activity in Africa in 2022, with some events still holding promise for developments in 2023, and beyond. It was encouraging to see widespread actions toward increasing patent awareness, enhancing the quality of administration systems and substantive examination, and increasing the use of regional bodies. Overall, there appears to be continued development throughout Africa toward not only establishing, but increasing use of, patent systems.

In South Africa, a patent-friendly attitude of the courts continued into 2022, which coincided with a welcome maintenance in the number of litigated patent cases. It seems clear that, where a patentee has a valid patent monopoly, South African courts would assist the patentee in enforcing that monopoly. Applicants for patents should continue to exercise caution, however, not to let their patents proceed to grant in a weak or invalid form, notwithstanding the fact that South Africa currently still operates a deposit system. The courts have made it clear that there is an onus on applicants to let their patent applications proceed to grant in a valid form and for patentees to keep their patents in a valid form. A failure to do so may result in seriously adverse consequences for the patentee when seeking to enforce their patent. To postpone grant of a South African patent until a strong claim set has crystallised from the prosecution of corresponding foreign patent applications continues to be the best practice.

The implementation of substantive search and examination in South Africa also remains on the cards, with a voluntary trial ongoing. The trial involves the patent office nominating certain patent cases for voluntary non-binding examination and then, subject to the proprietor’s agreement, examining such cases and issuing a non-binding examination report. The quality of examination reports that have been forthcoming from such examinations has been encouraging, including in light of the patent office’s reliance on the examinations of corresponding foreign applications (where available). Although the formal implementation of substantive search and examination remains some years off, due to outstanding legislative requirements, early signs are that the government is working hard to establishing a credible, high-quality examination system.

Still in the Sub-Sahara region, albeit further afield, the established and highly regarded African Regional Intellectual Property Office (ARIPO) was in January 2022 joined by Cape Verde, which on July 14, 2022, deposited its instruments of accession to the Lusaka Protocol, Banjul Protocol and Harare Protocol, thereby formally becoming a fully-fledged ARIPO member state with effect from October 14, 2022. It is therefore possible to obtain intellectual property protection in Cape Verde by designating that country in an ARIPO application prosecuted centrally at the ARIPO office in Zimbabwe. The accession of Cape Verde to ARIPO brings the membership of ARIPO to 22 states. Although not all member states have signed up to each one of the ARIPO Protocols and there are concerns about the effectiveness of ARIPO rights in countries which have not amended their national laws, the attractiveness of the ARIPO system with its growing number of members should not be underestimated.

Cape Verde also acceded to the Madrid Protocol for the international registration of trademarks, the Paris Convention, and the Patent Cooperation Treaty, with effect from July 6, 2022. PCT patent applications filed after July 6, 2022 shall therefore designate Cape Verde and priority applications filed after that date would also be effective in reserving the option to seek patent rights in respect of Cape Verde.

What remained a hot topic in 2022 was the proposed waiver of intellectual property rights in respect of COVID-19 vaccines that was sought at the World Trade Organization, driven by India and South Africa. On June 17, 2022, an agreement was reached to partially waive intellectual property restrictions on the manufacture and production of such vaccines for the next five years, subject to the remuneration of rights holders for any licenses granted by governments without the involvement of such rights holders. The waiver does not yet extend to diagnostics or therapeutics, although discussions are continuing in this regard. The ultimate practical utility of the waiver remains questionable, however, while concerns over the unintended effects of any dilution of patent rights remain valid.

In Namibia, although substantive patent examination has been introduced legislatively as far back as August 2018 and has been practically performed by ARIPO on behalf of the Namibian patent office, a memorandum formalising the arrangement was finally signed in June 2022. Again, this development, while of no direct practical effect, shows that there is ongoing attention and efforts to the development of African countries’ patent systems.

Generally, prospective patentees seeking patent protection in Africa can rest assured that, in critical countries of interest, well-defined, well-administered and strong patent systems exist, and that their utilisation would lead to the grant of prima facie valid and enforceable patent rights within a reasonable timeframe. Where patentability objections are faced, it can be expected that such objections would be formulated in a familiar manner. Looking ahead, 2023 is sure to bring more such developments and the future of intellectual property in Africa therefore looks alive and well.

Somayya Khan is a partner in the trademark department at Adams & Adams. She can be contacted at: somayya.khan@adams.africa

Pieter Visagie is a partner in the patent department at Adams & Adams. He can be contacted at: pieter.visagie@adams.africa