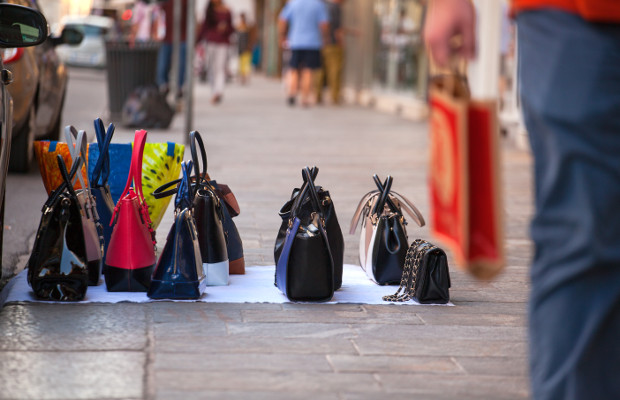 Counterfeiters are increasingly hard to catch, but the authorities are as committed and astute as ever in their pursuit of criminals. Sarah Morgan speaks to two enforcement agencies trying to stem the tide of fakes.

Counterfeiting is not a victimless crime. While registrants at the INTA Annual Meeting are well aware of this, the general public is not. This is one of the biggest hurdles facing enforcement agencies worldwide that are tasked with tackling counterfeits.

Chris Vansteenkiste, Cluster Manager at Europol’s Intellectual Property Crime Coordinated Coalition (IPC3) (Belgium), says: “While everyone is aware that organized crime is clearly behind illicit drugs and trafficking, the image of counterfeiting is not as crystal clear in some countries. Policymakers in such countries say they don’t think that organized crime is behind counterfeiting.”

But the situation is clear: a 2017 report on counterfeiting and piracy in the European Union, undertaken by Europol and the European Union Intellectual Property Office, confirmed that intellectual property (IP) rights infringements are an important source of income for organized crime groups.

“IP rights crime … continues to be one of the most lucrative criminal enterprises, and the fact that the illegal funds generated have been linked to organized crime means that tackling IP rights crime should remain on the EU law enforcement and policymaking radars, not least to deprive those involved in other criminal enterprises of their revenue streams,” said the report.

Peter Ratcliffe, Detective Inspector of the Police Intellectual Property Crime Unit (PIPCU) (UK), explains that there are multiple types of victims of counterfeiting.  Among them are customers who purchase counterfeits and then are exploited by criminals.

“The consumer buys counterfeit goods and then criminals set up accounts using their name. The individuals then receive letters ordering them to court because they’ve sold fakes. There have also been cases where other consumers have turned up on their doorsteps, angry about being sold fake goods,” he explains.

In addition, he says, the people creating a lot of the counterfeit products are working in terrible conditions, making them victims too.

Consumers face potential health and safety risks. The effects are particularly bad when someone becomes ill from fake medicines or is hurt by a fake product.

Getting the Message Across

What can be done to convince consumers that counterfeiting is not as victimless as they think? Communication is key, according to Mr. Ratcliffe.

“If we can reduce demand by incentivizing people not to buy fakes, we will probably impact the criminals too.”

PIPCU uses a range of tools: it writes to people whose identities have been misused, spreads the message through social media and newspapers, and works closely with industry. The unit has overseen 100 investigations involving copyright, trademarks, and fraud offenses.

“It’s not particularly easy to get the word out because this is not the first thing people think about. However, we’re always learning and improving,” adds Mr. Ratcliffe.

When Mr. Vansteenkiste began his work on IP crime—nearly 20 years ago—an article on counterfeiting and its dangers was rare. Now, the topic is being written about almost every day.

He adds: “As long as there is demand there will be an offer. If we can reduce demand by incentivizing people not to buy fakes, we will probably impact the criminals too, and the more we communicate our successes, the more the criminals know how serious we are.”

The advent of new technologies has brought counterfeit products closer to the consumer. In the past, you would usually need to go to a tourist destination to buy fakes. Now, you don’t even have to leave your house. Internet counterfeiting is rampant.

“Every offense we’ve looked at has an international element.”

Established in 2013, PIPCU was founded to deal purely with the shift of IP crimes into the online environment.

“Every offense we’ve looked at has an international element,” says Mr. Ratcliffe, adding that this can make tackling the sale of fakes even more complicated, time consuming, and costly.

To ensure PIPCU is at the top of its game, the unit works with stakeholders across the board, including law enforcement agencies, the private sector, other police agencies, customs officials, and brand owners.

IPC3 monitors social media, while actively patrolling both the Internet and the so-called dark net.

Mr. Vansteenkiste warns: “Wherever they go, we will follow them.”

IPC3’s “In Our Sites” Operation seized 32 domains in its first year with the cooperation of five countries. In the latest operation, more than 21,000 domain names were seized, with 28 countries and 32 different agencies playing a part. PIPCU played a leading role by taking down 15,420 websites as part of the operation.

Authorities worldwide are facing a mammoth task: by 2020, international trade in counterfeit and pirated goods could reach total US $991 billion, and legitimate economic activity valuing up to US $1.24 trillion is expected to be displaced.

“We have to face the facts: we will probably never be able to extinguish counterfeiting entirely,” concludes Mr. Vansteenkiste.

But that doesn’t mean these organizations will stop trying.