UK and UPC: a test of compatibility 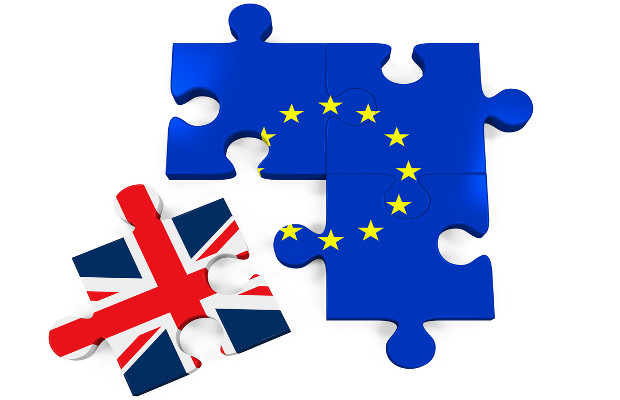 Despite views to the contrary, it appears highly probable that the UK can and will stay in the Unified Patent Court system after Brexit, argues John Pegram of Fish & Richardson.

Many people are concerned that the UK might leave the Unified Patent Court (UPC) upon leaving the EU. The concern may have arisen from a lack of understanding of the UPC Agreement and incomplete studies of the January 17 Brexit policy statement by the UK Prime Minister, Theresa May, with people focusing only on the words “we will take back control of our laws and bring an end to the jurisdiction” of the Court of Justice of the European Union (CJEU) in Britain.

May also spoke about being “reliable partners” outside the existing EU arrangements, planning a “modern industrial strategy” and “being one of the best places in the world for science and innovation.” The UK leadership’s actions and statements of intent to have good non-EU relations with European states speak loudly. These statements are good indicators of the future of the UK in the UPC. Joining and staying in the UPC is consistent with the UK leadership’s declared objectives.

Role of the CJEU

In the author’s opinion there is no inconsistency between staying in the UPC and May’s Brexit statement about bringing an end to the jurisdiction of the CJEU in Britain.

The UPC Agreement is between individual national states, similar to the European Patent Convention (EPC). Neither is an EU treaty. That was emphasised by IP minister Jo Johnson in his testimony to the Science and Technology Committee on January 11, saying, for example, that the UPC “is not an EU institution—the UPC is independent of membership of the European Union”.

The CJEU has been given only a very limited role regarding the UPC. Its role is directed to EU law, not national law. Therefore, if—as a result of Brexit—the UK is no longer subject to EU law, the decisions of the CJEU, even in connection with the UPC, should not affect UK national laws.

In particular, article 20 of the UPC Agreement states that “the court shall apply union law in its entirety and shall respect its primacy”. Article 21, regarding preliminary rulings, requires the UPC to “cooperate with the CJEU to ensure the correct application and uniform interpretation of union law”. That “union law”, however, would not be applicable to the UK after Brexit, except to the extent it might be made applicable by agreement between the UK and the EU.

“The UK parliament is moving ahead with the necessary legislation. The UPC preparatory committee has resumed its preparations, apparently with full UK participation.”

Article 24 provides that decisions by the UPC shall be based on: (a) EU law, including the unitary patent regulations; (b) the UPC Agreement itself; (c) the European Patent Convention (EPC); (d) other international agreements applicable to patents and binding on all the contracting member states; and (e) national law.

Decisions by the UPC relating to patent validity are not based on EU law. Rather, article 65(2) provides that “the court may revoke a patent, either entirely or partly, only on the grounds referred to in articles 138(1) and 139(2) of the EPC”.

Articles 25 to 30 of the UPC Agreement—not EU law—govern how the UPC will determine whether a patent is infringed. There are a few references to EU law in article 27 relating to limitations of the effects of a patent. The most significant such limitation, in article 27(d), refers to EU rules on obtaining marketing authorisation from the European Medicines Agency for human and veterinary medicines. This would need to be addressed in any event as part of resolving the far more complex issue of a post-Brexit drug approval regime.

Can the UK stay in the UPC?

Legal specialists have opined that a path for the UK to stay in the UPC can be found. Barristers Richard Gordon and Tom Pascoe gave their opinion to that effect in September 2016. More recently, with less publicity, professors Ansgar Ohly and Rudolf Streinz published an optimistic opinion in the January 2017 issue of GRUR International.

Ohly and Streinz concluded that the UK can continue to be a party to the UPC Agreement after the UK’s withdrawal from the EU has become effective. Following a detailed analysis, they do not believe that the member states would infringe EU law if they continued their cooperation with the UK in the framework of the UPC Agreement. While there is a remote possibility that the agreement could be terminated in relation to the UK if the continuing membership of the UK was inconsistent with EU law, in the author’s opinion no-one has offered persuasive reasons why the CJEU should oppose the desire of the member states to include the UK in the UPC.

Ohly and Streinz argue that once the UK has ratified the UPC Agreement, there is no need for an additional agreement with the EU or a new treaty, because—by ratifying the UPC Agreement—the UK would already have accepted the supremacy of EU law for the purposes of the agreement and preliminary referrals of issues of EU law to the CJEU.

Finally, Ohly and Streinz explain that the necessary amendments of the UPC Agreement are of a minor, technical, nature, which they believe could be carried out by the UPC administrative committee after the UPC comes into existence.

Sceptics were surprised when Baroness Neville-Rolfe, then IP minister, announced in November 2016 that the UK would ratify the UPC Agreement. Others, including this author, were unsurprised because ratifying the UPC Agreement would be a good sign of interest in European cooperation outside the EU institutions.

Since then, all signs have been positive. The UK parliament is moving ahead with the necessary legislation. The UPC preparatory committee has resumed its preparations, apparently with full UK participation. The UK has moved ahead with setting up the premises for the London part of the UPC central division. On February 20, all participating states, including Germany and the UK, reported at the EU Competitiveness Council meeting that they were at the last stages of their preparations.

The appointment of Johnson as IP minister in January 2017 was, in the author’s opinion, a very positive sign. He appears to be a very impressive individual in his own right and does not always agree with his brother, who is the pro-Brexit British foreign secretary.

Jo Johnson was educated in the UK and on the continent. He reportedly prides himself on his independence and avoidance of the press. He has deep experience in the UK political system, having served as parliamentary secretary in the Cabinet Office, as head of former Prime Minister David Cameron’s policy unit and as an assistant government whip. He reportedly supported Britain remaining in the EU.

Unlike his predecessor, Johnson is a member of the House of Commons, where he can argue for IP. Also, he continues as minister of state for universities, science, research and innovation, giving him responsibility for several of May’s major post-Brexit objectives.

In his January 11 testimony, Johnson said: “We believe it is important that we participate in this UPC framework. It has value to UK inventors and UK businesses, and we want to be there at its creation.”

In answer to a question regarding whether the UK would go into the UPC Agreement with the intention of remaining after Brexit, Johnson responded: “The UPC stands outside the European Union institutions, so we’re members of it, we are proceeding with preparations to modify the agreement, but aspects of how it operates, where it operates, will form part of the future negotiation.”

Given that the government is pressing to advance negotiations for post-Brexit relationships across a broad front while holding back on the details of what it seeks, that is an understandable and optimistic statement.

Therefore, it appears highly probable that the UK can and will stay in the UPC after Brexit.

John Pegram is a senior principal at Fish & Richardson. He can be contacted at: pegram@fr.com