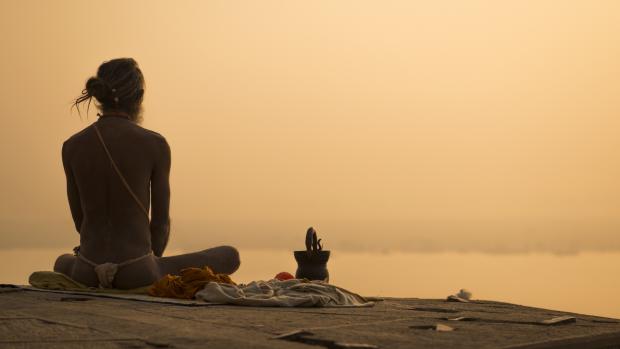 Until there is specific legislation governing trade secrets, companies need to know which tools they can use to protect confidential information, say Manisha Singh and Swadheena Joardar of LexOrbis.

IN TODAY’S BRUTALLY COMPETITIVE WORLD, corporate espionage is much more common than we realise. Academic literature shows how companies lose billions to trade secret theft. For a company to retain a competitive edge in the market, it is vital to safeguard all innovative technologies, formulations, business methods, price lists, projected capital investments, marketing strategies and customer lists etc which may not be protectable otherwise as intellectual property.

In the absence of any specific statute or legislation governing the protection of trade secrets in India, businesses often wonder how to achieve this and what measures help in damage control upon the leakage of such sensitive confidential information.

Before we delve further into this, we can take a step back to see what constitutes a trade secret. According to Article 39(2) of TRIPS “such information which is a) a secret in the sense that it is not, as a body or in the precise configuration and assembly of its components, generally known among or readily accessible to persons within the circles that normally deal with the kind of information in question; b) has commercial value because it is secret; and c) has been subject to reasonable steps under the circumstances, by the person lawfully in control of the information, to keep it secret”.

Firstly, it is important to differentiate corporate espionage from competitive intelligence. When any information is gathered through research and market analysis using the data available in public domain, it is competitive intelligence. Acquisition of sensitive confidential information of a business related to its trade, finances, economic policy etc in a targeted and clandestine manner by unlawful means is espionage.

Quite often, insiders such as employees and consultants aid leakage of the information to competitors who, then, misappropriate it to gain economic advantage. Because there is no sui generis law in India governing trade secrets, the law on breach of contract and breach of confidence is invoked to claim protection. Employment agreements, service contracts and non-disclosure Agreements (NDAs) are used for binding employees and consultants contractually. Such contracts are governed in India by the Indian Contract Act, 1872, Section 27 where the relevant provision in this context can be found. It declares all such agreements void which bar a person from exercising a lawful trade, profession, or business.

This provision has long been the centre of debate around enforceability of restrictive covenants in India. Non-compete, non-poaching clauses etc often fall foul of this provision which envisages the doctrine of restraint on trade. However, the secrecy clauses are an exception to the general rule. This is because confidentiality obligation is not per se construed as any kind of restraint on trade, particularly if it is reasonable in terms of its scope and timeline. Case to case fact-based analysis is undertaken though, to frustrate attempts aimed at achieving restriction on trade under the garb of confidentiality obligation. For example, in the case Stellar Information Technology Private v Rakesh Kumar (2016) 234 DLT 114, the court held that the names of the customers of the plaintiff were available in the public domain, and they do not constitute trade secrets. Defendants could not be restrained from reaching out to the customers. The court held that in the name of confidentiality, the Plaintiff was seeking a restraint on trade, which is prohibited under the Indian Contract Law.

“COURTS IN INDIA HAVE, IN THE PAST, ENFORCED SUCH POST-EMPLOYMENT CONFIDENTIALITY OBLIGATIONS, IF THEY ARE NOT MISCHIEVOUSLY DESIGNED OR DRAFTED.” - MANISHA SINGH AND SWADHEENA JOARDAR, LEXORBIS

Now, in the aforesaid case, the subject information was not considered as a trade secret. What if it is a trade secret and the governing agreement provides for a post-employment or a post contract obligation of confidentiality? Would it be enforceable? Can an ex-employee be stopped not only from revealing the protected trade secret but from using it for their own business and gain?

Courts in India have, in the past, enforced such post-employment confidentiality obligations, if they are not mischievously designed or drafted. For example, in the case of Hi-Tech Systems & Services v Suprabhat Ray and Ors. [AIR 2015 Cal 261], the Respondents, who were employees of the Plaintiff engineering company, were obliged to keep all confidential information to themselves until three years from the date on which the employment ends. However, immediately after their resignation, they ventured into same line of business and started soliciting the Plaintiff’s clients by using the database that they had acquired access to during the course of employment with the Plaintiff. The court enforced the confidentiality clause and held that “The respondents by reason of their employment were in possession of all the confidential information and trade secrets such as prices, clientele, database, the exact requirements and other confidential information attached to the trade which the said respondents are not entitled to reveal”.

The court went on to say that “The time possibly has come to have a re-look at Section 27 of the Indian Contract Act since the time has changed and there is a necessity to impose some restrictions and recognise negative covenants in service contracts especially where it involves specialised knowledge. It must live up to the present need. While freedom of contract and trade needs to be upheld, at the same time it needs to be balanced. No one should be allowed to take advantage of the trade secrets and confidential information developed by an individual and use it for his own gain and when confronted take the shelter of this section. The confidential information and trade secrets are required to be protected.”

Defining the confidential information clearly in the contract is the key so that there is no ambiguity around what is to be kept confidential. While it is not mandatory to provide a specific detailed description of the information, it is prudent to mark the areas and subjects that it would cover as opposed to keeping the definition too broad in scope. Also, while claiming a relief for leakage of trade secrets, the same are required to be disclosed to the court. In the case of Ritika Private v Biba Apparels Private, CS(OS) No. 182/2011, the court held “…If an injunction order is sought with respect to trade secrets then such specific trade secrets have to be mentioned and as to how those trade secrets are in the ownership of the plaintiff, and only thereafter the court can consider the grant of any injunction order on the basis of specified trade secrets and it cannot be that a general order can be passed that there is presumed to be a trade secret of the plaintiff and the defendant to be injuncted with respect to that unspecified trade secret which is not described in the plaint, and with respect to which thus no specific injunction order qua specific trade secret can be passed.”

“IF THE CONFIDENTIAL INFORMATION CANNOT BE ARTICULATED, IT SHOULD BE OUTLINED SO THAT THE MEANING IS NOT VAGUE.”

Since the judicial proceedings are public, disclosure of trade secrets before the courts remains a concern. But courts have set up some confidentiality mechanisms for this purpose. For example, Rule 17 of The Delhi High Court Original Side Rules, 2018 provide for the constitution of ‘confidentiality clubs’ wherever needed so to allow limited access to confidential documents and information to limited people for the adjudication of the case.

Sometimes, particularly in cases involving customers lists, shield is sought under copyright law, when the underlying data and customer information is widely known and cannot be considered as a trade secret. In such cases, companies, especially when they do have the ability to establish that a database has been lifted as is and has been reproduced or shared with some other source, seek to use the copyright law. A compilation made after applying some skill and labour falls within the ambit of original literary work. In the case of Burlington Home Shopping v Rajnish Chibber, the Plaintiff claimed copyright in a compilation and sought injunction against the Defendants to use such compilation. The court held that “the database available with the defendant is substantially a copy of the database available with the plaintiff and compiled by him. The striking similarities noticed in the two databases could not have existed but for the fact of the defendant having made use of plaintiff's database. A strong prima facie case of infringement by the defendant of the plaintiff's copyright has been made out to the satisfaction of the court.”

The next question is, what if there is no contract between the parties or the contract does not carry the confidentiality clause? And the copyright law is also not applicable. In such cases, a breach of confidence claim can be made under tort provided the disclosing party can establish through cogent evidence that the subject information was shared with the recipient party in confidence. In Zee Telefilms v Sundial Communications (P), the Plaintiff, a television production company, developed a concept titled as “Kanahiya” and approached the Defendant. They explained the concept to the Defendant through various concept notes, presentations etc. The Defendant started working on the same concept and developed its own show. When sued by the Plaintiff for copyright infringement and breach of confidence, the Defendant argued that copyright does not subsist in ideas. The court ruled in favour of the Plaintiff on the ground that the rule of confidence is broader than that of copyright and even if the subject matter of suit does not fall within the ambits of the copyright law, it clearly is a breach of confidence.

Though the law of contract, tort, and copyright offer decent level of protection, India needs formal legislation to effectively prevent the illegal transfer of trade secrets. Until we have a specific legislation in place, it is crucial to use clearly and carefully worded agreements so that recipients of trade secrets could be bound contractually. Confidential information should be clearly defined. If the confidential information cannot be articulated, it should be outlined so that the meaning is not vague. Trade secret theft claims where the governing contract defines the confidential information vaguely have low success rate. The confidentiality obligation should survive the termination clause or term of the agreement. However, the survival of termination should not be for perpetuity but for a reasonable term for which the information retains value, as the courts may otherwise deem such an obligation unenforceable.

Moreover, at policy and operational level too, businesses should take steps to protect their trade secrets. Sensitive information should be made available for access by a limited number of employees. Trade secret audits should be conducted on regular intervals to make sure that all sensitive information is well protected and all requisite security guardrails are in place.

Manish Singh is a partner at LexOrbis. She can be contacted at mail@lexorbis.com