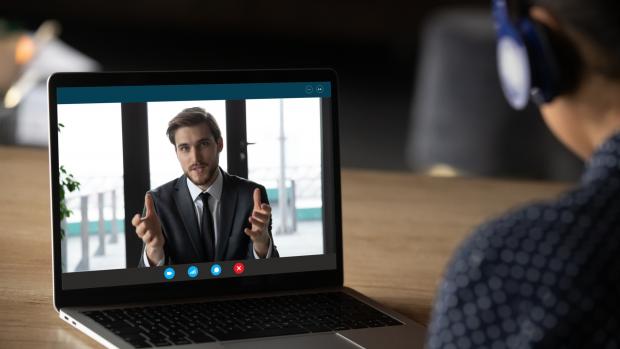 The status of virtual oral proceedings in Sweden has been uncertain, but a recent case sheds light on the subject, says Maria Zamkova of Fenix Legal.

Back in February 2021, the Swedish Association of Patent Attorneys (SPOF), representing private practice patent, trademark and design attorneys in Sweden, arranged a seminar with the Swedish Intellectual Property Office (PRV) on the topic “Oral proceedings online”. It was clear that if both parties agreed, oral proceedings could be held online. However, a question from the audience remained unanswered: What happens if one party wants to be online, and the other attends physically? How to ensure that both parties receive an equal assessment in the dispute?

The question has now finally been answered by the Svea Court of Appeal, case No. T 7158-20.

Arbitration in the pandemic

In 2016, the Swedish grocery retail company ICA Sverige (ICA) and Bergsala SDA (Bergsala) a company selling lighting, media and household products, entered into a framework agreement, according to which Bergsala would sell products to ICA.

A dispute arose between the parties, and on May 13, 2019 Bergsala called for arbitration against ICA, claiming, among other things, that ICA had not made full payment for the products that Bergsala had delivered, and requested that the arbitrators obligate ICA to pay Bergsala around US $660,000 plus certain interest. On March 12, 2020, ICA filed a counterclaim and demanded that Bergsala be obliged to pay ICA SEK 58 228 231 ($5.6 million) plus certain interest.

According to the schedule, the final hearing was to be held in May and June 2020. Due to COVID-19, the arbitration board took the initiative on March 20, 2020 to discuss moving the hearing to the autumn of 2020. The parties and the arbitration board agreed during a telephone conference on March 27, 2020 to postpone alternative negotiation days in August. On April 21, 2020, the arbitration board decided that the final hearing would instead be conducted with the aid of digital elements in May 2020. ICA protested against the decision, claiming its rights to participate physically, and referring to the risk of infection during the pandemic and reluctance to participate physically at that date in an event of the current scope. ICA stated that it was difficult to arrange physical meetings between representatives and called witnesses, and internal measures were hampered by travel restrictions within the ICA organisation.

”The court may, under certain conditions, decide that the person who is to participate in a meeting in court must do so by audio transmission or audio and video transmission.”

ICA stated that the parties had chosen the Arbitration Rules of the Stockholm Chamber of Commerce’s Arbitration Institute (the SCC Rules), which stipulate that an oral hearing must be held. The arbitration panel had decided—despite ICA’s express protests—that the final hearing would be conducted in digital form. ICA argued further that its several requests for a postponement in order to hold the usual physical negotiation had been rejected by the arbitration board. According to ICA, the arbitration board’s decision contravened the right to an oral hearing (§24 of the Swedish Arbitration Act (LSF) and section 32 of the Stockholm Chamber of Commerce (SCC) rules). The regulation stipulates that the negotiation must be physical. The digital negotiation was not suited to fulfill the purposes of a standard oral negotiation.

ICA also claimed that the procedure had not been legally secure, referring to §24 and §21 of LSF and §23 of the SCC rules, stating that a company has the right to a legally secure procedure. ICA claimed to have not been given the opportunity to present its case and evidence in the required manner. Government restrictions and ICA’s internal travel restrictions meant that ICA did not have the opportunity to meet its witnesses or its representative physically and therefore could not prepare and execute its claim in a legally secure manner. Due to COVID-19 and medical risk factors, ICA’s representative was prevented from participating in a physical arbitration at the time of the hearing. The credibility of the interrogators was of particular importance. ICA had not been able to hear Bergsala’s witnesses adequately. The fact that physical hearings were not possible had likely affected the outcome of the arbitration, as the arbitral tribunal does not seem to have taken into account several crucial witness hearings due to its digital form. The arbitration panel denied ICA an additional negotiation day, even though ICA needed it.

No ‘absolute right’ to physical presence

According to Chapter 5 §10 of the Swedish Code of Judicial Procedure, the court may, under certain conditions, decide that the person who is to participate in a meeting in court must do so by audio transmission or audio and video transmission. There is thus no absolute right for a party to be physically present at a hearing in the procedural code, but it is the court that, based on various appropriateness considerations, has to determine whether this should be the case. There is no corresponding provision in the LSF. Considering the background to and the purpose of the provision in §24 LSF, however, there is reason to also understand it in such a way that the provision is technology-neutral and in itself does not exclude that a person who must participate does so by audio transmission or audio and image transmission.

If the parties do not agree otherwise, it must be considered to be within the arbitration board’s mandate to take a position on whether participants in a negotiation must be present through, for example, audio and video transmission. The fact that a party opposes such presence cannot constitute an obstacle to this.

The future of dispute resolution

As regards the conduct of the hearing in general, the Court of Appeal noted that it appears that a large number of witnesses were involved. However, the arbitration had already been called in May 2019 and there was a strong interest in the spring of 2020 that the arbitration would not further be delayed. In addition, there was great uncertainty regarding the further development of the pandemic. Neither what ICA presented about internal travel restrictions within the company, or the representative’s health, can be considered to have constituted an obstacle to the negotiation. Nothing else has emerged to suggest other than that the technical conditions were acceptable, that the parties have been able to speak and that they have had the opportunity to communicate with each other, the arbitration board and witnesses referred to.

Although this decision is based on the circumstances during the COVID-19, and the special circumstances in the case as such, it is also a form of guidelines for post-COVID disputes, making it easier to have online proceedings for all parties involved even if not all parties agree. As noted initially, a mixed proceeding with some parties participating physically and some online, will risk renouncing neutrality and giving the physically present party advantages that the online present party does not have.

This is also in line with the ongoing work of the EUIPO Boards of Appeal to review its Alternative Dispute Resolution Service (ADRS), including mediation, conciliation, assisted negotiation and expert determination, and offer it online as a result of the COVID-19 crisis.

Maria Zamkova is CEO at Fenix Legal and a registered EUIPO trademark and design attorney as well as a patent attorney. She can be contacted at: info@fenixlegal.eu

‘I hate this rule’: the FTC's controversial non-competes ban