Success Is All in the Planning 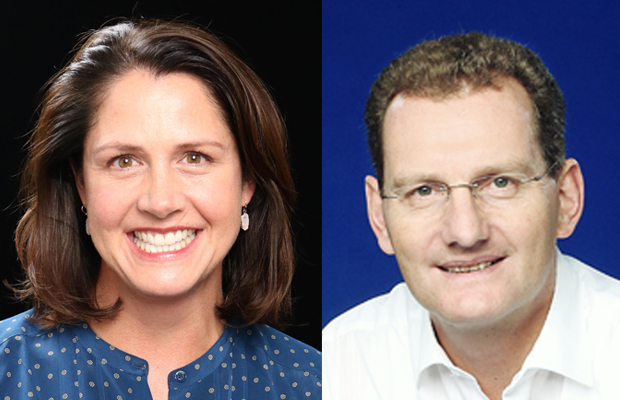 This year’s Annual Meeting Co-Chairs, Dana Brown Northcott and Axel Nordemann, tell Aislinn Burton why Seattle is such a great host city and discuss what registrants can expect across the five-day program.

Seattle, Washington, has become synonymous with industries including coffee, online retail, and aerospace. Starbucks Coffee Company and Amazon.com, Inc. both call the city home, and The Boeing Company’s history with the city dates back to 1910. This vibrant city is therefore a fantastic place for hosting the 2018 INTA Annual Meeting.

INTA returns to Seattle this year for the first time since 2009. More than 10,500 people are expected to attend the five-day event at the Washington State Convention Center, a short walking distance from the iconic Space Needle. The 2018 attendance far surpasses that of INTA’s last visit to this Northwest city, when registration totaled slightly more than 7,500.

“It is always a fantastic opportunity to learn, network, and hold client meetings or workshops.”

For Dana Brown Northcott, Associate General Counsel, Intellectual Property at Amazon.com, Inc. (USA), one of the Co-Chairs of this year’s Annual Meeting, it’s an extra-special treat to have people coming to her hometown. She is not alone in her excitement—her Co-Chair, Axel Nordemann, Partner at law firm Boehmert & Boehmert (Germany), believes the city is the ideal venue.

“Seattle is the perfect location for the Annual Meeting: almost all hotels are within walking distance from the Convention Center, which is conveniently located in the city center, and restaurants and the main shopping area are right around the corner. Seattle, with its maritime flair, is attractive and is always worth a visit,” Mr. Nordemann says.

This year’s Annual Meeting agenda reflects some big political shocks in the United States and overseas during the last few years, which have started to filter down into the legal realm, as practitioners contend with the changing landscape. “One of the more significant changes that affects intellectual property (IP) is probably the United Kingdom’s vote to leave the European Union, which will be addressed in several sessions,” says Ms. Brown Northcott.

While the ensuing uncertainty around Brexit remains a focus for many IP professionals, there have been headline developments in U.S. law, including the U.S. Supreme Court’s ruling in Matal v. Tam last year that the ban on disparaging trademarks was unconstitutional.

Mr. Nordemann notes that The Slants, a Portland, Oregon-based rock band, became famous in trademark law for the Supreme Court decision, and Simon Tam, the band’s founder, will be a speaker on one of the session panels, on Monday, at the Annual Meeting.

Beyond coverage of hot topics like this, the Annual Meeting can be a useful resource for members from all over the world, Ms. Brown Northcott says.

“There is the opportunity to speak with international colleagues and gain different perspectives on managing global portfolios. You can learn so much legal nuance and on-the-ground practical solutions from in-person discussions,” she says.

Mr. Nordemann adds: “INTA’s Annual Meeting is by far the largest conference relating to IP, and it is always a fantastic opportunity to learn, network, and hold client meetings or workshops.”

He specifically points to the Professor vs. Practitioner Debate, two interesting Lunch and Learn sessions, and specific sessions focusing on India, the European Union, Asia-Pacific, Latin America, and the United States.

Preparing an event of such magnitude does not simply begin as soon as the previous year’s meeting ends. Mr. Nordemann and Ms. Brown Northcott have both been working for two years with a project team on this year’s event, including identifying moderators and speakers from around the world.

In addition, glamour is guaranteed: tonight, U.S. rock icons Joan Jett and the Blackhearts, famous for hits including “Bad Reputation,” “I Love Rock ‘N’ Roll,” and “Crimson and Clover,” will be taking to the stage at the Showbox. (Tickets are still available.)

Back to the Day Job

Ms. Brown Northcott has been juggling her Annual Meeting duties with her role at Amazon.com, Inc., where she deals with a wide range of IP matters, such as trademarks, generic top-level domain names, and content-protection issues.

“It’s a lot of fun to work on projects from the branding conception stage through to launch and beyond, and the variety of projects keep us engaged and energized,” she says.

Mr. Nordemann’s practice specializes in trademark disputes, while his spare time is taken up teaching copyright law at the University of Konstanz (Germany).

“My work has become more international. I love working with friends and other local counsel in other jurisdictions, and to travel the world for conferences and client meetings,” he says.

“Find the right people for your project team; then everything will be smooth,” they advise.