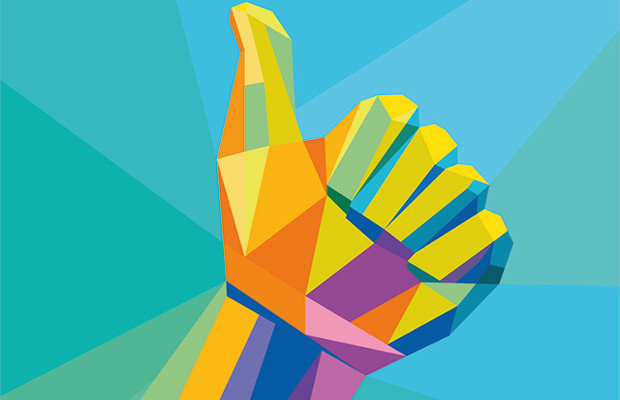 In the age of mass social media platforms, the need for brand owners to monitor the apparent popularity of products is becoming a primary brand protection strategy, says Stuart Fuller of NetNames.

I recently did something I’ve never done before: I created a word. Subject to final approval, it could be entered into the Oxford English Dictionary 2016 edition. As with most words ‘created’ in the modern world, its birth has come out of a trend, in this case a practice that has already landed a host of people in trouble and misled thousands more. Today, we are more likely to believe what a random stranger says online about a company, product or service than a colleague, friend or even a family member.

“Fliking” (Fl-ike-ing), meaning to solicit or buy social media likes, tweets or positive reviews—or, simply, fraud—is my word. Paying someone to say something that could be untrue can be classed as misleading, false advertising or fraud. The practice hit the headlines in October 2015 with Amazon taking legal action against more than 1,000 individuals who had been advertising their services to provide fake five-star reviews on the website Fiverr.

It came after an article was published by The Sunday Times on how easy it was to promote a book to the top of one of Amazon’s bestseller lists through buying fake reviews. TripAdvisor has also attempted to take action against organisations that created either positive reviews for themselves or negative ones for competing businesses.

What happens if the information we use to make our spending decisions is false? We’ve grown up with a set of beliefs instilled in us by our parents, siblings and school teachers that make us wary of a bargain.

“If it looks too good to be true, it probably is” isn’t a new consumer warning, yet we seem conveniently to forget that saying when we go online. The fraudsters and cyber criminals haven’t, and they use fake social media with impunity to grab our attention; worse still, our natural caution goes out the window. Likewise, what impact do these false reviews have on brand owners?

"For less than $100 you can create an impressive social media footprint, one which most consumers would be hard-pressed to see through."

We seem to think that because a hotel or a restaurant has glowing five-star reviews it is a world-beater, or that if a brand has a Facebook page with thousands of likes then there are no problems. While legitimate brands will use social media or peer review sites such as TripAdvisor, so too do cyber criminals. They use exactly the same tactics as genuine brand marketers, building authentic-looking websites, creating a social media presence and trying to divert real traffic to their websites. However, the longer the digital footprint is visible, the more damage it can do to the legitimate brand.

The key to a successful social media strategy is getting your message to the right audience at the right time—in other words, credibility. This doesn’t matter if you are the brand owner or the infringer. Your audience and methods are exactly the same. Creating a false online presence that gives the impression of credibility has never been easier.

A simple search online throws up plenty of results for websites that can provide Facebook likes, Twitter and Instagram followers, LinkedIn connections and positive reviews on TripAdvisor. For less than $100 you can create an impressive social media footprint, one which most consumers would be hard-pressed to see through. Combine this with some targeted advertising on social media and you have the perfect marketing model for today’s internet users.

We are becoming more used to sponsored advertisements appearing in our social media timelines, and these adverts may drive us to fan pages or groups that have thousands of likes. While things may look legitimate, there have been lots of examples of brand infringement. In June 2015, an operation carried out in the UK by a joint task force under the banner Operation Jasper took down thousands of Facebook listings and seized dangerous goods in a crackdown on social media counterfeiting and piracy.

UK Trading Standards said the operation was the largest of its kind ever seen in the UK to combat piracy on social media; more than 4,000 Facebook listings that infringed numerous famous brand names were removed.

Facebook’s terms and conditions, along with those of many other social media networks, are very clear on the issue of advertising goods that infringe trademarks: “Ads must not contain false, misleading, fraudulent, or deceptive claims or content ... Ads must not contain or promote illegal products or services. Ads must not violate the rights of any third parties.” By offering known counterfeit goods for sale, the advertiser is both selling illegal products and violating the trademark and intellectual property rights of the brand owner.

Facebook isn’t alone in facing issues surrounding the advertising of counterfeit goods, but fraudsters are naturally drawn to it as a primary channel because of the sheer scale and reach of the user base—more than one billion active users. It’s hard to know what system it can put in place to verify that each and every advertisement is offering genuine products, while for brand owners the need to monitor social media is becoming a primary brand protection strategy.

It shouldn’t be forgotten that the intended audience needs to be part of the solution, not the problem. If the fraudsters do not get a return on their investment from hoodwinked buyers then they will move on to the next scam, so educating social media users is an essential step that every brand owner can take.

While some buying of likes or followers may be nothing more than vanity-based, creating a false world of positivity, to the consumer there is no clear definition between what’s good and bad. That’s one major reason why any company or individual should not resort to buying social media likes or followers. Brand owners need to monitor the internet to ensure miscreants aren’t trying to create copycat social media identities and then using the goodwill and their reputation to mislead consumers.

For any organisation, protecting website traffic, brand reputation, revenues and ultimately customers’ welfare are the core objectives of moving the business online. Fliking is the latest risk to them and these strategies. Staying one step ahead of the flikers is the latest battle in the war against cybercrime.

Stuart Fuller is director of commercial operations at NetNames. He has experience in brand protection, in both retail and corporate re-sale markets. He can be contacted at: stuart.fuller@netnames.com