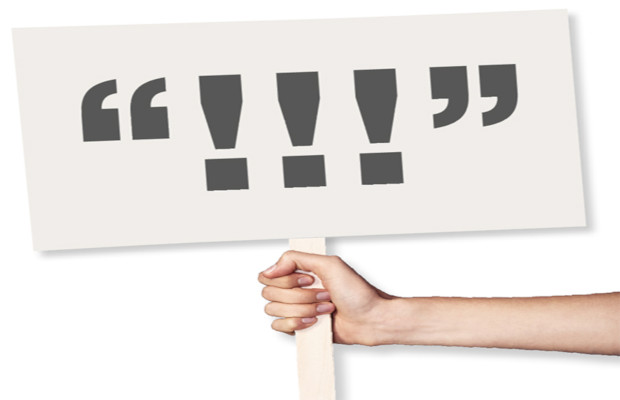 Slogans are expressions, phrases or advertising signs which, through catchy phrases, easily and quickly remind the public of a certain product or service of a specific brand and can indicate whether one is successful or famous.

Although valuable to branding, marketing and advertising, in Brazil slogans have softer and more flexible protection than a trademark; since the Brazilian Industrial Property Law of 1996, they are no longer protectable by any kind of public title or registration. Public titles, such as trademark registrations, are normally strict, and provide some degree of legal certainty and rights to publicity, apart from establishing a priority date, which can be important in a legal proceeding.

Until the Brazilian Industrial Property Law changed, in 1996, it was possible to register a slogan as a trademark, or even on its own, with a specific slogan registration, which was also under the authority of the Brazilian Patent and Trademark Office (INPI). The specific registration lasted three years, with the possibility of unlimited, successive extensions. If the titleholder introduced any modification in the slogan, the registration granted became null, and a new request needed to be filed, so it was generally recommended not to make changes to them.

The South American trade bloc Mercosur’s Protocol on Harmonization of IP Norms on Trademarks and Geographical Indications, through its Common Market Council’s decision 8/95, in which there was an effort to harmonise some of the IP protections among member countries, recommended the protection and registration of slogans was possible through trademarks. However, even though this protocol was brought before congress in Brazil as Draft Legislative Decree 475/97, it was withdrawn from the Congress agenda in 2000.

"Defence against third-party infringement of advertising slogans in Brazil is mainly based on the rules of unfair competition."

The current Brazilian Industrial Property law, reflecting some of the impositions of the TRIPS Agreement, came into force in 1996. Article 124, item VII of this law expressly states that “slogans, signs or expressions used only as a means of propaganda” are not registrable.

The current law not only abolished this kind of registration, it also discontinued all pending applications and disallowed the extension of any existing registrations.  Companies began to look for alternative ways to secure their newly lost protection for slogans.

As an alternative, corporations attempted to register their slogans through notary public offices. Despite the fact that any registration made in a notary’s office is public, these registrations were not disclosed for third parties to contest them, nor were they available for consultation in a database, as was possible when registering at the INPI. Ultimately, the use of such a registration does not have wide effectiveness, so there is little point in using this method.

Another option companies sought was to attempt the registration of slogans as part of an advertising campaign at the Copyright Office of the Brazilian National Library Foundation. Although the registration of slogans on their own was not allowed, if they are contained in an advertising campaign, they could be indirectly protected. However, this still does not provide the best solution, given the lack of assurance

The Brazilian Propaganda Association (ABP) created the Depositary Entity of Advertisement Creation, in order to try to properly protect and register slogans and other marketing creations. However, registration with the ABP was valid for only one year (six months with an extension of another six months) and was not published, as the registrations were sealed in an envelope to protect their chain of custody and prevent tampering.

Some companies, despite being aware of the legal prohibition, continued to file their slogans at the INPI. Some even succeeded. Some tried to fulfil the requirements formulated by the INPI and appealed when denied, but most of them did not even go through with the registration proceedings; their interest lay merely in the effect of making the registration public as a defensive measure.

Even though the mere filing of a slogan as a trademark application does not grant a registration, it is still possible to use it as lawful proof of authorship, as everyone will know who tried to file the subject matter, just by searching on the INPI database, which itself is public and available for consulting online.

Although registrations for slogans are no longer available, they can, like other non-regulated types of IP, be protected through unfair competition provisions.

Unfair competition rules protect companies and consumers from deceptive, dishonest or fraudulent acts in trade and commerce, but not the competition per se. The Brazilian Industrial Property Law brings a closed list of acts which characterise unfair competition crimes. One of the listed items forbids the use of “another’s advertising expression or sign” or an imitation thereof “in a manner to cause confusion between the products or establishments”, especially to consumers, punishable with prison from three months to one year, and/or a fine.

Regardless of the criminal action, the injured party may also seek the proper damages and other civil remedies that they deem appropriate.

In summary, while it is no longer possible to obtain an ownership title to an advertising slogan, that does not mean that it is devoid of legal protection. Defence against third-party infringement of advertising slogans in Brazil is mainly based on the rules of unfair competition. While they may seem “softer” than having a specific registration, these rules are more flexible, which can also bring benefits if legal proceedings become necessary, as there is no need to file a new application every time a company decides to change its advertising campaigns. l

Paulo Parente Marques Mendes is managing partner at Di Blasi, Parente & Associados. His practice of more than 30 years covers all aspects of IP, with a focus on trademarks and unfair competition. He can be contacted at: paulo.parente@diblasi.com.br

Beatriz Vergaça Castro is an IP lawyer at Di Blasi, Parente & Associados. Her current practice encompasses a wide range of IP issues. She is currently pursuing a Master’s degree in IP, technology transfer, and innovation. She can be contacted at: beatriz.castro@diblasi.com.br